The term "fashion icon" has recently replaced the slightly antiquated notion of "fashion leaders." During the second half of the twentieth century, fashion became less hierarchical, more meritocratic, and media-dominated. Indeed, the media itself created its own icons of style, while scrutinizing those proffered up by journalists, stylists, and others involved in the professional process of promoting fashion. The "trickle-down," designer-led fashions of the past were joined by the concept of "bubble-up," where fashions are created on the streets and fed upward through the fashion system. "Style is not fashion until it has reached the street," is a statement popularly attributed to Coco Chanel, herself a leader; she was also part of the democratization of fashion.

The "fashion leaders" of past generations were those in the very highest society-royalty, aristocrats, and their wives and mistresses. The Bourbon courts of pre-Revolutionary France were famous for their fashion excesses, while in the 1790s Napoleon's wife, Josephine, embraced the new "Empire-line dresses," which quickly crossed the Channel. In England, at precisely the same moment in history, the Prince Regent, who gave his name to an architectural style, was consorting with the dandies of the day, including the famous Beau Brummel.

At the start of the twentieth century, magazine journalism had been enlivened by still photographs, and cinema was in its infancy. Much of the newsreel footage from the first decade of the new century showed King Edward VII and his elegant wife, Alexandra; many of his mistresses were also fashion leaders, such as Madame Standish of Paris, who was the first to wear the new "tailor-mades" by Creed to the Paris racecourse; and Lillie Langtry, the music-hall actress, who was a favorite of the popular press. It was her amply curved figure that was the fashionable silhouette, as seen in the popular illustrations of the "Gibson Girls," created by the American, Charles Dana Gibson.

Chanel set up her fashion business before World War I and, in its aftermath, a radically altered society found her designs suited its new needs. During the War, many women had experienced the freedom of wearing trousers for manual work-and freedom of movement was Chanel's aim. She liked wearing men's sweaters and put women in soft jersey and fluid garments. She popularized costume jewelry, the little black dress-and the suntan. She was emulated in every way, and when she came back from the Riviera to display her suntan at the Opera, a new craze began.

The war annihilated a generation of young men; the women who survived wanted to forget, rather than to mourn. Economic independence and changing mores meant new fashion icons were needed for the 1920s-the "Bright Young Things" of London and the stars who personified the Jazz Age: Clara Bow, the "It Girl" of cinema; and the idol of Paris, singer Josephine Baker. In the Roaring Twenties, too, stage actresses-such as Gertrude Lawrence-were still relevant; they, too, had shingled hair, short skirts, and cigarette holders. 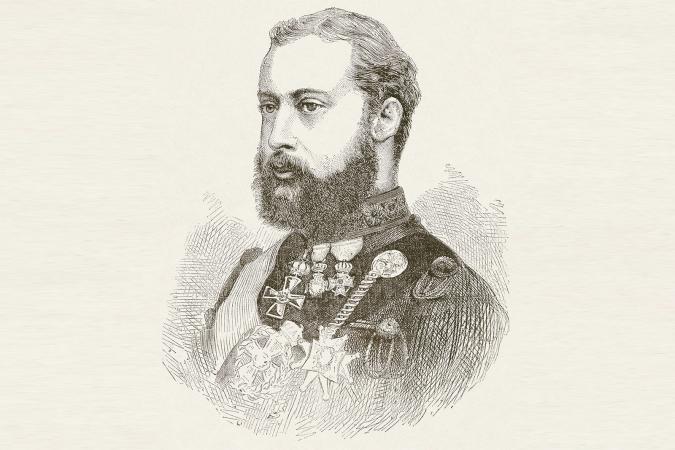 There was still a role for royalty-men and women were fascinated by the dress of Edward, Prince of Wales, and his Oxford bags, plus fours, and Argyle sweaters were widely copied. He even had a fabric pattern named after him-Prince-of-Wales check. His long-term mistress, Freda Dudley Ward, embodied the flapper look of the 1920s, but in the following decade he abandoned her to marry the stylish American divorcée, Wallis Simpson. It was she who formulated the fashion dictum, "A woman can never be too rich or too thin." Although the public was distressed by his abdication, they nevertheless bought mass-market copies of her Molyneux wedding dress.

Technological changes now meant that fashions could be copied at moderate prices, and, at last, ordinary women could copy their icons. This was the decade when Hollywood moguls allowed women to imitate the dresses of their favorite stars, as well as their makeup-Adrian's outfits for Joan Crawford were highly influential, and Travis Banton's dressing of Marlene Dietrich made trousers seem sexy rather than merely functional. Joan Crawford's famous puff-sleeved dress, created by Adrian for the film Letty Lynton in 1932, was instantly copied, and inspired young girls' party dresses for the next ten years. Dietrich in Morocco (1930) was the first woman to don men's evening wear, and created a sensation when she appeared on screen in her tuxedo and top hat.

World War II meant fashion was curbed-and economic recovery was slow in the postwar period of shortages and rationing. The most famous couture collection ever was Dior's New Look of 1947, with its long skirts and nostalgic elegance-it filtered down to high-street level and was popular well into the 1950s with Hollywood costume designers. Edith Head dressed leading stars Grace Kelly, Audrey Hepburn, and the young Elizabeth Taylor in outfits inspired by the New Look.

The 1950s saw a sea change with the advent of youth-oriented fashions, linked to music and to the newly discovered and largest consumer group, the "teenagers." Economic power meant that young people wanted their own fashions and music, and their own icons. Marlon Brando created a particular look with his T-shirt in A Streetcar Named Desire (1951) and his leather jacket in The Wild One (1953). James Dean put the two together-as did Elvis Presley. The changing mood was reflected by the antifashion look of Brigitte Bardot in And God Created Woman (1956)-with untidy hair, short cotton dresses, and bare feet, she was the antithesis of groomed Hollywood glamour.

Jackie Kennedy presented a very different fashion picture in the early 1960s; copies of her suits, dress-and-coat outfits, and pillbox hats were very popular. But taste had changed-and fashion became, for the first time, completely youth-led, with London at the epicenter of the "youthquake." Models such as Jean Shrimpton and Twiggy, film stars like Julie Christie and, above all, musicians, were the new icons. Whether dressed in sharp suits, like the Beatles, or wearing their own eclectic mix of clothes, like Jimi Hendrix and Keith Richards of the Rolling Stones-whatever they did was picked up immediately. Designer Ossie Clark famously dressed Mick Jagger in a white tunic and trousers in 1969, and in the 1970s the male stars of "glamrock" wore makeup.

The economic difficulties of the 1970s produced the hedonism of Studio 54-where Bianca Jagger appeared, attired by Halston-and the confrontational androgyny of punk. In 1977, the Sex Pistols wore clothes designed by Vivienne Westwood-torn, provocative, and fetishistic.

In the 1980s, as economic prosperity returned, so did conventional icons, like the young Princess Diana, and more glamorous icons; the "supermodels" were dressed and lionized by Gianni Versace. Rap stars, like Run-DMC, made active sportswear fashionable; designers copied their look. In the 1990s, there was a need for less "glitzy" icons; fashion followed music into "grunge," photographers like Corinne Day created "waifs" such as Kate Moss, and sports stars became emblems of style. In 2003, there is no shortage of icons-"celebrity culture" has provided, perhaps, too many. This could mean that the notion of a "fashion icon," like that of a "fashion leader," needs to be redefined.

Jacqueline Lee Bouvier was born into a wealthy family and raised to a life of privilege. Her 1953 marriage to Senator Jack Kennedy at the wealthy enclave of Newport, Rhode Island, was one of the most glittering social events of the decade. Mrs. Kennedy became a popular figure during the 1960 presidential campaign; after her husband's election, her beauty, love of clothes, and sense of style set her apart from her rather plain predecessors as First Lady, Bess Truman and Mamie Eisenhower. Criticized in some quarters for wearing European fashions, she patronized American designers, particularly Oleg Cassini (whose designs, however, owed much to European originals). Her inauguration outfit of a fawn-colored woolen coat with matching pillbox hat was instantly copied by thousands of women; a red dress (by Chez Ninon after a Marc Bohan for Dior original) that she wore for a televised tour of the White House became another iconic "Jackie Look."

In 1968, five years after her husband's assassination, Mrs. Kennedy married wealthy Greek shipowner Aristotle Onassis; after his death in 1975 she returned to New York City and lived there until her death in 1994. Throughout those years she dressed with elegance and style; but her time as a true fashion icon came during her brief years in "Camelot," the Kennedy White House. 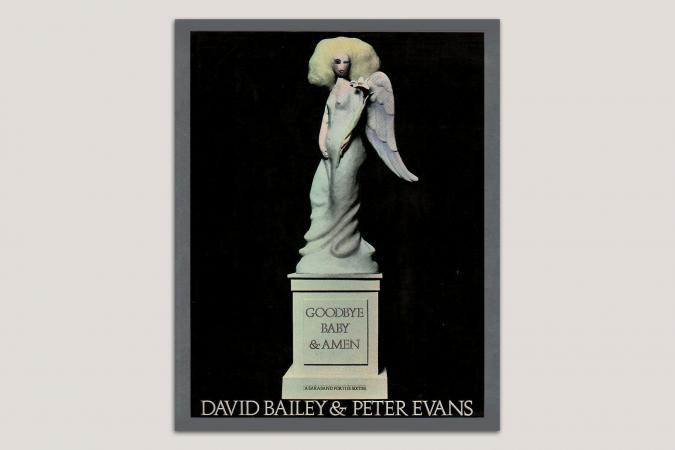 Cecil Beaton. The Glass of Fashion London: Weidenfeld and Nicholson, 1954.