The word "barber" is derived from the Latin barba meaning "beard," and the profession of barber has been in existence since the earliest recorded period. In Ezekiel 5:1, for instance, "the son of man" is urged to "take thee a barber's razor and cause it to pass upon thy head and upon thy beard." The professional status of the barber has changed dramatically over the centuries. The medieval barber was a "barber-surgeon" responsible for not only shaving and trimming hair, but also for dental treatment and minor surgery, especially phlebotomy or bleeding. Barber-surgeons were organized into guilds as early as the twelfth century in Europe, and one of the most famous, the Worshipful Company of Barbers, was created in London in 1308. Barber-surgeons could be recognized in the seventeenth century by their uniform, a "checque parti-coloured apron; neither can he be termed a barber, or poler, or shaver till the apron is about him" (Randle Holme, 1688; in Stevens-Cox, p. 220). The apron had a large front pocket that held the tools of the trade. A white or gray coat had supplanted this traditional outfit by the early twentieth century.

The barber's premises were marked out by a standard sign-a blue, red, and white striped pole. This symbol was derived from the pole gripped during bleeding when the vein in the bend of the elbow was opened. As this operation was performed without anesthetic, it was often painful. When not in use, the pole stood outside the barbershop as sign of service, and the image was incorporated into the characteristic sign that developed. The red and blue on the sign represented the blood of the veins and arteries, and the white symbolized the bandages used after bleeding. The seventeenth-century fashion for a smooth-shaven face led to a boom in trade. The barber would soften the client's bristles with a mixture of soap and water, oil, or fat using a hog bristle brush and then shave him using a well-stropped razor. Demand for barbers' services continued with the increasing complexity of men's hairstyles in the late eighteenth century and the popularity of beards in the nineteenth century.

Barbers had declined in prestige by this time, however, as a result of the trades of barber and surgeon being made independent of one another in 1745. Surgery became a well-respected profession, and barbering began to be viewed as a lowly occupation (as had been true all along in many other cultures). The barbershop of the nineteenth century gained a reputation as a rather in-salubrious place, a gathering place of idle and sometimes rowdy men. In Europe, barbers had a reputation as procurers of prostitutes and cigars, and by the mid-twentieth century, contraceptives, leading to the popular English phrase, "A little something for the weekend, Sir?"

The practice of barbering was also regarded as un-sanitary. In the nineteenth century, a client could be the recipient of a "foul shave" from infected razors and hot towels passed from customer to customer without being cleaned, which caused infections commonly referred to as "barbers' itch." A contemporary description of a barber ran: "The Average Barber is in a state of perspiration and is greasy; his fingers pudgy and his nails in mourning; he snips and snips away, pinching your ears, nipping your eyelashes and your jaw… he draws his fingers in a pot of axle grease, scented with musk and age, and before you can define his fearful intent, smears it all over your head" (Hairdressers' Weekly Journal, p. 73). The British trade publication Hairdressers' Weekly Journal chose this description of 1882 to begin a concerted campaign calling for better education and standards of hygiene among barbers, designed to improve their image and status.

In America, a tradition had developed in the late eighteenth century of black-owned barbershops that catered to a white clientele; prosperous black barbers often became leading members of their communities. After the Civil War, however, the laws of racial segregation in many states prohibited black barbers from tending to white customers, and barbering declined in importance as an African American trade. 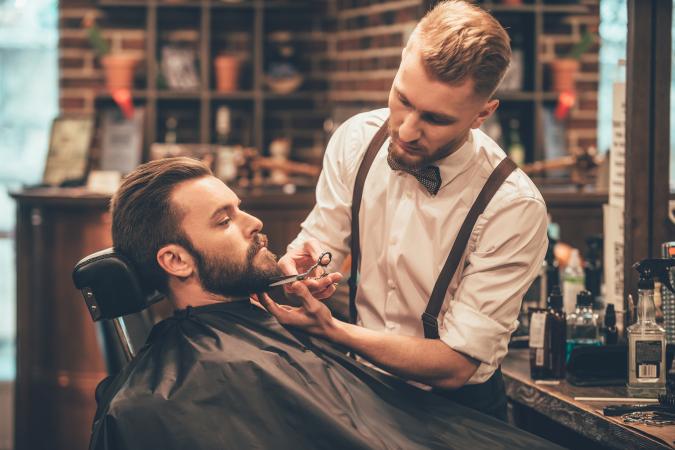 By 1899-1900 Italian men made up sixty percent of immigrant barbers. In Italy, Spain, and France, haircutting was regarded as a profession of skill and dexterity. The contrast in public image was striking: Spain's Barber of Seville versus England's Sweeney Todd, the demon-barber of Fleet Street.

The practice of self-shaving also transformed the role of the barbershop. Jean Jacques Perret invented the first safety razor with a wooden guard along the blade in 1770, but the self-shaving revolution really began with the invention of the Gillette safety razor in 1895. Throughout the twentieth century, barbershops increasingly relied on haircutting rather than shaving as the basis of their trade.

By the 1920s some brave women were prepared to enter the masculine arena of the barbershop to get their hair bobbed. One of these women remembers "walking through the barbershop and being very conscious that we were somehow transgressing male space. The barbershop was filled with groups of men chewing tobacco and engaged in conversations about weather, politics, rodeo, and wrestling" (Willett, p. 1). The vogue for short haircuts was so prevalent that the few hairdressers who could actually cut rather than dress hair were fully booked, and in any case many women preferred to give their hair up to the skill of the barber rather than the hairdresser. Women's hairdressers quickly fought back with formal education and the introduction of lush salons where female clients could be pampered.

With the more elaborate hairstyles of the 1950s, in particular the variations of the pompadour, men began to spend more time and money at the barbers', who began to use the term "men's stylists" to distinguish themselves from the old-fashioned barbershops. By the late 1960s, the longer hair trends for men, which had developed out of counterculture styles, meant fewer and fewer visits to the barber. In the United States, the census figures reported that between 1972 and 1982 the number of barbershops fell by more than 28 percent. This necessitated a change in tonsorial skills and marketing and by 1970 journalist Rodney Bennett-England, who specialized in male grooming, declared, "The old barber, trained in the use of electric clippers, was a technician. Today's barbers are stylists, even artists" (p. 104). He described salons for men that "resemble gentlemen's clubs with deep, comfortable armchairs, wood panelled walls and pictures or prints…. you can easily while away a com plete half-day having your hair heightened, lightened and brightened, your hands manicured and your tired face cleansed and patted back into new vigour" (p. 105). The old barbershop still existed by the early 2000s with a dwindling clientele, but many men with an interest in fashionable haircuts go to "unisex" hairdressers who no longer bother to specialize in either male or female clients. 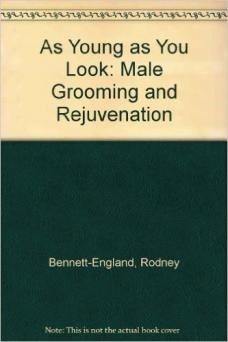 As Young as You Look: Male Grooming and Rejuvenation