An implant is the introduction of a material or object under the skin that changes the shape of the body in that area. Implants create temporary, semi-permanent, and permanent body modifications that transform the volume, space, and mass of a body area. Implants require an invasive procedure or surgery, often plastic or cosmetic surgery.

Changing of the facial structure can involve a wide variety of implant practices, such as soft tissue, cheek, dental, and chin implants. These implants are used for reconstructive and cosmetic purposes. A common facial augmentation is to remove or improve the appearance of existing scars and facial lines. In the latter part of the twentieth century, many rigid and injection implants were developed; the most successful and popular types were soft tissue implants.

Soft tissue implants include collagen, human fat and tissue, Botox, and Gore-Tex. A common type of collagen implant is made from the deep surface of bovine skin. Bovine collagen implants consist of sterile, purified, reconstituted bovine collagen, which is injected into the dermal layers of the skin. The body absorbs collagen, resulting in a smoother skin surface. This type of implant lasts from four to ten months.

Excess fat removed from the body can be injected into areas with wrinkle lines to reduce their depth. This procedure is called "fat grafting," which utilizes a strip of a deep layer of underlying fatty tissue, which may be taken from any location on the body. The fatty tissue is then injected below or threaded into the wrinkle lines, where it may last for several years.

Botox is a safe liquid derived from botulism toxin. This type of implant paralyzes the muscles underneath facial wrinkles, thereby producing a smooth skin surface. Botox is effective for up to five months.

Gore-Tex, a Teflon implant, is injected below wrinkle lines to produce a permanently smooth transformation of the skin's surface. This substance is nontoxic and does not need additional surgery. This type of implant does not need to be repeated, but it can be removed whenever desired or if complications arise.

Cheek and chin implants have been used to reconstruct and reshape the face since the mid-twentieth century. The most common implants for these augmentations include both injection and rigid implants.

Rhinoplasty is a surgical procedure that modifies the size or shape of the nose. Early records, from about 600 B.C.E., refer to Sushruta, an Indian surgeon who implanted necessary cartilage structures and reconstructed noses that were amputated as a result of punishment.

Dental implants are used to replace, reconstruct, or enhance teeth or the jawbone. There is evidence that dental implants were used in early Egypt, where the upper classes replaced their teeth with those extracted from slaves, poor people, or animals. A wide variety of dental implants existed during the twentieth and early twenty-first century, and most involved surgical procedures. 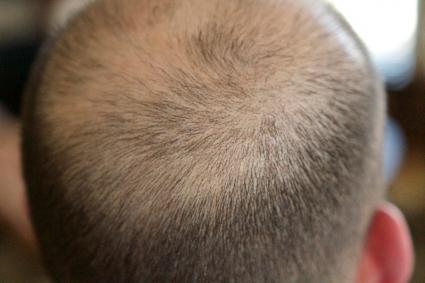 One type of hair replacement is to use small hair grafts or implants, which typically vary in size from two to ten hairs. The grafts are placed in the scalp according to the natural hair patterns. Originally punch grafts were used that placed about ten hairs with each punch. By the late twentieth century, mini- and micro-grafts placed groups of one to four hairs at a time.

While both males and females have chest augmentation, the primary difference is that female augmentations are referred to as breast implants, whereas males have pectoral implants. Breast implants typically replace or enhance and increase the size of a female's breast. Pectoral implants push the chest muscles outward, creating the appearance of a larger, more muscular chest.

Chest augmentation involves inserting implants into the chest. Silicone gel chest implants were invented by the plastic surgeons Thomas Cronin and Frank Gerow in the early 1960s. This silicone gel implant was developed into a commercial product by Dow Corning in 1962. Other manufacturers introduced chest implants in the late 1960s. Chest implants were once filled with silicone gel, but it was banned in 1992 due to health risks. The Federal Drug Administration (FDA) reported that silicone was linked to connective tissue diseases, such as arthritis and lupus. As a result, chest implants were modified to silicone bags filled with saline. Saline implants are shaped and sized according to the desired appearance, and the implant surface can be smooth or textured. Breast implants are either round or teardrop-shaped, while pectoral implants are more flat and circular. The type of implant used will usually depend on individual preferences.

Calf augmentation enhances the calf muscle of the leg with the placement of a solid silicone rubber implant on the back of one or both calves. Men and women have calf augmentation to create more shapely calves or to produce symmetry, when one calf is significantly smaller than the other. 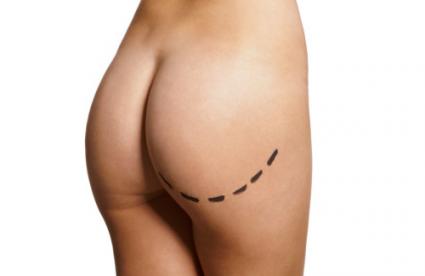 Buttock implants augment a flat posterior. The implant is placed in between the gluteal muscles, increasing and changing the shape of the buttocks. There are two types of implants to be used for this procedure: solid and cohesive implants. The solid buttock implant is made from a dense silicone, which is uncomfortable and lacks a natural appearance. The cohesive implant is made from a lighter, less-dense silicone gel, with additional flexibility. Both types of implants resist rupture, but the FDA has approved only the latter.

Teflon and surgical steel implants are primarily subcutaneous body art used by the Modern Primitive subculture. These implants take shape as horns, beads, gauged jewelry, organic shapes, and the like. Steve Haworth is a "3-dimensional body modification artist," who invented the specialized instruments and procedures to place the Teflon implants just under the surface of the skin. The procedures used for these types of implants are invasive, but do not require any anesthesia (occasionally local anesthesia is used for more extensive implants). In 1999, the Guinness Book of World Records recognized Steve Haworth as the "Most Successful 3-Dimensional Artist" in the world.

As with most body modifications that require surgery, implants have associated health risks. Common risks include pooling of serum or blood, blood clots, infection, prolonged swelling, rupture, and loss of sensation. Cosmetic problems can also occur, such as rippling of the skin or undesired settling.