During the Renaissance, Italian city-states such as Florence were centers of fashion innovation. For centuries thereafter, however, Paris dominated the world of fashion. Of course, fashions were produced in Italy during that time, but they were usually derivative of French styles. Only since the 1950s has Italy achieved its own independent identity as a source of fashionable clothing for the rest of the world.

Influence of the Italian Look

The emergence of the "Italian look" drew on important historical advantages, such as the existence of fine craft traditions in textile production, luxury leather goods, high-quality tailoring, and other trades crucial to the fashion system. The artistic textiles and garments of Mariano Fortuny were well known internationally in the decades before World War II, as were the superb men's woolen suiting fabrics woven by Ermenegildo Zegna and fine accessories made by Ferragamo and Gucci. Still, it is symbolic of Italy's relative invisibility on the international fashion scene that Italy's most famous prewar designer, Elsa Schiaparelli, was based in Paris.

Modern Italian fashion first came to international prominence with the rapid post-World War II war reconstruction of the textile industry and the rise of ready-to-wear clothing production, as Nicola White documents in her important book Reconstructing Italian Fashion. The postwar rise of Italian fashion was not accidental. A number of Italian manufacturers, with the support of the Italian government, made a systematic effort to create an export-oriented fashion industry that would play a significant role in Italy's postwar economic reconstruction. Beginning in 1949 fashion shows designed to emphasize Italy's heritage of art and culture were staged to capture the attention of foreign journalists. In July 1951 a pivotal fashion show in Florence attracted almost two hundred American buyers and journalists, along with another hundred from Italy and elsewhere in Europe. Soon journalists and department store buyers attending the Paris fashion shows began to take the train down to Florence. There, fashion presentations were conceived, in part, to cater to the demand for creatively constructed, well-made ready-to-wear combining distinction and informality, adapted to the American fondness for sunny weather and colorful, affordably priced garments. Originally, the Italian alta mode (couture) houses also showed in Florence, but soon the couturiers for a variety of reasons began to show instead in Rome, where many of them were members of Roman society. There they organized and presented their own singular creations for la dolce vita.

The commercial and cultural relationship between Italy and America played an important role in the postwar development of Italian fashion. One manifestation of this was the close connection between the worlds of film and fashion. For example, the Fontana Sisters, who had opened their couture house in Rome in 1944, became closely associated with Hollywood glamour. Ava Gardner wore Fontana dresses in the 1953 film The Barefoot Contessa. Other film stars, including Audrey Hepburn, Elizabeth Taylor, and Kim Novak, wore Fontana Sisters evening dresses, and Margaret Truman was married in a Fontana Sisters wedding dress in 1956. Also important in the glamorous world of film was Emilio Schuberth, who was born in Naples in 1904 and opened a couture house in Rome in 1938. Among his clients were Gina Lollobrigida and Sophia Loren.

Emilio Pucci entered the fashion business in 1948 and quickly became known for his kaleidoscopic textile designs, which were made up into "featherweight" jersey scarves, shirts, and other separates. Pucci helped establish the reputation of Italian designers for easy, comfortable, body-conscious clothing. His brightly colored fashions were part of a broader range of Italian products, such as Vespa motor scooters and Olivetti typewriters, that became icons of modern style. By the early 1960s, it was clear that Italy had changed the way the world looked; the word "Italian" had become synonymous with "good design."

Another important Italian designer was Roberto Capucci, born in 1930, who opened his own atelier in Rome in 1950 and quickly gained a reputation as a master of both silhouette and color. Capucci approached his work as an artist, pleating and manipulating fabric into fluid, sculptural forms. Probably the single most important and successful Italian designer to emerge during the 1960s was Valentino. Valentino Gavarni studied couture in Paris before opening his own alta moda house in Rome in 1960; his career now spans more than four decades. He designs both ready-to-wear and couture, and is known for his fondness for brilliant red fabrics. His opulent gowns have appealed to many celebrities, from Sophia Loren to Gwyneth Paltrow, but his most famous client was Jacqueline Kennedy, who wore a lace-trimmed Valentino dress for her marriage to Aristotle Onassis. 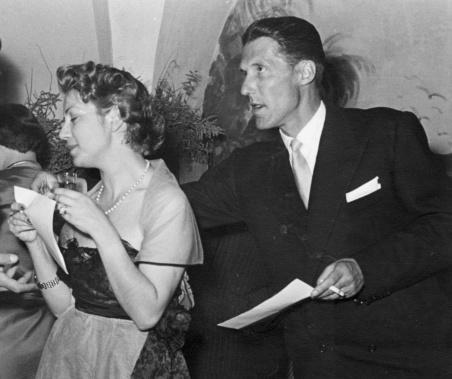 The Italian Look that had such a profound impact on women's fashions extended to men's wear as well. Even before World War II, Italy had an international reputation for the highest quality bespoke shirts and men's accessories. By the 1950s, tailoring firms such as Brioni created the "Continental look" in menswear. Italian tailors created luxurious, body-conscious suits that offered a clear alternative to the dominant Ivy League look of American men's wear and the traditional styles of London's Savile Row.

The persistent, unresolved competition between Florence and Rome, each with its own schedule of fashion shows, contributed to the rise of Milan, which emerged in the 1970s as the center of Italian fashion for both men and women. Some of the most innovative Italian houses, including Krizia and Missoni, shifted their collections to Milan, as did the influential stylist Walter Albini, who designed for several different firms that showed in Milan, as well as producing clothing for his own label.

A northern Italian industrial city, Milan lacked the historic allure of Rome and Florence, but was able to draw on the established Italian tradition of fine textiles. Textile producers in northern Italy provided financial backing to Italian clothing manufacturers who showed in Milan. Moreover, Milan was known for modern product design, and Vogue Italia had been published there beginning in 1961. The rise of a ready-to-wear clothing industry was a natural consequence of these circumstances. Two designers in particular rose to prominence and worldwide fame in this milieu: Giorgio Armani and Gianni Versace.

Armani revolutionized men's wear in the 1970s, creating unstructured jackets that were as comfortable as sweaters and that radiated an air of seductive elegance. Armani's clothes were prominently featured in the 1980 film American Gigolo; by 1982 his picture was on the cover of Time magazine. His women's wear was also characterized by an easy elegance and luxurious minimalism. Meanwhile other Italian firms long known for fine fabrics and superb workmanship, such as Ermenegildo Zegna, also benefited from the rise of Italian tailoring to a position of world leadership from the 1970s onward.

Very different from Armani was Gianni Versace, who founded his own label in 1978. Where Armani emphasized understated luxury, his rival Versace grounded his designs in an aesthetic of flamboyance and display; he produced, for both men and women, some of the most sexually expressive clothing ever made within the mainstream of fashion. After Gianni Versace was murdered in 1997 in Miami, his sister Donatella became the company's head designer. Having collaborated closely with her brother for many years, she was able to build on his aesthetic, while also making her own contributions to the Versace style. Popular music, for example, had always been a passion of Gianni's, but became even more central to Donatella's style. Her body-revealing and consciously outrageous dresses, worn by top singers and actresses, became by the early 2000s an eagerly awaited feature of the annual Oscar and other entertainment business award ceremonies.

Franco Moschino was overshadowed commercially by Armani and Versace, but his witty send-ups of the fashion system were popular with women who wanted to be seen as stylish but not as "fashion victims." Other important Italian designers of the late twentieth and early twenty-first centuries include Romeo Gigli; Gianfranco Ferré; knitwear designer Laura Biagiotti; and Renzo Rosso, founder of the irreverent sportswear firm Diesel.

Among the most remarkable success stories of Italian fashion in the late twentieth century are the revival of Gucci under the direction of the American Tom Ford, the rise of the firm of Prada, and the impact of Dolce & Gabbana. After Miuccia Prada took charge of her grand-father's small, respected leatherwear firm in the 1980s, it burgeoned into an international phenomenon in accessories, shoes, and clothing. Her first big success was a black nylon backpack with a triangular silver label that became a must-have cult item among fashion-conscious women. By the mid-1990s, Prada bags and shoes were setting the international standard for cool. Meanwhile, Gucci, founded in the 1920s as a leather-goods firm, and famous among jet-setters in the 1960s, had lost prestige until its reinvention in the 1990s as a source of ultrasexy fashions and accessories. Domenico Dolce and Stefano Gabbana founded Dolce & Gabbana in 1982, and skyrocketed to fame with fashions that recall the sex-bomb stars of 1950s Italian cinema.

Italy as a Fashion Capital

Italy's success as a center of modern fashion derives in large part from a uniquely Italian model of the fashion industry, quite different from that in other countries. It is immediately apparent, for example, that the family unit remains an important feature of the Italian fashion system. Craft traditions also remain strong. At the same time, the most up-to-date technology is readily available. While a handful of star designers from Milan and Rome attract public attention, hundreds of anonymous but highly trained creative talents work at family firms and large companies throughout the country. A skilled workforce is available both for factory employment and in small-scale production by independent contractors. Florence, Rome, and later Milan have all been important fashion centers, but the geography of Italian fashion is widely dispersed, and different regions of Italy specialize in different materials and goods. In addition to the regional segmentation of production in specific geographic areas known as "the Districts," the Italian fashion system is also characterized by the vertical integration of production from fiber to finished product.

The Italian fashion system in the early 2000s integrates state-of-the-art production of modern apparel, relaxed tailoring, luxury leather goods and knitwear, and research into new modes of design and production together with thread, yarn, and fabric innovations. Italian style is characterized by understated luxury and modernism, as well as glamour and sensuality. Fashion designers in Italy are not considered "artists" so much as skilled workers within an industrial system. One of the dominant characteristics of the Italian fashion industry is its interdisciplinary nature: the seamless blend of product development, new materials and technology, new communications methods, celebrity, tradition, and art. 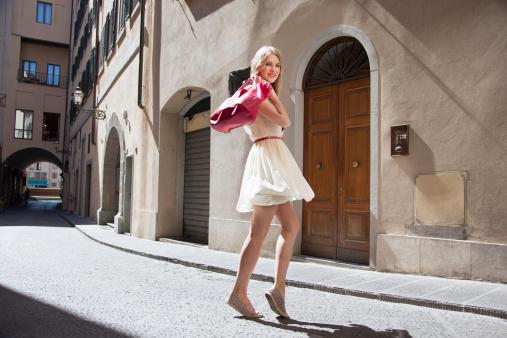 Since the Biennale di Firenze in 1997, which included a city-wide exhibition that posed the relationship between art and fashion, further opportunities of this kind of convergence have been created; for example, the Fondazione Prada in Milan has an exhibition policy of promoting contemporary art. Nothing could be more representative of a designer's aesthetic spirit than a flagship store. In 2000, Prada Group hired the eminent architect Rem Koolhaas to conceive of new and technologically innovative retail spaces for the presentation of products in new and ultra-modern ways. And, as Guy Trebay wrote in the New York Times, Carla Sozzani, proprietor of Corso Como 10 in Milan, presents Italian and international luxury brands in a "true theater of commerce."

Italian fashion has evolved to supply the market with styles based on both the latest technology and traditional craftsmanship. Designers concur that imagination, research and experimentation are the basis for the Italian Look. 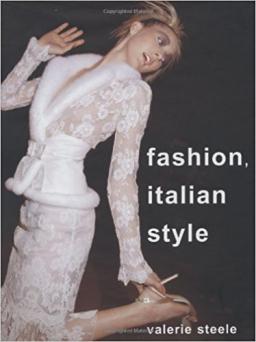