Latinos are people of Latin American ancestry in the United States. "Latino" is a term that embraces cultural differences among Spanish-speaking people and persons with indigenous and/or African American roots with ancestry from Latin America and the Caribbean. Thus, Latino or Latina style is a collective phrase that expresses group style for a diaspora of people.

In its broadest sense, Latino style is a contemporary manner of dressing by Latinos who pay particular attention to personal, fashion, or ethnic style that sets them apart from other ethnic groups in the United States. It is difficult to specifically characterize Latino style because Latinos as a group are not homogenous. However, Latinos tend to have high fashion interest, be brand conscious and loyal, and devote a larger percentage of household income to clothing purchases than other ethnic groups.

A rising Latino population and an increasing number of Latino celebrities are kindling interest in Latino cultures. Selena, the Tejana songstress, is credited with sparking widespread attention to the Latino market in the 1990s. In the early 2000s, actress and singer Jennifer Lopez (J.Lo) has influenced fashion with her clothing line and personal style. Contemporary Latina celebrities reflect strong personal styles and high fashion orientation, but minimize ethnic style compared with stereotyped Latina actresses of the past, such as Carmen Miranda.

Latina style is often illustrated as sexy, fashionable, and urban in contemporary magazines such as Latina and Urban Latino, by featuring longhaired models wearing body-revealing fashion clothing and emphasizing makeup wear. Other magazines, such as Latina Style, portray Latinas as educated professionals who are family-oriented and style-conscious. There is clearly an attention to appearance by the businesswomen featured in Latina Style that encompasses polished hair, makeup, and clothing styles.

Latino style and mainstream fashion have also been shaped by noncelebrities, such as working-class Latinos. For example, in the 1980s, cholas, female gang members, began wearing a distinct dark lip liner and lighter lipstick that became a popular mainstream fashion.

Particular manifestations of Latino dress include special-occasion dress, costume for performance, unique day wear, and group dress. A quinceañera is a celebration for young girls of fifteen as an initiation into adulthood. With origins in pre-Columbian cultures, quinceañeras have spread to many Latino cultures and religions. The celebration often includes a mass followed by a reception. The quinceañera wears an elaborate floor-length ball gown of white, cream, or a pastel color. The ensemble can include a train, headpiece, gloves, high-heeled shoes, and elaborate hair and makeup. The celebrant is accompanied by a similarly dressed female court and male attendants wearing tuxedos.

Another familiar dress is that of mariachi, the "uniform" of musicians who perform a specific type of Mexican folk music. The contemporary ensemble was borrowed from the elegant suits worn by charros (Mexican horsemen) and gentlemen ranchers that include a close-fitting short jacket, close-fitting pants, shirt, belt with large, ornate belt buckle, wide bow-tie, boots, and sombrero. The sombrero, jacket, and pants are elegantly embroidered and may include extensive silver ornamentation.

A guayabera is a men's shirt style that signals Latin American heritage and is worn by men of all ages. Originating in Cuba, the guayabera is the quintessential shirt worn in hot climates. Made of lightweight fabrics, it is usually white, cream, or pastel colored, and is worn untucked. The guayabera is distinguished by its vertical rows of pin tucks or embroideries on the front and back, four symmetrical pockets, straight hem, and side vents. 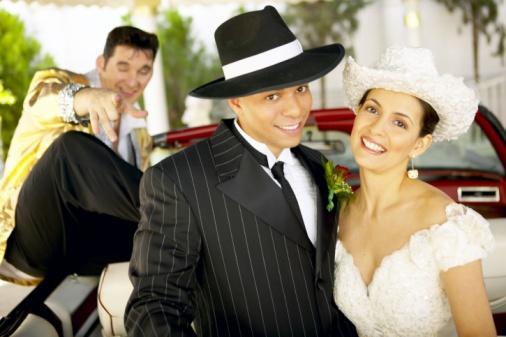 In the twentieth century, group style emerged among Latino youth. The "pachucos" of the 1940s surfaced in the barrios of Los Angeles and the southwest. Pachucos were recognized by their distinct dress, mannerisms, and language. Dress for males was the adopted zoot suit, consisting of baggy, pleated pants with pegged legs and cuffs, elongated, padded shoulder jackets, long watch chains, hats, and thick-soled shoes. Hair was worn long and slicked back in a ducktail style. Females, "pachucas," wore tight, short skirts, sheer blouses, long hair, and heavy makeup. The Zoot Suit Riots of 1943 took place in Los Angeles and were the result of bias against Latinos; there was not any real provocation.

Pachucos are thought to be the precursors of low riders and of the cholos who emerged in the latter half of the twentieth century with their own distinct dress styles. Low riders are largely Chicano car-club members whose vehicles have been heavily customized and ride low to the ground. Multiple generations of low riding may exist within a family. Low-rider culture, cars, and persons are featured in Lowrider magazine, which first appeared in 1977.

Founded by Helen Martinez, a Latina and a University of Southern California graduate, Chica, Inc. clothing company ( http://www.chica1.com), targets Latinas from ages twelve to forty. Chica consumers are characterized as having ethnic pride, being self-assured, and connecting with the Spanish language. The company advertises its T-shirts as "having attitude." Presently, Chica clothing is sold in high-volume department stores, such as Macy's and Mervyn's.

Cholos are urban youth who may be gang members, car-club members, or simply influenced by the cholo lifestyle. Gang members are called gangsters. They are identified by their unique style of dress, speech, and gestures. Although cholo style varies from group to group, khaki pants, white T-shirts, plaid long-sleeve shirts, and bandanas are included. Cholas are usually gang members who wear khaki pants, T-shirts or tank tops, plaid long-sleeve shirts, flat black shoes, extensive makeup, and long hair. Makeup includes heavy eyeliner and brown lipstick. Both cholos and cholas may signal gang membership through tattoos and the use of unique hand gestures specific to a group. 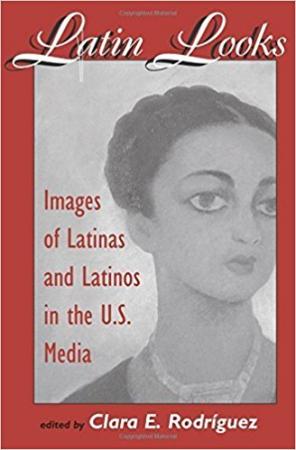