In the twenty-first century, London ranks highly amongst the world's cities as a distinctive fashion center. Its characteristic products and sense of style compete with and complement the fashion values of other global fashion capitals including Paris, New York, Milan, and Tokyo. In the popular imagination, which is fed by the stereotyping tendencies of fashion journalism, London has become most associated with the traditional handcrafts of tailoring, shirtmaking, hatmaking, and shoemaking that underpin the image of the English gentleman, a vibrant subcultural club and street scene, and the nurturing of eccentric and innovative design talent in its famous art schools. These are largely phenomena that blossomed during the twentieth century, but London's fashion history is as old as the city itself and closely related to its economic, social, and cultural development over time.

With its thriving docks and strong mercantile economy, London operated as a natural hub for trade and cultural exchange in the late medieval period, building on a heritage that stretched back to its status as an important port on the western fringes of the Roman Empire. By the fifteenth century, it was already one of the largest cities in the world, though it could not compete with smaller European centers such as Paris, Florence, and Rome as a focus for the production and display of fashionable commodities. London operated more as a transit point in an international fashion system, exporting primary or unfinished products like wool and metal and importing luxuries such as fur and embroideries. But in a national context, the city began to exert a formidable political and cultural pressure over the rest of the country as parliament, law courts, and the crown established permanent bases there. This process drew the rich and influential into London and helped to ensure that fashionable trends originated in its streets, markets, and great houses. The palaces of Henry VIII, Elizabeth I, and Charles I at Hampton Court, Greenwich, and Whitehall thus operated as forcing houses for a very English sense of sartorial style, which nevertheless still relied largely on the pattern books, fabrics, and craftsmanship of Spain, France, and Italy for its luxurious impact.

By the early eighteenth century, the political stability afforded by the accession of the Hanoverian line of monarchs and a prosperous professional class, together with the increased income that attended London's rise as the capital of a widening network of colonies, meant that the city entered a new phase of development during which its growing confidence and urbane sophistication produced the distinctive sartorial identity that would influence world trends for the next three centuries. After the Great Fire of 1666, London's developers and architects had shifted their attention westward and the arising geography of graceful squares and parks encouraged the aristocracy to base their domestic and business affairs in the West End during those periods of the year (later known as the Season) when Parliament was sitting or the royal family was in residence. The flurry of social activity that followed, with its balls, theater visits, and court presentations, offered great incentives to entrepreneurs in the clothing trades, and it was on this basis, from the 1740s on, that the craftsmen of Savile Row, Jermyn Street, and St. James's established themselves as producers of a home-grown masculine style of dressing, replete with the genteel codes and sporting influences that have bracketed the idea of London with the identity of the dandy. The methods of tailoring developed in Savile Row in the eighteenth century also went on to inform the design of women's wear in the capital, producing the severe "tailor-mades" of the late nineteenth century and the artfully restrained creations of Norman Hartnell, Hardy Amies, and Victor Stiebel in the mid-twentieth century. 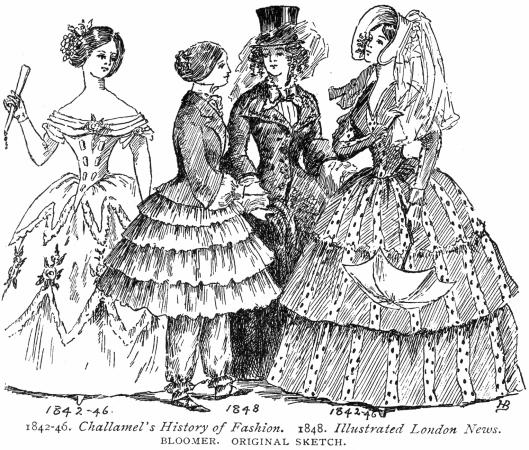 Through the nineteenth century the range and organization of the clothing industries in London expanded considerably, augmented by successive waves of immigration. As the West End became increasingly associated with the consumption of high quality, locally produced bespoke goods, so the East End or working-class districts of Aldgate and Bethnal Green played host to other, less prestigious forms of manufacturing. In the eighteenth and early nineteenth centuries, the French Huguenot community had woven high-quality figured silks for gowns, waistcoats, and ribbons in the upper floors of their tall Spitalfields houses, but by the 1870s, when the fashion for brocades had passed, the sewing of shirts and ready-made suits provided one of the few opportunities for employment in an area bedeviled by poverty and overcrowding. Even then, the infamous practice of sweating ensured that clothing production was a profession of poor pay and low esteem, associated with the exploited labor of women and Jews.

Some aspects of Victorian London's fashion scene maintained a positive gloss. In line with the city's entrepreneurial spirit, the capital witnessed several pioneering inventions such as William Perkin's discovery of synthetic (aniline) dyes in the late 1850s or Thomas Burberry's experiments with waterproofing later in the century. Perhaps the most lasting innovations to come out of London in the period were in the realm of fashion retailing. By the 1830s the West End had been transformed by the architectural renewal set in place by the Prince Regent and John Nash. The new arcades leading off of Piccadilly and the majestic sweep of Regent Street offered a fresh conception of shopping as a modish leisure activity for the middle and upper classes, where emphasis was placed on spectacular display, comfort, and escapism. Unsurprisingly, the first great couturier Charles Worth learned his trade in a Regent Street emporium, and two decades later in the 1870s and 1880s Arthur Liberty perfected the selling of a lifestyle nearby, in a store that provided all the exotic accoutrements for the aesthetic movement. Napoleon's dismissive take on the English as a nation of shopkeepers would find further resonance in the development of the great London department stores such as Harrods, Selfridges, and Harvey Nichols from the Edwardian period on, and the emergence of the "happening" fashion boutique in Chelsea and West Soho in the 1950s and 1960s. 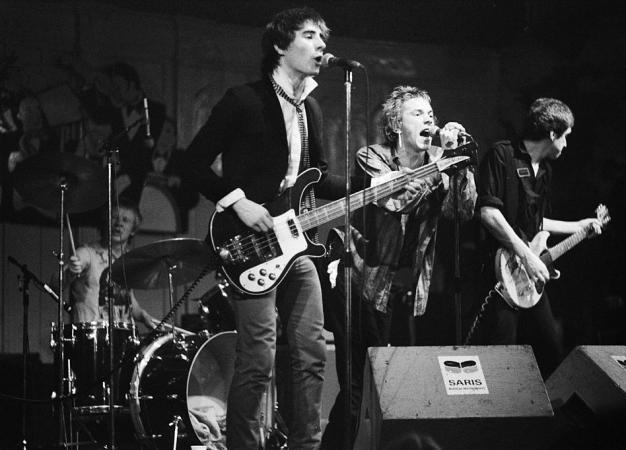 These London traits of tradition, innovation, and a certain sense of theatricality continued to inform the development of fashionable style in the city in the twentieth century. In the late 1940s and 1950s young men from chic Mayfair and working-class South and East London, with seemingly little else in common than a passionate interest in style as a means of subverting the stultifying status quo, resurrected Edwardian notions of elegance in a shocking manner of dressing that soon became associated with the "Teddy Boy" craze. Their velvet-trimmed draped jackets, drainpipe trousers, and extravagantly combed hairstyles presaged a succession of teenage poses whose influence was felt worldwide. The Mods of 1960s Carnaby Street and the Punks of 1970s King's Road all earned London a certain notoriety as the breeding ground for revolutionary acts of sartorial rebellion.

Various London designers have found their inspiration in this street-level creativity. In the 1960s Mary Quant, Barbara Hulanicki (of Biba), and Ossie Clarke were closely associated with the phenomenon of "Swinging London," famously promoted to America by Time magazine in 1966; while in the 1970s Zandra Rhodes and Vivienne Westwood offered a more astringent and eccentric take on contemporary mores. By the 1980s and 1990s a generation brought up in the hedonistic, post-punk environment of neo-romanticism and the commercial club scene, seemed more adept at selling their London-honed individuality abroad. Central Saint Martins-trained John Galliano, Stella McCartney, and Alexander McQueen, and the Royal College protégé Julien McDonald have thus famously risen to supplant local talent at the creative helms of the great Parisian fashion houses. But behind the famous names, the studios and warehouses of London continue to support an active and influential local economy of young independent designers, stylists, photographers, publishers, and journalists (London has nurtured a wide-range of edgy fashion magazines including The Face, i-D, Sleaze Nation, and Dazed and Confused). Though there has been little concrete state support for the growth of a British fashion industry, the sheer size, diversity, and chaotic energy of the British capital still seems to foster a productive and adventurous sartorial spirit in the early twenty-first century.