Paris has been the fashion capital of the Western world from the seventeenth century to the twenty-first century, although other cities, such as New York, London, and Milan, also have become important centers of fashion. The clothes we wear today owe a great deal to Paris, even if they were designed (and almost certainly manufactured) elsewhere in the world.

Paris Emerges as a Fashion Capital

Prior to the rise of the modern nation-state fashions were geographically dispersed, with loci in Florence and other powerful Italian city-states as well as at the courts of Burgundy and Spain. But France emerged from the end of the Thirty Years' War, in 1648, as by far the largest, richest, and most powerful state in Europe, and the rulers of France-most notably Louis XIV (reigned 1643-1715)-understood that fashion was a potent weapon in establishing France's cultural preeminence. Louis XIV exercised control over his aristocrats by requiring that all who were in attendance at his new court at Versailles be dressed in appropriate fashions. At the same time the king's chief minister, Jean-Baptiste Colbert, recognized the growing economic importance of textiles and clothing and harnessed the power of the state to France's fashion leadership.

By the eighteenth century, wealthy foreigners were traveling to Paris to have their clothes made, or they employed seamstresses and tailors to copy the latest Paris fashions (which were described in the newspapers of the day), exclaiming all the while at how quickly the fashions changed, how expensive everything was, and how outré the fashions had become. These intertwined themes- eagerness to follow the latest Paris fashions, and outrage over their extravagance, expense, and immorality-were to characterize foreigners' attitudes toward Paris fashion for centuries. Meanwhile, the high-quality tailoring of London (where men's dress was increasingly based on country and sporting clothing, rather than on "Frenchified" court fashions) began to make its influence felt on the continent, and men of fashion throughout the Western world began to dress in English style.

The leadership of Paris in women's fashions accelerated during the nineteenth century, with the rise of what became known as the haute couture. It was not merely that the arts of fine sewing, cutting, and the myriad other techniques necessary for the production of fine garments flourished in Paris. The structure of the industry also evolved, as dressmaking moved from being a small-scale craft to a big business. Prior to the middle of the nineteenth century there were no fashion designers, as such. Dressmakers, assisted by specialized skilled workers, collaborated with their clients to produce garments in the latest styles (which were widely publicized in the burgeoning fashion press). The first true couturier was the Englishman Charles Frederick Worth, a dynamic and enterprising man whose skills at clothing design and dressmaking were matched by his skills for merchandising and self-promotion. He portrayed himself as an artist and an arbiter of taste, whose function was to understand what his clients should wear and to dress them accordingly-a far cry from the old system under which dressmakers basically executed their customers' orders. Meanwhile, the new Paris of grand boulevards shone even more brightly as the setting for fashionable display.

Worth was the first of many designers who took Paris fashion in the direction of the haute couture, the pinnacle of custom dressmaking. But fashion also evolved simultaneously toward the production of confection, ready-made dresses, and other garments made for sale in the innovative department stores where items were attractively displayed and clearly marked with fixed prices. In these stores, shopping became a form of recreation that made affordable versions of fashionable dress available to a broad segment of the city's population. By the late nineteenth century, the garment industry, embracing both couture and confection, and including ancillary activities such as distribution, merchandising, journalism, and illustration, was one of Paris's most important industries, employing tens of thousands of workers and making a major contribution to the French national economy. This was recognized in French government backing for efforts to publicize Paris fashions in world markets; for example, fashion was prominently featured in numerous international exhibitions held in Paris. 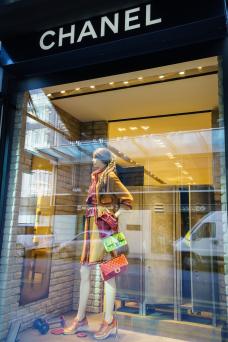 Paul Poiret was the most influential fashion designer of the early twentieth century, to be followed in the 1920s by Gabrielle (Coco) Chanel, whose dresses redefined elegance as understatement. Chanel had many competitors, however, including Madeleine Vionnet, Jeanne Lanvin, and Elsa Schiaparelli. In the years between the two wars designers (mostly women) created styles that were feminine and body-conscious, and imitated all over the world.

New techniques contributed to the rapid dissemination of Paris fashions throughout the world. Whereas in the nineteenth century clients were shown sample dresses and fitted for their own garments in the privacy of couturier's showrooms, by the early twentieth century the fashion show, with its now-familiar parade of models wearing the season's new outfits, had become the standard means by which designers introduced their new collections. News of the latest fashions was quickly relayed to magazines and newspapers abroad, and copyists worked overtime to sketch the new designs for production in less expensive ready-to-wear versions. Fashion photography, which by the end of the 1930s had decisively displaced fashion illustration as the preferred means of representing fashion in editorial and advertising copy, also gave rapid publicity to new designs.

World War II and the German occupation of Paris dealt a severe blow to Paris's fashion leadership. Many couture houses shut down for the duration of the war. Those that remained in business found both materials and customers in short supply. Even worse, the vital American market threatened to go its own way, as sportswear designers such as Claire McCardell made a virtue of "the American Look" during this hiatus in Parisian fashion leadership. With the end of the war, the reestablishment of the fashion industry was one of the top priorities of the new French government. With Christian Dior and the creation of the New Look in 1947, Paris found its champion of reasserted fashion leadership.

Dior and his contemporaries, such as Jacques Fath and Hubert de Givenchy, represented a new development in the fashion business. Unlike many of the women designers of the between-the-wars years, whose companies were often very small, these male designers (and a few women, most notably Chanel) were at the helm of large, well-funded corporations, equipped to compete in a new climate of international trade and finance. In addition to their couture collections, they also licensed their names to American manufacturers who produced less expensive lines and ancillary products.

Paris vs. the World

The new reign of Paris did not last long, however. In the early 1960s the "Youthquake" fashions of Carnaby Street turned all eyes on London. Self-taught English designers such as Mary Quant popularized the miniskirt and other "mod" styles. Since the French lacked a youth culture comparable to that of England and America, French couturiers, such as André Courrèges, had to develop a stylistic equivalent. At first, the future served as a metaphor for youth, in the space-age styles of Courrèges and Pierre Cardin. Ultimately, however, the most successful designer to emerge in Paris was the young Yves Saint Laurent, who had formerly worked for Dior. 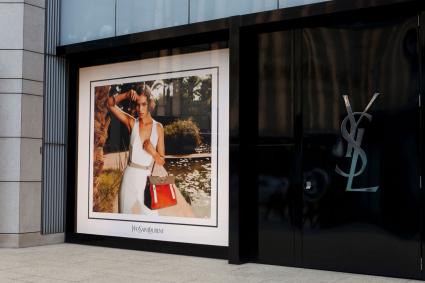 Saint Laurent was attuned to influences coming from "the street" and from popular culture. Over the next decade, he introduced a number of radical styles, including trouser suits for women, pop-art dresses, safari jackets, pea coats, and other styles derived from vernacular clothing, and, perhaps most importantly, ethnic styles, which drew on the antifashion sensibility of the hippies. Saint Laurent also recognized that many of the women who most appreciated his clothes were too young (and not rich enough) to buy couture, so he also launched a ready-to-wear line called Rive Gauche (Left Bank). At the same time, however, he reinvigorated the French couture at a time when it seemed to many to be increasingly irrelevant. The 1970s also witnessed the flourishing of Paris Vogue, which published controversial fashion photographs by Guy Bourdin and Helmut Newton.

Nevertheless, both New York and Milan became increasingly important centers of fashion during the 1970s. French fashion was regarded as creative and prestigious, but many international consumers preferred the luxurious sportswear created by Italian designers such as Giorgio Armani and the minimalist styles associated with Americans such as Halston. Meanwhile, new subcultural styles-notably punk-developed in London, where Vivienne Westwood dressed bands like the Sex Pistols in deliberately aggressive styles. Paris began to seem a little old-fashioned.

Yet Paris came to the forefront again in the 1980s and 1990s, both because of the revival of famous French brands, and because designers from around the world chose to show their collections in Paris. The house of Chanel, which had been in the doldrums even before Chanel herself died in 1971, became fashionable again in 1983, when the owners hired the German-born designer Karl Lagerfeld. Lagerfeld irreverently revised Chanel's iconic images, exaggerating details and introducing new materials, such as denim and chiffon, to a house long associated with proper tweed suits. Simultaneously, Paris witnessed the invasion of avant-garde Japanese designers such as Yohji Yamamoto and Rei Kawakubo of Comme des Garçons, who launched a radically new style, featuring oversized, asymmetrical, black garments, which were enthusiastically adopted by an influential minority of men and women, mostly associated with the arts. Christian Lacroix launched a new couture house in 1987, showing pouf skirts inspired by Westwood's mini-crinis.

Similarly, in the 1990s, houses such as Dior and Givenchy imported designers from London. John Galliano almost single-handedly transformed Dior with his wild yet commercially successful styles. Alexander McQueen, on the other hand, left Givenchy to establish his own company (backed by Gucci). Significantly, however, McQueen almost always chose to show his collections in Paris, because the Paris fashion shows attracted more journalists than the shows in New York or London. After Saint Laurent retired, the American Tom Ford briefly took artistic control at the famous French house, while also maintaining control at the Italian fashion company Gucci. A host of Belgian designers also showed in Paris, and even many Italian designers, such as Versace and Valentino, moved back and forth between Milan (or Rome) and Paris. As fashion becomes ever more international, the Paris shows now include increasing numbers of designers from countries as diverse as Brazil and Korea.

The globalization of textile and garment manufacturing is changing the economics of the entire fashion system, but the couture, which really exists only in Paris, retains its prestige and helps to drive an array of luxury goods from perfume to handbags and ready-to-wear lines. Continuing a tradition established many years ago by the Englishman Charles Frederick Worth and the Italian Elsa Schiaparelli, many of the most influential designers in Paris (such as Karl Lagerfeld and John Galliano) are not French. But whatever their country of origin, these designers live and work in Paris. Fashion journalists today have become accustomed to making an exhausting round of fashion shows in New York, Milan, Paris, and London. Even though another city might become paramount during some seasons, Paris remains generally acknowledged as the most important fashion city.