The most renowned form of Scottish dress is Highland dress, which is internationally recognized as a symbol of Scottish identity. The predominant feature of the Scottish contribution to western fashionable dress is that of distinctive fashion textiles that have international appeal once made up into garments.

Highland dress has been worn, interpreted, and mythologized in many different ways and its history is therefore fascinating and complex. From the early nineteenth century, Highland dress began to be seen as synonymous with Scotland as a whole. However, its origins relate to the specific culture that existed in the northerly Highland region of Scotland up until the late eighteenth century. Dress in the Highlands was initially closely linked to Irish Gaelic culture, consequently men's dress included long "saffron" shirts, trews (leg-coverings between trousers and stockings), and brown or multicolored mantles (a type of simple-shaped cloak). By 1600 men's dress had evolved to fit the following description:

The plaid or breacan was worn by all sections of Highland society and by both genders. It was a versatile garment, comprising an untailored piece of cloth, usually tartan, that was draped around the body in various ways. Men commonly wore it as the breacan an fheilidh or belted plaid, where it was gathered in folds around the waist to form a short-skirted shape, and the remainder was draped over the shoulder and fastened with a brooch. The belted plaid formed the basis of the tailored feileadh beag, in English phillabeg or little kilt, which is the form the kilt takes in the early 2000s. This adaptation was initiated by the English industrialist Thomas Rawlinson between 1727 and 1734, when he found that workmen at his Invergarry furnace needed a more practical form of dress than the unwieldy belted plaid.

The defeat of the Jacobite army at the battle of Culloden in 1745 was followed by the Disarming Acts of 1746, which involved the proscription of all forms of Highland dress until 1782. The kilt survived this period largely owing to the British establishment's adoption of Highland dress as the uniform of its Highland regiments. The militarization of Highland dress was to play an important role in shaping the visual imagery of the British Empire. It also informed the design of the fanciful version of Highland dress worn by George IV on a state visit to Edinburgh in 1822. This period also involved the creation of popular, romanticized interpretations of Scot-land's history by several authors, including Sir Walter Scott. From the 1840s Queen Victoria's passion for the Highlands was to further promote the fashionability of Highland dress. Victorian interpretations of it were often outlandish; however, this period also saw the establishment of the key elements of the style as it is worn in the early twenty-first century, namely, the combination of neatly pleated kilt, decorative sporran, knee-length hose with sgian dubh (black knife), tweed or other short tailored jacket, and sturdy brogue shoes.

Tweed was transformed from a locally crafted product into a fashion textile sold to international markets by Scottish woolen manufacturers of the 1820s. Since that time tweed has played an important role in defining various clothing styles, from the Chanel suit, to men's sports jackets of the 1950s. The prominent Scottish tweed manufacturer J. & J. Crombie of Grandholm, founded in 1805, soon became renowned for their quality Elysian overcoatings, which subsequently led to the development of the Crombie coat style.

The distinctive design of the Paisley shawl originated in India in the fifteenth century. However, the garment derives its name from a town on the west coast of Scotland, which from about 1805 to the 1870s built a highly successful trade on the weaving of Paisley shawls. 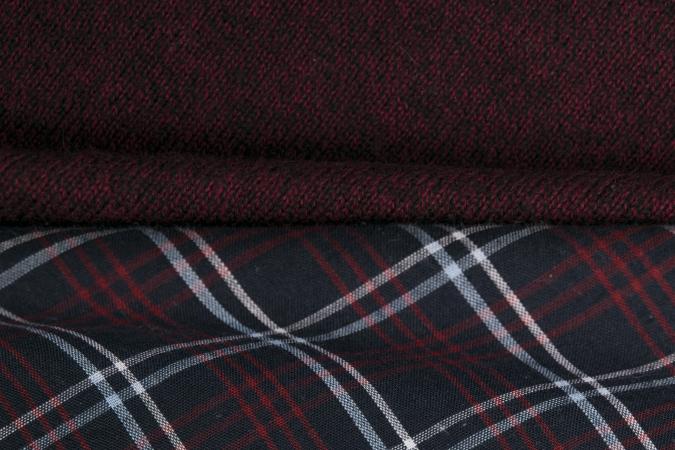 Scottish knitwear patterns and yarns, derived from remote rural communities such as Fair Isle and Shetland, are well known internationally. In addition, companies such as Pringle, Johnstons of Elgin, and Ballantynes Cashmere, who sell to the international luxury knitwear market, design and make their products in Scotland. In the 1930s a designer who worked for Pringle, Otto Weisz, introduced the twinset style, which became hugely popular with Hollywood starlets and the wider market.

Queen Victoria promoted the fashionability of Highland dress in her instructions to Edwin Landseer concerning the painting Royal Sports on Hill and Loch, 1874. "It is to be thus: I, stepping out of the boat at Loch Muich, Albert in his Highland dress, assisting me out. Bertie is on the deer pony with McDonald … standing behind, with rifles and plaids on his shoulder. In the water … are several of the men in their kilts." (Ormond, pp. 159-160)

Scotland and the Fashion Industry

Scottish clothing manufacturers, designers, and retailers tend to be of international significance only when they are linked to the knitwear or textile industry. Notable exceptions to this include the retailer John Stephen, who initiated the Carnaby Street boutique phenomenon of the 1960s, and the designers Bill Gibb, Alastair Blair, Pam Hogg, and Jean Muir. In the twenty-first century anonymous Scottish-based knitwear and textile designers continue to make an important contribution to international fashion, supplying international brands such as Prada, Dolce & Gabbana, and Ralph Lauren. Many twentieth-century fashion designers have referenced Scottish dress in some form in their collections. However, it is notable that it tends to be the more iconoclastic designers such as Vivienne Westwood, Jean-Paul Gaultier, John Galliano, and Alexander McQueen who repeatedly return to the use of either distinctively Scottish textiles, or the paraphernalia of Highland dress in their work. This demonstrates that despite the capacity of Highland dress and Scottish fashion textiles to encapsulate "authentic" reassuring connotations of history, they have also been endlessly reinvented to suit the changing character of fashion and popular notions of Scottish identity. 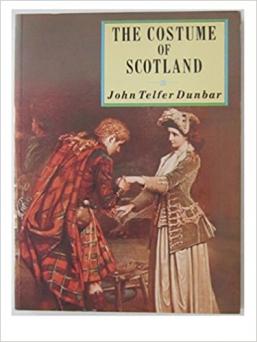 The Costume of Scotland

Allan, John. Crombies of Grandholm and Cothal 1805-1960: Records of an Aberdeenshire Enterprise. Aberdeen: The Central Press, 1960.