The term "ribbon" refers to narrow loom-woven strips of cloth, often with a visible selvage on each side that helps them to maintain their form. Ribbons can be made of any fiber and are usually woven in satin, plain, gauze, twill, and velvet weaves. The origins of the term "ribbon" and its earlier forms, ruban or riband, are obscure, but they may be Teutonic and a compound of the word "band"-the ancestor of the modern day ribbon. As early as the Neolithic period, people wove very narrow, dense, often utilitarian strips of fabric on small portable looms. Impressions of warp-faced plain weave bands dating back to 6000 B.C.E. were excavated from the Turkish archaeological site of Çatal Hüyük. While their purpose was primarily functional, some evidence suggests that bands also could be used for more flirtatious and decorative purposes. Elizabeth Wayland Barber has suggested that dancers waved strips of fabric while performing beginning in the Middle Bronze Age. Evidence exists that in the Aegean cultures of 2000 thruogh 1200 B.C.E., specialized weavers used a warp-weighted vertical loom to weave decorative edgings and bands to ornament and trim garments.

In Europe, the weaving of lightweight ribbons as opposed to the sturdy, warp-faced bands of antiquity probably began as soon as the horizontal loom was introduced during the eleventh century. Lightweight ribbons were not unknown, however; archaeologists working in London uncovered several plain weave ribbons of unspun, undegummed silk, which were probably imported from the East.

References to ribbons occur with increasing frequency during the fourteenth and fifteenth centuries as more tailored clothing developed and ribbons with aiglets (metal points) at each end were used to lace garments together. Ribbons also trimmed garments as they had in the past, encircled waists as girdles, and were worn in the hair. London archaeologists excavated ribbons of spun silk (probably woven locally) found in digs dating to the fourteenth and early fifteenth centuries. While ribbons continued to be an aspect of fashionable dress throughout the Middle Ages and Renaissance, they did not become a focus of fashion until the seventeenth century after a loom was invented that could weave more than one ribbon at a time. This new loom allowed multiple ribbons to be woven at once by providing a separate warp beam and shuttle for each ribbon. An Italian abbé, Lancellotti, was the first to write about such a loom, which he said was invented in Danzig around 1530. He also wrote that the loom so threatened traditional ribbon weavers that it was destroyed and the inventor secretly strangled or drowned. The new loom was not totally lost, for it appears again in Leiden by 1604 and in London by 1610. However, it was in France that the use of ribbons took hold when Louis XIV turned them into a fashion obsession. 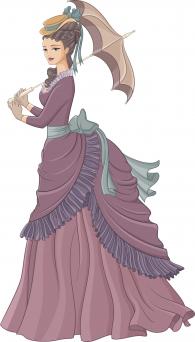 The city of Paris was well known for its ribbons, as were the cities of Saint-Étienne and Saint-Chamond, where ribbons were woven as early as the beginning of the fourteenth century. Charles VII published the first statutes of the master tissutiers and Rubanniers of Paris in 1403. Statutes were again published in 1524 and in 1585, when the rubanniers were assigned their own guild. Ribbon weavers during this period worked on small looms that were light, compact, and sat on tabletops. Men, women, and even children easily wove on these looms, producing one ribbon at a time, and small workshops predominated. When the new ribbon loom was introduced during the seventeenth century, it revolutionized the trades and, as in Danzig, at first encountered resistance among the ribbon weavers of France.

Despite the reluctance of the French ribbon weavers to use the new loom, Louis XIV's finance minister Jean-Baptiste Colbert strongly encouraged its acceptance and, because the king adopted ribbons as an important element of fashionable dress, the trade flourished. Ribbons of silk and gold and silver thread were woven in many different structures, including plain weave taffetas, satin, and velvets. A wide range of brilliant dyes was employed to color the ribbons, including cerulean blue, yellow, and a variety of reds such as crimson, scarlet, cherry, and Louis XIV's favorite couleur de feu, or flame. Courtiers attached ribbons to hats, sword handles, shoes, sleeves, around the knees, and even to the lower bodice front, where yards of ribbon loops emphasized the wearer's masculinity. Diana de Marly writes in her book on fashion during the reign of Louis XIV that the Marquis de Louvois and the Marquis de Villeroi would shut themselves up in a chamber for days discussing the best placement for a ribbon on a suit.

By the end of the seventeenth century, ribbons began to lose their popularity with men as the more somber three-piece suit came into favor. Women continued to wear ribbons, but not to the extent that they were worn during the previous decade. By the middle of the eighteenth century, ribbons again came to the forefront of women's fashion when dresses were trimmed with silkribbon bows. Stomacher trims, known in French as the echelle and used to close the front of the dress, had horizontal rows of large bows down the front. Bows further decorated the elbows and were often worn around the neck. By the end of the eighteenth century, dressmakers and milliners began to use ribbons in increasing quantities as fashion's focus turned to the trimmings of dresses and hats.

Fashion's growing interest in ribbons increased during the early nineteenth century as the jacquard mechanism was adapted for use with ribbons looms. Weavers wove intricately patterned silk ribbons that became extremely fashionable during the nineteenth century. These ribbons trimmed the lavish and large bonnets of the 1820s and 1830s. The town of Saint-Étienne adapted itself to these new developments and became a leading center in the ribbon trade, specializing in weaving floral patterned ribbons. Saint-Étienne also specialized in weaving the ribbons that played an increasingly important role in national dress, especially the dress of French women from Brittany, Savoy, Alsace, and Provence. Ribbons ornamented bonnets, caps, aprons, blouses, and skirts, and their color could be used to indicate the religious beliefs of the wearer, as in Alsace, where a red ribbon indicated a Protestant background and black, a Catholic one. 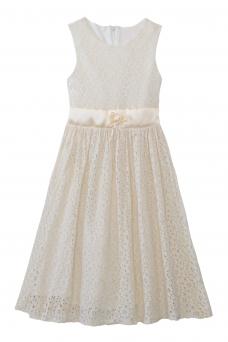 Fashionable dressmakers and milliners continued to use ribbons in their work throughout the nineteenth and even twentieth centuries, although not as frequently as in the past. During some periods ribbons enjoyed more popularity than others, such as the mid-nineteenth century, when trimmings on dresses became increasingly fashionable and ribbons edged flounces and were folded and braided to create complex trims. Ribbons again took on importance during the years between 1910 and 1920, when they were formed into flowers and trimmed elaborate evening dresses, known as robes de styles. Couturiers such as Lucile and the Callot sisters were well known for these gowns. Ribbons played less of a role in fashionable dress during the rest of the twentieth century, but they did not escape the notice of several designers. Charles James, Karl Lagerfeld, and James Galanos all designed dresses composed entirely of ribbons stitched together to form a cloth.

While the jacquard was adapted to create ribbons patterned with complex floral designs for fashionable and national dress, novelty ribbons and pictures also were woven with extremely detailed imagery that resembled the work of etchers and engravers. The weavers showed many of these pictures and ribbons at international expositions, trumpeting the jacquard's technical achievements. The ribbons often were woven to commemorate special occasions or events, such as elections and political or historic anniversaries, and they point to another aspect of the use of ribbons, to honor and remember.

It is impossible to say when ribbons took on significance outside of their role in dress, but the Oxford English Dictionary indicates that as early as the sixteenth century they were given between men and women as favors and that by the seventeenth century wide blue ribbons were worn across the chest by members of the Order of the Garter, the highest honor bestowed by the British ruler. Ribbons were also used to attached medals to the chests of honored military men, and today small pins covered with ribbons patterned in a variety of stripes are worn on American military uniforms in place of the medals. The use of blue ribbons and red ribbons as first and second prizes in competition appears to have begun in the late nineteenth century.

Ribbons also served to commemorate the dead. Mourners wore black armbands and hatbands, while narrow black "ribbons of love" decorated the caps and blankets of babies. The use of ribbons as a token of remembrance took on particular significance in the later part of the twentieth century. In 1981, Americans bedecked their trees with yards of yellow ribbons as a sign of remembrance and to welcome home American hostages taken in Iran. While many believed the custom started during the Civil War as a way to welcome home returning soldiers, in reality, Penne Laingen, the wife of one of the Iran hostages who began the tradition in 1979, was inspired by the act of another woman. In 1975, Gail Magruder festooned her front porch with yellow ribbons to welcome home her husband, Jeb Stuart Magruder, who had recently been released from prison after his conviction during the Watergate investigations. The number one single of 1973, "Tie a Yellow Ribbon Round the Ole Oak Tree," sung by Tony Orlando and Dawn, inspired Gail Magruder's act. The song was in turn inspired by the legend of a man released from prison who told his wife to tie a yellow ribbon on an old oak tree if she welcomed him back. Yellow ribbons again appeared in Americans' front yards after the first Persian Gulf War of 1991 to greet returning soldiers.

The symbolic use of ribbons increased toward the end of the twentieth century, and the wearing of a small colored ribbon pinned to one's clothing came to indicate a sympathy toward one cause or another. In 1990, the art activism group Visual AIDS introduced the custom of wearing a small loop of red ribbon as an international symbol of AIDS awareness. A small pink bow is indicative of an awareness and support of breast cancer research.

From Fashion to Token

While ribbons are still manufactured and can be found trimming hats and lingerie, they are no longer an important element of fashion. Their place as commemorative tokens and in the work of crafters has ensured the continued production of ribbons; however, manufacturing methods have evolved to make them cheaper to produce. Ribbons woven on a loom are more rarely produced today, and cut-edge or fused ribbons are more common. Thermoplastic fibers woven in satin or plain weave taffeta are slit in the desired width with a heated cutting tool that fuses and seals the edges of the ribbon-a far distant cousin to the luxurious silk, silver, and gold ribbons of the seventeenth century.