The boubou is the classic Senegalese robe, worn by both men and women all over West Africa and in West African diasporic communities of Europe and the United States. Sewn from a single piece of fabric, the boubou is usually 59 inches (150 cm) wide and of varying lengths. The most elegant style, the grand boubou, usually employs a piece of fabric 117 inches (300 cm) long and reaches to the ankles. Traditionally, custom-made in workshops by tailors, the boubou is made by folding the fabric in half, fashioning a neck opening, and sewing the sides halfway up to make flowing sleeves. For women the neck is large and rounded; for men it forms a long V-shape, usually with a large five-sided pocket cutting off the tip of the "V."

When stiffly starched and draped over the body, the boubou creates for its wearer the appearance of a stately, elegant carriage with majestic height and presence. Men wear the classic boubou with a matching shirt and trousers underneath. Women wear it with a matching wrapper or pagne and head-tie.

Fabric, Embroidery and Dyeing of the Boubou

Tailors who specialize in making boubous invest their skills in the art of embroidery. The fabric for these embroidered boubous is cotton damask, called basin in the francophone West African countries. Although the fabric can be bought in colors, connoisseurs prefer to buy white cloth and have it hand dyed in rich hues by women dyers working out of their homes. Available in market stalls in several grades of quality, the damask at its most expensive comes from Europe, while cheaper imitations come from Asia or Nigeria.

After the fabric is dyed, the tailor creates the embroidery design with a small sewing machine, either electric or pedal driven. Traditionally, the embroidery was white or beige, but in the 1970s, tailors in Dakar, Senegal, introduced colored embroidery, and in the early 2000s they vie with each other to create intricate, multi-colored designs in vibrant hues for women. Men continue to wear white or beige embroidery, or else use threads the same color as the damask, often dyed deep purple or green. The exception for men is a white voluminous boubou with gold embroidery. This is the special costume of El Hage, the Muslim who has made the pilgrimage to Mecca. It thus connotes wealth, prestige, and piety. As with the fabric, the high prestige embroidery threads are silk and come from France. Polyester imitations are imported from Asia.

Non-embroidered fabrications include basin resist-dyed in striking designs. For stitch-resist or tie-dyes, designs can be large enough to use one motif for the whole boubou, or small enough to demand thousands of tiny stitches in a fine repeated motif. It takes a group of women three months to sew the stitches before dyeing and three months to cut them out with a razor afterward. Techniques also include starch resist or wax resist. One technique, called indigo palmann, uses indigo in such a way as to dye the fabric a rich, deep bronze hue. Although a solid color, the indigo palmann boubou is so resplendent in its simplicity that it forgoes embroidery. For less elegant occasions, women have boubous made of Holland wax print or of imitation wax print called légos.

The word "boubou" comes from the Wolof mbubbe. (Wolof is the principal African language of Senegal.) This linguistic origin suggests that in contrast to borrowed dress styles, like the Arab caftan and the European suit, the boubou, as Senegalese people say, has always been Senegalese. In Anglophone West African countries, the cognate, buba, has a somewhat different meaning. Especially in Nigeria and Ghana, the buba is a hip-length shirt, with sleeves made of separate pieces of fabric and sewn to the body. It is worn under the long boubou, which in these countries is called the Agbada. The men's buba is also worn alone with matching trousers called sokoto. Women wear the buba with a wrapper.

This linguistic link suggests the historical changes in style that the boubou has undergone. In the nineteenth century, the Senegalese boubou, made of bulky, handwoven strip cloth, was often as short as the modern Nigerian buba, although without the sleeves (see P. David Boilat's sketches in Boilat 1853). In the course of the nineteenth century, the expanded use of imported factory-woven cloth and the expansion of Islam combined to bring into fashion for Muslim men the longer, more voluminous grand boubou, which resembled an Arab caftan. By the early twentieth century, as urban Christian men started wearing suits, and urban middle-class men had to wear suits for work, Muslim men adopted the grand boubou for leisure and for ceremonial or religious occasions. Peasant and working-class women wore a grand boubou of plain, imported factory-woven cloth. But wealthier urban Muslim women wore a hip-length boubou that showed off their pagnes (wrappers) of rich hand-woven strip cloth or fine imported French fabric. Young Christian women adopted a loose, high-waisted dress, called boubou à la française (in Wolof ndoket).

The elegant grand boubou for women did not come into fashion until after World War II. By the end of the twentieth century, young women would sometimes adopt a hip-or knee-length boubou as a fashion alternative and for more casual wear. The boubou à la française also returned as a high-fashion item, newly named the mame boye (Wolof for "darling grandmother").

As the centerpiece of classic dress in Senegal and neighboring Francophone countries, the boubou occupies the symbolic position of the most basic garment in other cultures, comparable in this respect to blue jeans in American culture. Like blue jeans, the Senegalese grand boubou accrues to itself a multiplicity of contradictory uses and meanings. It can connote sexiness or modesty. It can attain the height of elegance or serve a utilitarian purpose. A stiffly starched, embroidered boubou, falling alluringly off one shoulder and perfumed with incense, can be worn with high heels, gold jewelry, a starched matching head scarf tied in a rakish knot, and dramatic makeup. This is the outfit young women wear for weddings, baby-naming ceremonies, and Muslim feast days. This is also the outfit of the Dirriankhe, a woman who fulfills the Senegalese ideal of seductive beauty. She is large, sensuous, and conveys the mystique of independence and wealth. She has mastered the art of wearing the boubou. Yet the boubou is also the obligatory dress of respectable Muslim matrons, considered too old and too modest to wear the form-fitting trousers and leg-baring skirts sported by slender young women. For Muslim men, an embroidered, damask boubou can be the height of elegant prestige, but it is also the dress required for praying at the mosque. 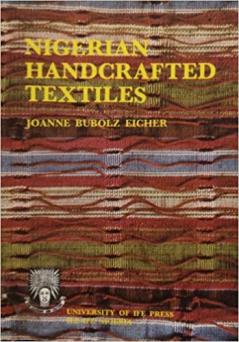