During the 1990s in the United States a trend in dressing casually for work became more widespread in business offices. The trend soon spread to other countries such as Canada, England, Scotland, and Australia. Casual dress in the office may reflect a larger societal trend toward relaxation of manners and informal presentation of self in many aspects of life (Adler 1995) and may be symptomatic of a shift away from traditional ways of doing business (Janus, Kaiser, and Gray 1999; Weiser 1996).

Casual work dress has been identified by a number of terms, such as "dressing down," "business casual," and "Casual Day" dress. In a national U.S. study, Tootelian (2003) found that substantial uncertainty exists about what business casual means. The definition presented here is gleaned from a number of sources and can be offered only as a general and imprecise guideline.

For men and women, "business casual" dress tends to include a reinterpretation of at least one formal power cue into a more casual ensemble (Rucker, Anderson, and Kangas 1999). A jacket (often a blazer or sports jacket) may be worn with more casual khaki pants and shirt, or a tie is worn without a jacket. Sweaters are permissible with a skirt or pants. Shoes are often more casual and comfortable. A great amount of variety is present, but includes more limits than does "casual dress."

Some offices allow highly casual dress, including jeans and shorts. Permissible styles vary greatly across firms, geographic areas, and occupations (Ogle and Damhorst 1999) and age and gender of workers (Tootelian 2003).

History of the Trend

The increase of casual dress among office workers began far earlier than the 1990s. Farrell-Beck (1999) offered evidence that components of men's casual dress have frequently been adapted into men's formal business wear throughout its history. King Charles II of England originally instituted the men's business suit in 1666 as an alternative to fancier styles popular in men's court dress throughout Europe (Kuchta 1990). The ensembles adopted by men of court and commerce to some extent reflected informal fashions worn by English country gentlemen (Kuchta 1990). The casual trend at the end of the twentieth century, however, did not entail a metamorphosis of casual into formal symbols. Casual Day and casual every day in essence have become a celebration of the right of office workers to legitimately wear casual clothing to work in the office. 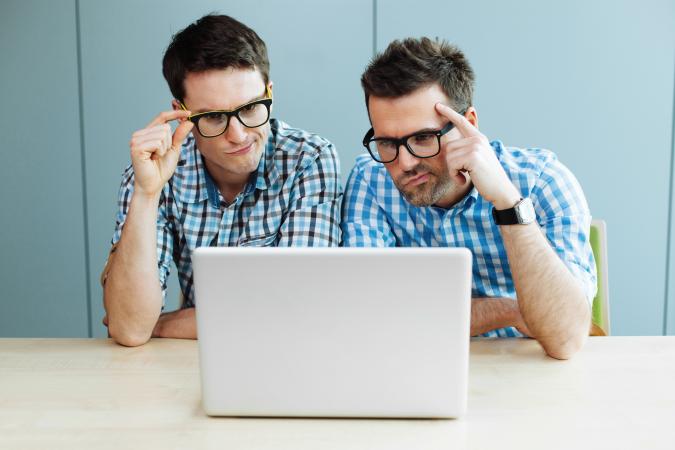 The casual dress trend for business professionals may have begun during the 1970s as the computer industry blossomed. Silicon Valley computer "geeks" are often cited as the first to be given license to dress very casually at work (Weiser 1996). In certain areas of the country, some forms of casual dress were an option in many types of businesses by the late 1970s. In 1975 John Molloy railed against offices that were allowing men to wear the infamous leisure suit in place of a formal suit. A few managers in an early 1980s study of office workers in Austin, Texas, reported that they frequently went to work in somewhat casual attire, making them keep a jacket and tie at the office just in case a client might drop by (Damhorst 1984-1985). Saturn Corporation has encouraged casual work dress for employees at all levels in the organization since its inception in 1983 (Levi Strauss & Co. 1999).

A series of Levi Strauss & Co. surveys were quoted in the popular press during the 1990s to chronicle the rise of casual business dress. By 1992, 26 percent of businesses in the United States reported offering at least a casual attire day (Weiser 1996). Companies allowing casual dress every day rose to 33 percent in 1995 and 53 percent in 1997 (Maycumber 1998).

Reporters cite a new rash of surveys in the early twenty-first century to forewarn of the possible demise, or at least notable reduction, of the casual office dress trend. For example, the Men's Apparel Alliance found that 19 percent of over 200 firms with revenues greater than $500 million were returning to formal business attire (Egodigwe and Alleyne 2003). In 2000, only 87 percent of U.S. firms allowed casual dress, down 10 percent from 1998 (Kaplan-Leiserson 2000). The tough economy in the early 2000s was moving some companies to abandon a casual image to combat intense competition.

Casual work dress has been imputed to have an array of symbolic powers (Biecher, Keaton, and Pollman 1999; Henricks 1996; Janus, Kaiser, and Gray 1999). Casual dress is believed to facilitate democratization through horizontal flattening of workplace hierarchies and to break down communication barriers posed by formal structures, thereby improving teamwork. Casual work dress may improve customer relations by implying mutual similarity. Many managers feel that casual dress improves employee morale and enhances worker productivity. Correspondingly, many firms instituted casual dress policies during the 1990s to reward workers and attract new recruits. In addition, communication technology used in many occupations increasingly allows people to do much business without ever coming face-to-face with clients or vendors, eliminating a need for constant expression of corporate image through dress.

Critics cite some negative outcomes of casual work dress, such as negative organizational image and confusion about how to define and enforce workplace dress policies (Egodigwe and Alleyne 2003). Confusion among employees about what to wear to work is not uncommon (Janus Kaiser, and Gray 1999; Tootelian 2003). Some critics assume that lack of control underlies the relaxation to casual codes (Lillethun 1999), and many businesses in the early 2000s were concerned that casual work dress had resulted in increased tardiness, absenteeism, flirtatious behavior on the job, and an overall decrease in productivity (Egodigwe and Alleyne 2003). Powerful consequences of casual business dress have been attributed over time, but no research has been reported to verify any valid correlation of positive or negative outcomes for workplace behavior.

Farrell-Beck, Jane. "Not So New: Casual Dress in the Office." In The Meanings of Dress. Edited by Mary Lynn Damhorst, Kimberly A. Miller, and Susan O. Michelman, 258-261. New York: Fairchild Publications, 1999.