A very important item in any cold climate, a coat is an outerwear garment with sleeves and a center-front closure, and as such incorporates many variations of style and shape including the chesterfield, crombie, British warm, and loden. The garment is designed specifically to be worn outdoors to protect the wearer from the damp, cold, wind, and dust and is most commonly worn over the rest of the clothes, so is generally slightly longer and wider than normal pieces of the wardrobe. However, although designed with protection in mind, not all coats are waterproof. Coats that are used to provide the wearer with extra warmth may be cut from cashmere, tweed, or fur. Coats worn as protection from the rain or snow, such as the classic raincoat or cape, will be made from lighter materials like gabardine or cotton, since they might be used in warm or cold weather.

Although a man's wardrobe has always contained at least one piece of outerwear that can be worn as protection from the elements (such as a cloak, gambeson, gown, cote-hardie, or mantle), the overcoat has been a popular garment for both men and women since technical advances in the art of tailoring during the seventeenth century. The emphasis has been placed primarily on fit rather than on material and flamboyant style.

Many clothing styles throughout history either have filtered up from working dress or derive from garments worn by the military or for sporting activities. This was true of the functional long, loose coat worn by the military in the early seventeenth century for riding. Cut with two front panels and two at the back, cuffed sleeves and straight side seams to allow the wearer's sword to pass through, the coat had become fashionable among gentlemen by the last quarter of the century.

In much the same way, the frock-a loose overgarment worn by workingmen-was also given the tailor's treatment. Originally known as a justcoat, buttons were added, sleeves were shortened and trimmed with broad cuffs (which were matched to the color of the waistcoat), and it became known as a frock coat. By 1690, the frock coat was characterized by its collarless neck, narrow shoulders, and buttoned front. It also featured conspicuously large front pockets and an opening for a sword. By the 1730s it had become a fashionable piece of outerwear and would continue to be so, albeit with slightly altering shape, for many years to come.

Eighteenth Century to the Twentieth Century

With the riding coat firmly established as a fashionable staple garment, another form of overcoat known as the greatcoat would also become a functional style that inflluenced mainstream fashion. Available in either single-breasted or double-breasted options, with cape collar and center vent cut into the back, the greatcoat was considered essential for riding. By the latter part of the century, the greatcoat would feature overlapping collars similar to those on the coat worn by coachmen. By the early nineteenth century, greatcoats had become fashionable all-weather garments, worn both in the cities and the countryside. At this time some greatcoats would be lined or trimmed in velvet, have metal buttons, and the main body of the coat would be made from wool.

Taking the more practical or functional types of coats and turning them into fashionable garments remained a design and manufacturing trend that continued throughout the nineteenth century and is still noticeable today. A bewildering number of long or short coats, single- or double-breasted, would continue to be produced. Some coats were skirted, some would have pockets hidden in the pleats or otherwise flap pockets positioned on the skirt itself. The better-known styles from the period, coats still worn, would include the paletot (which was a shorter version of the greatcoat), inverness, covert, and the chesterfield that derived from a version of the earlier frock coat.

By the late 1850s coats were beginning to be cut with raglan sleeves which gave the wearer greater ease of movement, particularly if the coat was worn for riding. The raglan or a shorter version of a single-breasted chesterfield, known as a covert coat, became "à la mode" for the growing trend for outdoor pursuits such as shooting and even country walking.

The biggest area of growth in the manufacturing of coats at the end of the nineteenth century and the turn of the twentieth century was the development of the raincoat. Effective waterproofing methods had been discovered by Charles Macintosh in the 1820s. 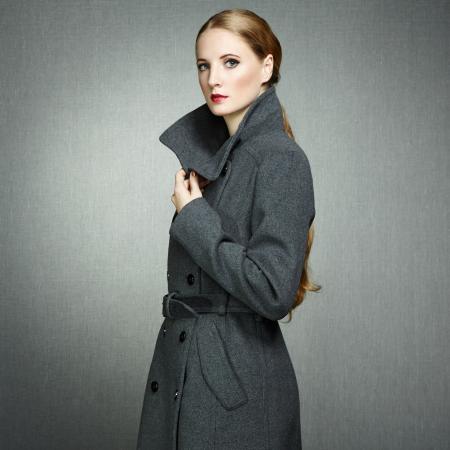 Aside from the move toward the development of the raincoat, overcoats remained much the same until the development of the driving coat in the first decade of the twentieth century. Once again a fully functional garment, the driving coat, produced by wardrobe companies such as Lewis Leathers (who would go on to produce iconic leather jackets during the 1950s) was designed to protect wearers from dust and water while keeping them warm in their open-top vehicles. Driving coats were often made from leather with a fur lining and worn with gauntlets and goggles.

Overcoats designed primarily for use in World War I made the transition to civilian use soon afterward. The British warm, as it is called in the United Kingdom, was a melton, double-breasted coat with shoulder tabs. It was developed for officers in the trenches and remains a popular style in the early 2000s. This was also true of the water-repellent and breathable Burberry trench coat made from fine-twilled cotton gabardine especially for trench warfare.

Coats changed very little during the interwar years. World War II again led to innovation, providing men's wear with the only classic coat to have a hood-the duffel coat. Worn principally by servicemen in the Royal Navy, and popularized by Field Marshal Montgomery, this style flooded the market when they were sold as surplus after the war.

Coats in the Twenty-First Century

Few coat styles have changed since the 1950s. Some may be shortened or lengthened, cut tighter to the waist, or even cut from a different cloth, but no classic new styles have been developed. Although the overcoat is still an essential item in the male and female wardrobe, heated offices and cars, central heating in the home, and the development of more technical fabrications have made it of much less importance than ever before. 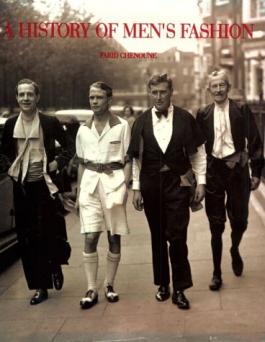 A History of Men's Fashion