"Uniforms are the sportswear of the twentieth century," Diana Vreeland said once. Strolling through the streets of any cities in the world, one may add that military dress will be an important part of the twentieth-first-century look as well.

Teenagers in cargo pants, men in flight jackets and hooded parkas, and women in safari jackets and sailor pants are common sights on the everyday scene. Fashion runways have featured seasonal flurries of camouflage: print chiffon evening gowns, multipocket vests in bright satin, white leather cinched trench coats, and armies of military cashmere greatcoats with gilded buttons where the initials of famous fashion designers and the logos of powerful brands have taken the place of the insignia of royal families, dictators, and military empires. In the distant aftermath of the great wars, as real soldiers begin to look more and more like civilians-consider the Hollywood icon of the American soldier in plain khaki shirt, tie, and pants-"the imitation of the military uniform has triumphed over the original prototype." This was the comment of Holly Brubach in the New York Times on the decision of the American Navy to eliminate the bell-bottomed sailor trousers just when the fashion designers and the club kids were eager to wear them again. 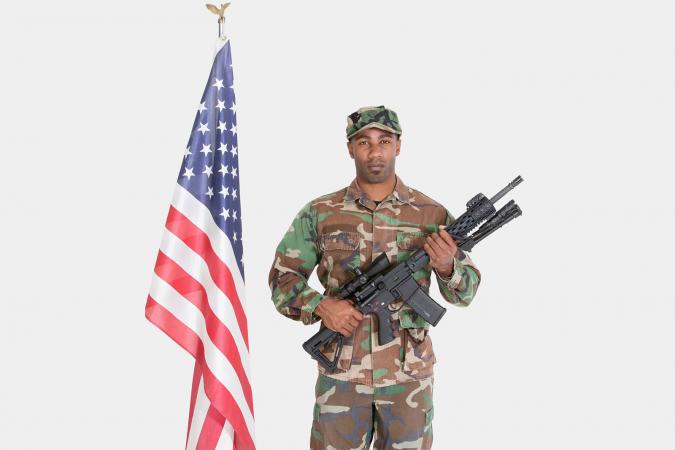 The formal and technological evolution of uniforms lies at the origin of modern dress; standard military issue consists of a system of industrially produced garments in different sizes and qualities, which change according to social and weather conditions, and communicate belonging or rejection values. We may say that military uniforms are the first ready-to-wear garments, with standardized sizes and proportions to adapt to men and women with different physiques.

In a continuous process of osmosis, military uniforms and civilian dress have influenced each other over the years. An early documented case of this is, after the French Revolution, when the leg-wear of the sans-culottes, in revolt against the monarchy, became the model for the practical, clinging trousers worn by Napoleon and his army. The same thing happens with the new fashions of the century: the practicality of civilian clothing is continuously incorporated into military uniforms. And the garments perfected and idealized in military iconography make a triumphant return in everyday civilian dress.

The hunting dress of English country gentlemen-the Norfolk suit-is the prototype for combat gear, the fatigue jacket with deep convenient pockets and a reversible collar. The khaki color-from the Persian word khak, meaning dust, earth or mud-of uniforms all over the world, was borrowed from the personal wardrobe of Indian soldiers who dyed their clothing with natural pigments to disguise dirt. Perhaps the most telling of all examples is the continuous and repeated passage of the trench coat from the military to the civil sphere. Created in England, probably by the manufacturer Burberry as a garment for shepherds, farmers, and country gentlemen for protection from rain and wind, this coat became such a common feature among soldiers in the rainy trenches during War World I that it took the name "trench coat" and became a standard garment in the uniforms of many armies around the world. The practicality of this belted raincoat in certain weather conditions justified its utilization even before it became a part of the uniform. Then, between the two world wars, the trench coat returned to everyday closets and became the uniform of adventurers, spies, and rebels without a country, perfectly worn by Humphrey Bogart in Casablanca (1942). After being worn again by generals and colonels during World War II, the trench coat returned as the uniforms of intellectuals, writers, and journalists all over the world. It later wound up, on and off, in fashion shows, from Yves Saint Laurent to Giorgio Armani, down to the monogrammed GG, LV, and DG-Gucci, Louis Vuitton and Dolce & Gabbana-versions of recent seasons.

Dozens of familiar, common items in our everyday wardrobe have shared a similar fate: the wool pea coat of sailors, the leather flight jacket of pilots, the fur-edged hooded parka of explorers, safari jackets and cargo pants, multipocket vests, and backpacks.

The short coat known as an Eisenhower jacket is a perfect example of the way national borders become useless against the power of fashion. This garment-Wool Field Jacket M1944-was originally a combat jacket cut short at the waist for comfort and to save on fabric. First worn by the English troops during World War II, was so admired by General Eisenhower, the head of the Allied Forces in Europe and future president of the United States, and so popular among American soldiers that it became Eisenhower's most famous outfit, the most known uniform of the U.S. Army and the most common piece of sportswear in the male wardrobe. In the modern version, the buttons have been replaced by zippers, and a designer logo has taken the place of the decorations, but the proportions remain the same: wide around the chest and narrow at the waist with broad shoulders.

Soldiers in every war have come back from the front with new experiences and terrifying tales, but also with military garments that silently became a part of everyday dress. The functional quality and the comfort tested in combat, the technology used to create new, more resistant fibers and fabrics, and the economy of resources and materials represented a legacy, which the clothing industry ably transferred from military to civilian production.

While the more theatrical characteristics of uniforms are just a memory in the technologically advanced equipment issued to modern soldier, the 1990s and 2000s have seen an increase and refinement of the political, revolutionary, or conservative use of those same details. In the uniforms from the 1930s, as in the outfits of rock stars or runway models fringed epaulettes on capes, silver buckles on shiny high boots, hussar braiding on riding jackets, coats of arms, decorations, metal eagles, and gold buttons are all defining elements. Freed from their practical function-the epaulette was created as protection against blows of the sword-these elements have assumed a symbolic and at times ideological value, but increasingly serve just a decorative purpose. Such elements include the Armani eagle, the Versace medusa head, and the crossed C's of Chanel. 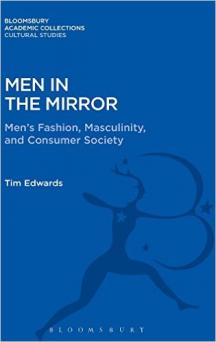 Men in the Mirror