The fashion meaning of retro, first applied to clothes in the 1970s, refers to styles that are either copied or adapted from earlier periods. The retro reference was coined by London designers, and soon became a common coin throughout the fashion world. Thus the prefix for backward became a catchword for fashion in retrograde, fashion in retrogression-or retrospective fashion. While the word retro was "new" in the style context, the concept of bornagain fashion was not.

Fashion has often taken the past as inspiration. In the 1910s, Paul Poiret's fashions were inspired by the Directoire, the style of French design in the mid-1790s, which itself used Greco-Roman forms and Egyptian motifs.

The Neoclassicism of the 1790s alluded to the political heritage of Greek democracy and the Roman Republic, while later Egyptian motifs memorialized Napoleon's conquest of Egypt. Poiret's Neoclassicism, however, seems to have had no political significance, although it certainly emphasized physical freedom. In the 1930s, French fashion surrealists were influenced by the second empire of Louis Napoleon (1852-1870).

The mannish styles of World War II gave way in 1947 to Christian Dior's New Look. His wasp-waisted, hippadded, full-skirted silhouette represented a release from wartime austerity, and was in itself an homage to his mother and her fin de siècle finery. Dior's fitted jacked segued into the 1970s and 1980s, becoming a template for designers such as Claude Montana, Thierry Mugler, Azzedine Alaia, and Christian Lacroix, all of whom grew up in the Dior oeuvre. The full, petticoated skirts that marked the 1950s (which were in many respects a continuation of the New Look) reflected a societal return to pre-World War II gender stereotypes and Cold War social conservatism.

The 1960s relaunched aspects of the 1920s, the two decades sharing the same spirit of youth and anarchy- although sixties fashion originated on the streets of London (Mary Quant and the miniskirted Mods) instead of the salons of Paris. Perhaps because the 1960s symbolized the Youthquake and the mini, they have been resuscitated more than any other decade, most obviously every time designers show thigh-high miniskirts.

As the twenty-first century progresses, the 1970s, especially the mid-1970s, which were nostalgic for the 1930s, have been a favorite playback by designers in their forties. The shoulder-padded 1980s, which owe a big debt to the 1940s, were first returned to by designers in their thirties. And the minimalist, less-is-more 1990s are waiting to be rehashed when designers born in that decade reach their twenties. It seems that designers are inspired by the period when they first became interested in fashion-usually during their teens or twenties-or the period in which their design heroes lived. (One reason the 1960s have had so many sequels is that the designers of that decade were legends whose work was photographed, cataloged, and exhibited in museums as perhaps no other until that time.) 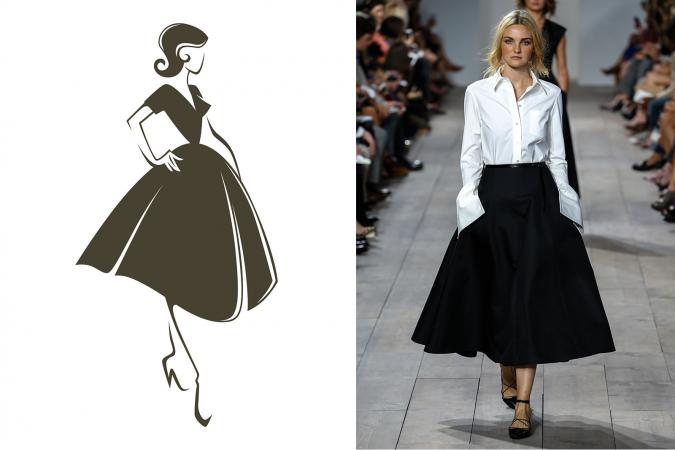 At the beginning of the twenty-first century, a new fashion amalgam appeared, one based on borrowing from other times, therefore retro, but one tweaked with "newness." This idea of taking bits of someone else's original work and either copying it or mixing it and then calling it one's own is also seen in other art forms. In the art world, it is called "appropriation." In music, it is "sampling." In the movies, it is sequels or "part twos." And in fashion, as in food, it is known as fusion. Another favorite expression for retro styles is called is referencing.

In fusion, the originality consisted in how the old was made "new." For example, the original space-age designs worn by Paris designer Andre Courrèges's moon maidens were worn with low-heeled, calf-high, white patent-leather boots. In the fused versions, Courrèges's A-line jumpers were subverted with high heels or combat boots, and some of the minis were layered over evening dresses or paired with leggings.

To this day, there are designers who plunder the past verbatim, seam-for-seam, stitch-for-stitch, line-for-line. Some credit the originals. To his credit, the late Bill Blass, in his book, Bare Blass, edited by the New York Times's fashion critic Cathy Horyn, writes about First Lady Nancy Reagan wearing his gown to the Washington gala the night before Ronald Reagan's first inauguration: "…she wore a black velvet dress of mine. Which Women's Wear said was a knock-off of Saint Laurent's. Which indeed it was." Other designers cite no provenance. Those who do not are usually not called for copying for three reasons. First, few seem to care if a designer such as Nicolas Ghesquiere of Balenciaga calls a design by Kaisik Wong his own, even when confronted with visual proof. Appropriation is now considered not just acceptable, but expected. Second, few magazine editors can risk jeopardizing the loss of advertising pages if they offend the big-advertising designer by accusing him of stealing- whoops, appropriation. And third, there are not too many fashion journalists in the media mix of the early 2000s who would recognize a purloined design if they saw one. 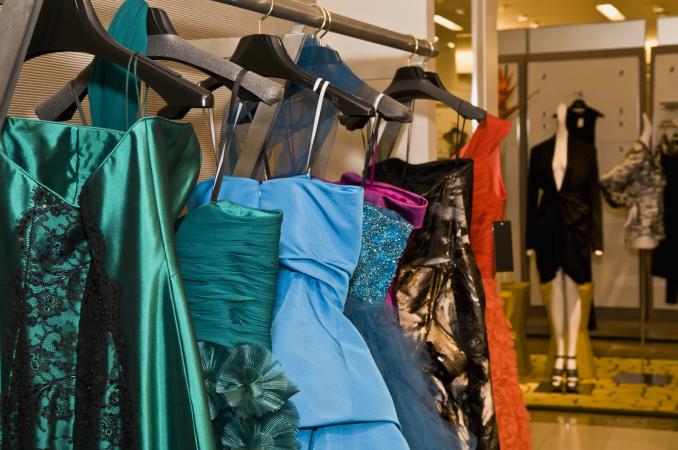 One of the reasons retro styles became a fashion byword during the late twentieth and early twenty-first centuries can be attributed to the rage for vintage clothes. After almost a decade of simple, spare, less-is-more fashion, many women sought relief from the minimalist mode at swap meets, thrift shops, and vintage boutiques, where the old looked suddenly newer than the new.

It's the nature of the fashion beast to feed on the past. This apologia by TV host/designer Isaac Mizrahi hits the mark. He says that to complain about revivals of clothes from other decades is to complain about chicken. "A good classic recipe for poulet has existed for centuries, yet people still make chicken dishes. They may change some of the spices, but the basis is still chicken. In the same way, a classic dress from any period attained classic status because it is a good, time-tested design that is worthy of being modernized with new fabrics and new accessories. In other words, you just change the recipe to suit modern tastes."