The shawl as an item of female fashionable dress derives from the Indian shal, which is a male garment that consists of an unstructured length of material with woven or embroidered patterning. The first shawls worn by Europeans in India or elsewhere, were worn by men, although this practice mainly involved those connected to colonial trade. Britain had strong trading links with India from the late seventeenth century, and after 1757 the British East India Company "was inextricably involved in effective colonization" (Morgan, p. 460). These historic developments generated a huge fascination with Indian culture in Britain, which was expressed partly by an enthusiasm to consume new "exotic" luxuries such as the shal (Morgan, p. 460).

The emergence of neoclassical dress as informal wear in the 1760s greatly contributed to the embrace of the shawl within fashionable dress. Female neoclassical dress was made from flimsy, lightweight materials and it referred back to the draped elegance of ancient Greek and Roman dress. Therefore, it was perfectly complemented by the warm and gracefully draped shawl. The shawl was adopted in Britain from the 1760s through the 1770s and by the 1790s it was also highly fashionable in France. Initially the Indian shawls were only worn by the upper classes, as they were very expensive, so much so that they were often treated as family heirlooms. However, the fact that they were highly desirable luxuries meant that by the 1820s cheaper copies were made widely available to middle-class consumers. Good-quality shawls were prized possessions and they were often used as gifts linked to weddings and baptisms. As the nineteenth century progressed, increases in the range of designs and prices available, meant that the associations of wealth, class, and respectability linked to a particular shawl and how it was worn became more complex. Retailers catered to this diversity; for example, the firm J. & J. Holmes, of London, offered a wide range of designs and prices from 1 guinea to 100 guineas. Efforts by manufacturers to create still cheaper shawls meant that they were worn by working-class women, and even the very poor wore second-hand or coarse woolen versions.

Genuine cashmere shawls were made from the fine, silky underfleece of the Himalayan mountain goat, which was a rare and expensive fiber. British and French manufacturers who aimed to copy the Indian shawls attempted to imitate this fiber in various ways-for example, by using different combinations of wool and silk. Methods of manufacture also created distinctive differences between Indian-and European-made shawls. As Sarah Pauly notes, "European shawls, whether woven on the drawloom or the Jacquard loom, were always machine-woven, while the Indian product was always made by hand-manipulated weaving (when not embroidered)" (p. 20). The result of this was that the design and construction of European shawls was limited by machine capabilities. From 1824, the introduction of the Jacquard loom enabled more sophisticated designs to be produced than previously possible on the drawloom. However, no machine could match the immensely complex and time-consuming double-interlocking twill-tapestry technique used by the Kashmiri weavers, which was only possible by hand.

Another singular feature of the Indian shawls was the pine or cone pattern, which was a stylized interpretation of a flowering plant, known as a buta. This design was also linked to Arab culture, as many of the Kashmiri weavers came from Persia. In the nineteenth century the pine became the distinctive motif of the Paisley shawl, a pattern that became even more stylized after the introduction of the Jacquard loom. Three other early shawl designs that remained popular until the 1870s were the spade center, the blue-style, and the zebra. Despite the dominance of Indian-inspired patterns, the ubiquity of the shawl from the 1820s meant that many different fancy designs were also worn.

The most notable British centers for the weaving of shawls in the period discussed were Paisley, Norwich, and Edinburgh. Norwich and Edinburgh manufacturers experimented in the 1790s with producing good, cheaper imitations of the Indian shawls. Despite their relative success in producing high-quality copies, these efforts were soon overshadowed by Paisley in Scotland, which became a thriving international center for the production of shawls from about 1805 to the early 1870s. Leading Paisley manufacturers, such as John Morgan & Co., Forbes and Hutcheson, and J. J. Robertson, were successful in bringing the shawl to a mass market of consumers, largely because they were cheaper than their rivals. Despite its Indian derivation, the stylized pine design has since become internationally known as the Paisley pattern.

In France, manufacturers in Lyons, Paris, Jouy, and Nimes also began making shawls from the early nineteenth century. French shawls tended to be of high quality of both design and manufacture; they were renowned as being second only to the Kashmir shawls of India.

For a long time English fashions have formed part of those of France. The shawls, a type of unusually ample handkerchief, hail from India, where they replace mantles. Adopted by the English, they have come to France and go rather well with fashionable undress. (Journal de la Mode et du Gout, pp. 1-3) 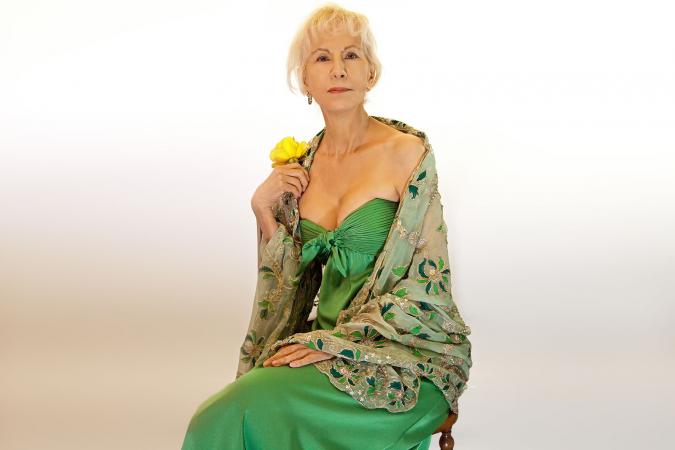 The shawl ceased to be a ubiquitous fashion item from the 1870s, owing to the introduction of the fitted bustle style. It regained popularity in the twentieth century as an element of formal evening dress; however, in general it has had a minimal presence within the fashionable female wardrobe. The mid to late-1990s witnessed a brief period of fashionability for the pashmina, a cashmere shawl usually made in attractive, plain colors.

Alfrey, Penelope. "The Social Background to the Shawl." In The Norwich Shawl. Edited by Pamela Clabburn. London: HMSO, 1995.