Street style has always existed. It is, however, only since the mid-1950s that its significance has been recognized, valued, and emulated.

Why this change? Arguably the most profound and distinctive development of the twentieth century was this era's shift from high culture to popular culture-the slow but steady recognition that innovation in matters of art, music, and dress can derive from all social strata rather than, as previously, only from the upper classes. As much as, for example, the twentieth century's accreditation of jazz, blues, folk, and tango as respected musical forms, the reevaluation of street style as a key source of innovation in dress and appearance-in the early 2000s, a principle engine of the clothing industry-demonstrates this democratization of aesthetics and culture.

With the development of that system of perpetual style change that is called "fashion" (in the Renaissance), most new designs "trickled down" the socioeconomic ladder to be copied by anyone who could afford to do so. This system was still the order of the day in 1947 when Christian Dior launched his "New Look": first available only to a tiny, wealthy elite, the tight-waisted and full, voluminous hem of this design rapidly became available in department stores (and via patterns for home sewing) throughout the West. (Interestingly, one of the first prominent British street style "tribes," the Teddy Boys, might be seen as another example of the "trickle down" principle in that the distinctive styling of their extra-long jackets-and even their name-was copied from the "edwardian" style fashionable amongst some upper-class British men.)

Yet even as the "New Look" demonstrates the extent to which-in the middle of the twentieth century- the high-fashion world remained largely impervious to influences from outside the tight sphere of elite designers and their wealthy customers, a broader perspective on dress reveals a growing appreciation of styles and fabrics with distinct, explicit working or lower-class roots and connotations. Denim is a good example of this: originally worn only by male manual workers, the 1947 and 1948 Sears & Roebuck catalogs both feature casual wear for women and children made from this material. While the designs and catalog presentation of these garments promotes the symbolic context of cowboys and the "Wild West" rather than urban manual labor, it could be argued that the cowboy was the first "working-class hero." At around the same time, the flamboyant, extrovert, and extravagant zoot-suited "hipster" styles of black jazz musicians and (at the other extreme stylistically) the rough and ready look of the Bikers (models for Brando in The Wild One) were increasingly influencing the dress style of the sort of middle-class male who previously had looked only to upper-class style (and upper-class sports) for sartorial inspiration. Thus, even before the end of the first half of the twentieth century, one finds significant examples of "bubble up" replacing the previously all-pervasive "trickle down" process; of the upper class loosening its stranglehold on "good taste" in matters of dress and, therefore, the emergence of street style as a potent and energizing force.

A Positive View of Street Style 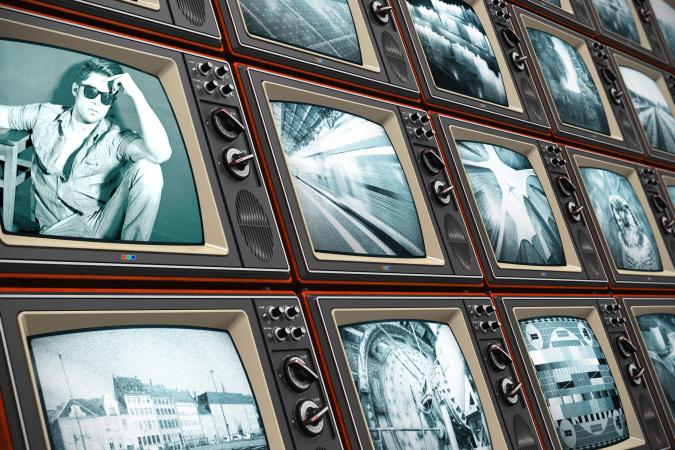 The dramatic increase in the standardization of life after World War II (suburbanization, mass marketing, the franchising of restaurant and retail chains, the spread of television, and so on) may have increased the appeal of "alternative" lifestyles for individuals in search of "authenticity." The clothing styles of both the "outlaw" and those "from the wrong side of the tracks" became attractive as symbolic totems of escape from the bland (un)reality of what many cultural theorists have termed "late capitalism."

Important also was the astounding demographic blip of the "baby boomers" born just after World War II. As this generation grew up in the late 1950s and early 1960s, they came to represent a new sociocultural category-the "teenager"-who, by sheer dint of numbers and the fact that, by and large, they had money to spend, became a significant focus of the economic and cultural worlds. Slow off the mark in its embrace of "youth culture" (and still determinedly upper class and elitist), high fashion had little to offer the average baby-boom teenager who saw street style as a hipper, more authentic, and relevant source of stylistic inspiration. Every street "look" (beat, mod, rockabilly, biker, etc.) brought with it an entire lifestyle package of values and beliefs, a philosophy and, it was often hoped, a new, alternative, community.

This admiration of street style was especially true of young males. Fashionable male dress reached a crescendo of blandness in the 1950s with the typical, middle-class Western male reduced to near sartorial invisibility. It comes as no surprise, therefore, that street style in the twentieth century was as biased toward men (hipsters, beats, teddy boys, bikers, mods, hippies, psychedelics, skinheads, glam rockers, punks, new romantics, goths, casuals, b-boys, etc.) as fashion has been biased toward women. The rise of street style represents the return of the peacock male from near extinction and this undoubtedly plays a key part in its rising popularity and importance.

Finally, mention should be made of the importance of street style as a facilitator of group identity and sub-cultural cohesion. Since the close of World War II, Western culture has seen a dramatic decline in the significance of the traditional sociocultural divisions such as class, race, religion, ethnicity, regionalism, nationalism, and so on in defining and limiting personal identity. While liberating and egalitarian, this diminishing of the importance of such traditional sociocultural groupings created a huge amorphous, undifferentiated, homogenous mass within which a sense of community-"People Like Us"-became more problematic. The "tribelike" groupings of, for example, bikers, beats, and teddy boys in the 1950s; mods, hippies, and skinheads in the 1960s; headbangers, punks, and b-boys in the 1970s; and goths, new age travelers and ravers in the 1980s, offered a much needed sense of community-especially for teenagers who, beginning to separate from the parental family but not yet having created their own family unit, feel this need most acutely. Significantly, while throughout human history sociocultural groups have always used dress and body decoration styles to signal and reinforce their group identities and their shared culture, now, for the first time, one's appearance and style became a sociocultural glue which, it was hoped, would bind together disparate strangers-most of whom would never meet but all of whom shared a culture encrypted in a particular style of dress and music.

From the 1940s through the 1980s street style coalesced into dozens if not hundreds of alternative "tribes"-each with its own complex, integrated subcultural system of style, values, and beliefs. Many of these evolved, distinguishing one from the other (hipsters to beats to hippies) while others developed in an antagonistic process energized by opposition (mods/rockers, hippies/punks). In the process, a complex family tree of "styletribes" has spanned (and in many ways defined) several generations.

An Advertisement of Self

Street style "tribes" offered (and, for many, seem to have provided) that sense of community and shared identity that is so difficult to find in contemporary society. But while significant remnants of many of these subcultures remain scattered around the globe, such commitment and group identity have become less typical of the twenty-first century.

Such looks are now, typically, plucked off the shelf of the post-modern "supermarket of style," tried out, promiscuously mixed with other looks, and then discarded.

However, while street style may now have entered a post-tribal phase, this is not to suggest that its importance has diminished, since fashion, in its strict, traditional sense, no longer structures and empowers most of the clothing industry. As the supreme expression of modernism, fashion's orderly, lineal production of new, "New Looks" and the consensus in the form of a singular, progressive "direction" that it demanded, is ill-suited to the complexity and pluralism of the postmodern age within which the possibility of progress, the value of uniformity, and the desirability of transience are increasingly questioned.

Originally attractive because of its perceived "authenticity," its offer of "alternative" choice and its capacity to "say" something significant about those who wear it, street style has moved into a key position within the clothing industry in a postmodern age characterized by a crises of identity, truth, and meaning. This is to say, not only has the "fashion industry" come to increasingly and persistently look to "the street" for design inspiration, but, more significantly, that how clothing functions in the early 2000s from the perspective of the consumer- how it is purchased, worn, and valued-is more rooted in the history of street style than in the history of high fashion. Consumers have, in other words, moved a very long way indeed from the world of Dior's "New Look" in 1947 and the direction of this movement is commensurate with that approach to dress and appearance that has come to be known as "street style." 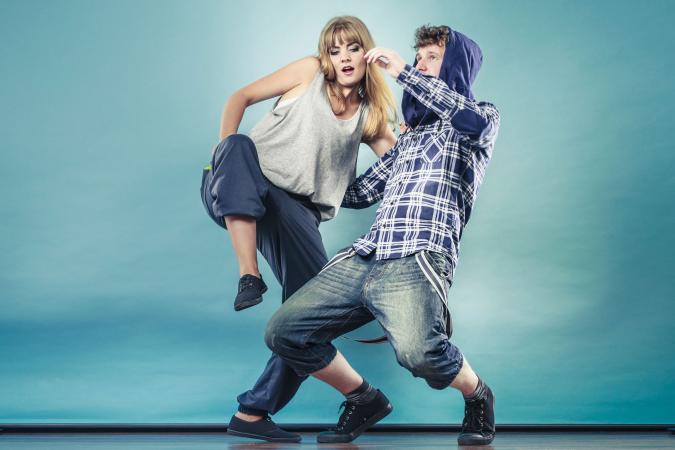 The "bubbling up" of stylistic inspiration (often, modeled by up-and-coming pop musicians) has become widespread within every segment of the clothing industry including "High Fashion." Moreover, street style's delight in "timeless classics" and its disdain for the ephemeral (Hell's Angels never coveted "This Season's New Biker Look") is seen in a widespread resistance to throwing out everything in one's wardrobe just because some fashion journalist might claim that "brown is the new black." While once the consumer sought out a "total look" from a particular designer, it is increasingly thought that only a pathetic "fashion victim" takes such a passive approach. Thus, the construction of a presentation of self is increasingly seen as the work of the creative individual.

To this end, in a process that can be traced directly back to the Punks, the twenty-first century consumer- using garments and accessories from different designers, brands, or charity shops as "adjectives"-samples and mixes an eclectic (often even contradictory) range of looks into a personal style statement. This emphasis on what a look has to "say" also largely derives from street style. While pure fashion articulated only "This is new and I am therefore fashionable," street style was always deeply resonate with more complex personal (even philosophical and political) meanings-a choice of cut or color or fabric calculated to convey a precise summary of attitude and lifestyle. Street style obliged the individual to wear his or her values and beliefs on the sleeve-in a way that more often than not required commitment and courage. Arguably, it is this capacity to give visual expression to where one is "at"-to articulate personal differences and, therefore, to create the possibility of interpersonal connection between like-minded individuals-which, in an age of too much communication and too little meaning, is street style's most valuable legacy.

Hebdige, Dick. Subculture: The Meaning of Style. London: Methuen and Co., 1979. A key text in the development of subcultural theory.

MacInnes, Colin. Absolute Beginners. London: Allison and Busby, 1992. A novel that was originally published in 1959.

Melly, George. Revolt into Style: The Pop Arts in the 50s and 60s. Oxford: Oxford University Press, 1989. A classic text; originally published in 1970.

Polhemus, Ted. Streetstyle: From Sidewalk to Catwalk. London: Thames and Hudson, Inc., 1994. A summary of all significant "styletribes" from 1940s to 1990s; includes book, music, and film references for all groups in "Further Information."