According to Merriam-Webster's dictionary, the word "sweatshirt" materialized in 1925. It denoted a collarless, long-sleeved, oversize pullover made of thick fleecy cotton. The earliest sweatshirts were gray utilitarian gear that athletes wore while training for traditional sports. Sweatshirts not only provided warmth, but as their name revealed, they also possessed the functional ability to induce and absorb sweat during exercise.

The design of the sweatshirt evolved to include the zipper front "hoodie"-first marketed by Champion Athletic wear for football players to use on the sidelines. Sweatshirts with matching pants ("sweat pants") created an ensemble known as the jog suit, track suit, or sweat-suit, and they became widely popular in the 1970s along with the craze for jogging. Contemporary derivatives ranging from short-sleeved or sleeveless sweatshirts to "sweatskirts" and the development of high-tech materials with better insulation and increased comfort offer proof of the sweatshirt's continuous ability to adapt to the needs of the wearer.

The sweatshirt's potential as a portable advertising tool was discovered in the 1960s when U.S. universities began printing their names on the medium. For students and parents alike, university names on sweats became the preferred casual attire for exhibiting school pride. The sweatshirt, along with the T-shirt, provided a cheap and effective way of disseminating information on a mass scale. The T-shirt slogan fad of the seventies inevitably translated to sweatshirts. Recognizing the relative simplicity of customization and the power of clever graphics combined with catchphrases, sweatshirts became a vehicle for personal expression for both the designer and the person wearing them.

The rise of extreme sports in the 1980s, such as surfing and skateboarding, and the simultaneous establishment of hip-hop as a cultural phenomenon, reinjected a whole new level of cool into the sweatshirt. For surfers, the sweatshirt became a practical component of beachwear. The sweatshirt provided the obvious solution to quick warmth upon exiting the ocean, and facilitated drying off by absorbing excess water. As surfing gained a strong following, the sport's popularity was harnessed by various labels, the most successful perhaps being Stüssy and Quicksilver of the 1990s. Favorites of young adults and teens, the brands produced a lucrative globally-marketed clothing line that included, of course, the sweatshirt.

As skateboarders took to the streets translating the vertical movements of surfing to flatland, they too adopted the sweatshirt in part for its functionality-the heavy cotton was an extra layer of cushion between the skin and the concrete pavement. In the early 1980s Thrasher Magazine and Transworld Skateboarding both began publication and informed skaters of techniques and tricks through short articles and sequences of vivid photographs. The consequence of such a visual resource was the subtext of skate style. Scores of suburban youth, unable to emulate the moves, could now at least imitate the look. This look typically included a T-shirt, baggy cargo shorts/pants, a hooded sweatshirt, and a pair of trainers made for skateboarding. Like their surfing counterparts, skate labels increasingly catered to a wider audience hungry to appropriate the skater look.

Another revolution brewed in the late 1970s, that time on the east coast of the United States. In the South Bronx of New York, hip-hop culture was born out of a rebellion to disco and as an alternative to gang life. Rap, Djing, breakdance, graffiti, and fashion combined to produce an artistic phenomenon that would reach across global boundaries to become a billion-dollar industry.

Early components of hip-hop fashion, otherwise known as "old school," included sweatsuits, Adidas or Puma trainers, Kangol hats, and big, gold jewelry. Colorful sweat ensembles were not only everywhere and cost effective, but they reflected the vibrancy of graffiti murals and proved functional when performing breakdance moves. As groups such as the Sugar Hill Gang, and later Run DMC, began to garner recognition, the old-school look became representative of hip-hop style. The countless hip-hop fashion labels of the early 2000s continue to promote the legacy of the sweatsuit by maintaining it as a central focus in both their men's wear and women's wear lines. 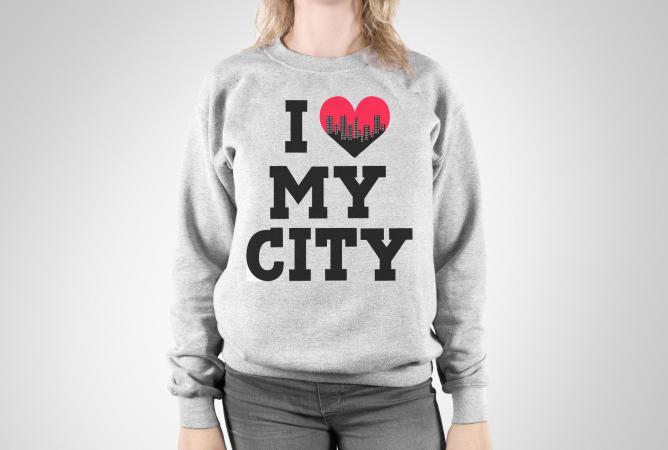 From humble beginnings as athletic wear, the sweatshirt has achieved mass-market domination, repropelled by the birth of logomania in the 1980s. Designers wishing to cash in on branding, utilized the sweatshirt in part to do so. From Vivienne Westwood's "Anglomania" sailor sweatshirts to Calvin Klein's ubiquitous "CK" example, sweatshirts with designer logos became the affordable version of designer wear for the masses.

The sweatshirt's commercial success is a direct result of its connotations of comfort, sportiness, and practicality. In the early 1980s, designer Norma Kamali sought to create a collection for the working woman that epitomized those aforementioned ideals. Her answer was the well-received Spring-Summer 1980 "Sweatshirt Collection" in which Kamali designed an entire wardrobe from sweatshirt fabric.

Subsequent designers have also utilized sweats-evidenced by sport's influence on both men's and women's Fall 2003 collections. Dolce & Gabbana literally referenced hip-hop on hooded sweatshirts that read "l'Hip-Hop C'est Chic" while Bernhard Willhelm's much anticipated menswear debut produced skateboarder inspired skull 'n' crossbone hoodies, Harlequin tracksuiting, and U.S. flag print sweats with confetti overprint. Jean Paul Gaultier's women's wear line put a sporty spin on the classic pinstriped suit with a hooded sweatshirt worn underneath the jacket, and Michael Kors's modern take on the sweatsuit included pairing it with a fur vest. The ultimate marriage, however, between fashion and athletic wear is Y-3, the collaborative by-product of Yohji Yamamoto and Adidas. Here, sportswear is reclassified as high fashion through the introduction of luxury detailing to classic athletic staples like the jog suit.

The sweatshirt's ability to transcend its athletic origins by becoming both an influential component of sportswear and an element of various subcultural dress, testifies to its importance in fashion; furthermore, the fashion system's innate ability to recycle pre-existing motifs guarantees that the sweatshirt will evolve for years to come.