Traditional dress may be defined as the ensemble of garments, jewelry, and accessories rooted in the past that is worn by an identifiable group of people. Though slight changes over time in color, form, and material are acknowledged, the assemblage seems to be handed down unchanged from the past. Traditional dress or costume is a phrase used widely both by the general public and writers on dress. It conjures up images of rural people dressed in colorful, layered, exotic clothing from an idealized past in some faraway place. This notion of traditional dress has been scrutinized and found inadequate by many researchers and scholars, but its uncritical use continues into the twenty-first century. The phrase traditional dress or costume is often used interchangeably with the terms ethnic, regional, and folk dress. For a concise discussion of this terminology see Welters and for a fascinating look at how the term is used try a Web search on the words "traditional costume."

In Webster's Third International Dictionary, tradition is defined as "an inherited or established way of thinking, feeling or doing: a cultural feature preserved or evolved from the past" (1993, p. 2422; italics by author). The concept of traditional dress as a static form carried over from the past is usually contrasted with the rapidly changing fashion of "the West." Ethnographers and travelers documenting actual dress practices provided the original data for later interpretation by other researchers. Early social psychologists were primarily concerned with understanding the human element of fashion change, not with the continuity of a particular dress tradition, thus the reference to tradition or custom was usually brief. General studies of folk or traditional costume were geared toward showing the diversity and splendor of peoples of the world while more recent, specific studies tend toward more historical and cultural analysis. Tarrant asks the pertinent questions, "What tradition?" and "How old is tradition?" (p. 153), questions that are essential for studying and analyzing the cultural and historic aspects of dress.

Changing customs in Navajo women's dress shows clearly how dress traditions adapt to changing circumstances over time. Navajo myth tells of the people clothed in garments of shredded cedar bark or pounded yucca leaf. When they moved into New Mexico in the fifteenth century the Navajo wore garments of animal skin. They began to weave with wool after the Pueblo Revolt of 1680, when many Pueblo Indians, already weavers, took refuge with Navajo neighbors and taught them to weave. A dress made from two rectangular pieces of wool fabric, fastened at the shoulders, remained in use until the 1880s.

During four years (1864-1868) of confinement at Fort Sumner, the people were reduced to wearing cast-offs and garments made from flour sacks and whatever fabric they could find. With the advent of the railroad in New Mexico and the establishment of trading posts, Navajo women began to sell their wool and the blankets they made, trading for cotton cloth which they sewed into skirts and blouses. The use of a velvet blouse began in 1890, when a trader brought velvet or velveteen to a post. Only at this point did the ensemble of gathered skirt, close-fitting velvet blouse, and silver and turquoise jewelry worn in the early 2000s by elderly women and by young women on ceremonial occasions become traditional.

Often made in the family for personal use, traditional dress uses materials commonly available where the maker lives. These materials and styles are often assumed to have evolved in response to environments-wool in cold climates, cotton in warm. But traditional dress often also incorporates imported materials obtained by trade. Exotic fabrics or notions can be incorporated into a people's dress and become "traditional," as Indian madras has for the Kalabari Ijo of the Niger Delta. Although no one knows where it originated, a print cloth called ondoba, said to have arrived with the Portuguese in the fifteenth century, "belongs" to the Nembe Ijo of the Niger Delta.

Over time, factory-made materials are commonly substituted for those once produced by hand in the home. Hand embroidery is reproduced by machine. It is also of note that men often adopt cosmopolitan styles while women, as carriers of culture, seem more inclined to retain aspects of traditional dress.

Traditional Dress in the Early 2000s

Although immortalized in the world eye by romantic photos and tourist-oriented advertising, what is known as traditional dress is not commonly worn everyday anywhere in the world; elements of traditional styles are regularly seen. Education, access to international media, contact with outsiders, and the desire and ability to participate in global consumer culture have all contributed to changes in this form of material culture. Weddings, religious rituals, festivals, folkloric dance performances, and historical reenactments are occasions for donning the dress of the past in parts of the world where virtually no elements of traditional dress are found in contemporary use. 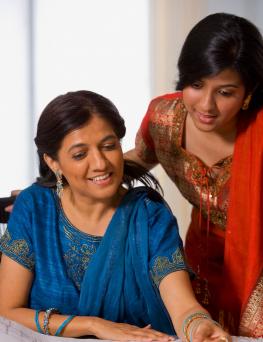 In other places, traditional dress is one option in a person's wardrobe-there are times when it is expected and necessary but other times when cosmopolitan styles are appropriate. A young woman in South India, where the sari is considered traditional, can wear a North Indian salwar-kameez outfit one day, jeans and T-shirt the next, an "ethnic" skirt and blouse from Rajasthan another day, but put on a sari when attending a wedding. After marriage, the same woman might wear a sari more frequently, acknowledging her change in social status as a wife and mother.

Everyone in the world follows some dress traditions in varying degree. Although Americans often don't recognize it, there is a strong element of the past in ritual dress such as that for weddings and funerals. One would not be formally sanctioned for wearing bright colors to a funeral. However, there is a cultural tradition of black or somber dress that would be violated.

Unexamined, the phrase "traditional dress" implies a group of people living an integrated, rural life where group identity is paramount and community values are widely shared and important relative to individual expression. This romantic ideal of a meaningful community life contrasts with the perception of contemporary urban life lived in colorless anonymity. Linked with the common idea that globalized urban life is spiritually and culturally empty, this romantic ideal of traditional dress is kept alive in the minds of those who are furthest from it.

What is called traditional dress might in the early twenty-first century be more correctly called ethnic dress, donned to express diverse identities and affiliations such as cultural pride, nationalist or ethnic group politics, or to make a statement about personal, aesthetic, and cultural values. 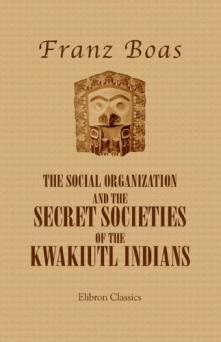 The Social Organization and the Secret Societies of the Kwakiutl Indians

Blumer, Herbert. "Collective Behavior." In An Outline of the Principles of Sociology. Edited by Robert Park. New York: Barnes and Noble, 1939.

Hendrikson, Carol. Weaving Identities: Construction of Dress and Self in a Highland Guatemala Town. Austin: University of Texas, 1995.

Lentz, Carola. "Ethnic Conflict and Changing Dress Codes: A Case Study of an Indian Migrant Village in Highland Ecuador." In Dress and Ethnicity. Edited by Joanne B. Eicher. Oxford: Berg, 1995.