Throughout the twentieth century, the tuxedo was emblematic of occasions when men were requested to dress formally after dark, whether for drinks, dinner, or some other gathering. The garment developed at a time in the late nineteenth century when men in the upper levels of society began to demand that their clothes be cut to accommodate the increasingly casual nature of leisure time. As with many fashion innovations, credit for the new style of jacket intended to be worn by men in the evening was claimed by many individuals. In fact the tuxedo jacket arose from sartorial innovations in both America and England. It succeeded in ushering in a new level of formality, intermediate between full white-tie formal wear and the lounge suit, that is only now showing signs of fading from usage.

Origins of the Tuxedo

The term tuxedo derives from Tuxedo Park, a residential club colony of rustic mansions in the outer suburbs of New York, founded in 1886 by the wealthy Lorillard family and some of their friends. The Tuxedo Club's annual Autumn Ball was an important event in the New York social calendar; the dress code for the ball would normally have been white-tie and tails. However, in 1885 James Brown Potter, a charter member of the Tuxedo Club and friend of the Lorillard family, had been introduced to the idea of the dinner jacket by the Prince of Wales, who was later to become Edward VII. The Prince had recently created a new evening jacket to be worn at his country estate at Sandringham; it was a black jacket without tails, inspired by the smoking jackets that men would wear when retiring to the smoking room after a meal. A year later, Pierre Lorillard and his son Griswold had their tailor design similar dinner jackets with satin lapels, with a cut similar to the equestrian jackets worn for fox hunting. These "Tuxedo jackets" soon caught on as the customary attire for semiformal evening events in New York society.

In a separate development, the French responded to the need for a lighter semiformal jacket for warm Mediterranean evenings by creating the Monte Carlo. Although all of these developments show the influence of sporting, hunting, and leisure dress as a means of modernizing a garment by the simplification of its attributes and by the easing of bodily restriction in its cut and construction, it is from the American sense of casualness in formality that the tuxedo derives most of its meaning.

Definition of the Tuxedo

As an alternative to the black tailcoat, the tuxedo was differentiated from the lounge jacket through a fairly strict definition of what constituted it and what it could be worn with. Principally in black, the jacket could bear peak lapels or a shawl collar faced in either silk or gros-grain, and was matched to a pair of trousers with a plain silk stripe running down the side of each leg, without turned-up cuffs. The obligatory furnishings of a black bow tie and cummerbund (when worn without a waistcoat) did not become fully established until the 1920s. At that time, too, the Duke of Windsor refined the narcissistic possibility of the tuxedo by having a dinner jacket made in midnight blue. Ever conscious of his own appearance, the Duke had noted that under artificial light, midnight blue seemed blacker than black. Better still, it also registered darker in photographic terms on newsprint giving the garment the weight of royal authority executed as a self-conscious exercise in style.

The co-option of the tuxedo by women from the late 1960s on indicates a performative sense of playfulness, transgressing the costume's once rigid gender implications. Yves Saint Laurent's le smoking (named after the French term for the tuxedo) was launched in spring 1967 as the singular concept for his entire couture collection. Saint Laurent's technique was to soften the tailoring while retaining the angularity of the cut which, when accessorized with stiletto heels and dramatic makeup, formed a contradictory image of femininity without compromise. This proposition is most clearly articulated in a photograph by Helmut Newton where a woman, unaccompanied in a street at night, pauses to light a cigarette. As a statement of style it is unsurpassed. All designers who have followed on from this deviation, including Ralph Lauren's form-following tuxedo suits, Giorgio Armani's textured interpretations, and Viktor and Rolf 's historical pastiches, underline the singular importance of this sartorial appropriation in women's dress as expressive of modernity. 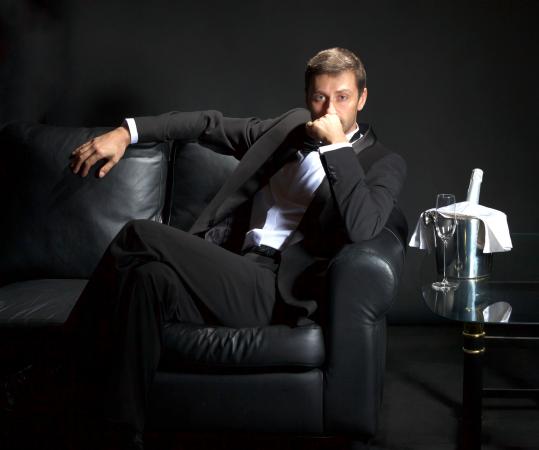 The modulations in the details of the tuxedo across the postwar period are reflected in the sartorial taste of the literary and filmic figure James Bond. More than any other figurehead, Bond has been the model that most men have looked to when considering a style of tuxedo when occasion demands. Sean Connery's depiction of Bond in early films such as Dr. No (1962) and Diamonds Are Forever (1971) crystallized an early 1960s sensibility of a black "tux" with lean lapels, satin cuffbacks, covered buttons, and a folded white handkerchief in the top pocket. The clipped and minimal detailing was suggestive of both acumen and agility in a louche world to which many men aspired. The contradiction is that Bond is better known in the public imagination for the white rather than the black tuxedo jacket, necessitated by the range of tropical settings and number of casinos that the character frequented.

The other institution that upholds the suitability of the tuxedo for special-occasion dress is the Oscar ceremony. As a necessary foil to the elaborate costumes worn by the invited actresses, the tuxedo lends a certain formal gravity to support the very unstable nature of dress designs that appear on the red carpet on a yearly basis. In the vogue for women to reveal the actuality of their bodies in the dresses they wear, the tuxedo becomes the monochromatic means for men to encase the actuality of their own bodies in a formal armor that reveals very little of the true self.

Originating as a relaxed alternative to formal wear, the tuxedo has become emblematic of celebration and special occasions and a potent sartorial symbol of ceremony. When worn well, it conjures up a ritualistic sense of propriety and the debonair expression of a lost era. 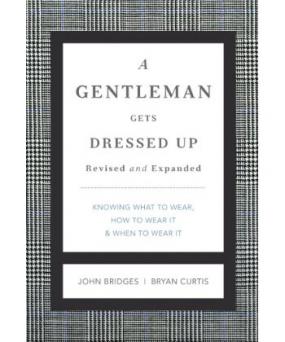 A Gentleman Gets Dressed Up

Curtis, Bryan, and John Bridges. A Gentleman Gets Dressed Up: Knowing What to Wear, How to Wear It, and When to Wear It. New York: Rutledge Hill Press, 2003.

"The History of the Tuxedo." Village of Tuxedo Park official website. Available from http://www.votuxpk.com .