The term "unisex" as applied to dress was coined in the late sixties to denote clothing suitable or designed specifically for both males and females. Prior to this, fashion most traditionally contextualized stood for the clear demarcation of the sexes through the reaffirmation of gender identity. Simply put: women wore skirts, and men wore pants. Although historically there were of course experiments in appropriation, the decade that produced the Youthquake solidified the idea of universal dress.

Denim jeans and T-shirts, popularized in the 1950s by Hollywood cinema, inaugurated the democratization of clothing. Up until that point, they had served as working-class garments that signified a particular niveau in society. For the burgeoning younger generation, the seductive charm of young actors like Marlon Brando and James Dean, combined with the powerful vehicle of motion pictures, transformed jeans and T-shirts not only into fashion phenomena, but perhaps the first truly accepted unisex articles of clothing.

The seeds of youth revolution, planted in the 1950s, fully blossomed the following decade. The 1960s were a period of extraordinary change-one in which conventional notions of age, gender, and class were completely redefined. In an environment conducive to experimentation, the era pushed designers to incorporate new definitions of youth and universality into their work. The idea of unisex, in particular, gained currency precisely for its implications of multifaceted freedom. In the obvious sense, unisex meant liberation from gender, but more importantly, its association with the future in its disavowal of traditional hierarchies and old-fashioned attitudes made it a major driving force for fashion.

The 1960s not only brought the Youthquake, but it was also the age of space exploration. All aspects of society were affected by it-including fashion, which was directly reflective of the times. Placing a big importance on minimalist design, geometric construction, the use of synthetic materials, and the idea of unisex, designer Pierre Cardin revolutionized fashion by creating futuristic clothing fit for the space age. He produced single-breasted, round-necked jackets, stretch jersey tunics, and leggings for both sexes and dressed men and women alike in unitards and jumpsuits accessorized with rounded helmets and flat plastic eye shields.

Like his contemporary Cardin, Rudi Gernreich flourished in a time when political and social unrest called for the remapping of gender identity. Often labeled the "inventor" of unisex fashion, Gernreich explored male and female representation in society by playing with established ideals. His unisex project erased the line dividing the sexes through de-emphasizing the importance placed on sexual attributes and rendering them banal. The centerpiece of the unisex project was the monokini-a one-piece topless bathing suit intended to be worn by men or women who had shaved off all head and body hair.

The concept of unisex has far-reaching implications because it disturbs society on such a basic level. Fashion becomes a powerful tool in subverting sexual identity through connotations of dress. Throughout history and with varying degrees of success, designers have challenged conventional dress codes. In the 1920s, Chanel envisioned a new femininity in fashion that incorporated trousers-the symbol of masculine power. However, it was not until the Women's Liberation movement of the 1970s that pants were universally accepted as female attire. From this point forward, the impact of unisex expands more broadly to encompass various themes in fashion including androgyny, mass-market retail, and conceptual clothing.

Androgynous habits of cross-gender impersonation date back to the privileged classes of seventeenth- and eighteenth-century England and France; however, after the industrial revolution and the subsequent rise of capitalist societies, a fairly structured dress code dividing men and women reemerged. The next great revolution in fashion-the Youthquake of the 1960s-would shatter those gender ideals. The sixties' premium on youth led the way for fashion that was neither specifically feminine nor masculine. From space age to hippie, the idea of dressing was less about being boyish or girly than it was about an overall frenzy of youth fascination.

The 1970s continued with the exploration of gender both underground and in the mainstream. In fashion proper, Yves Saint Laurent advocated the masculine look for women while the subcultural movements of punk and glam rock established, at least visually, an identity through androgynous dress. Further, in the 1980s, Jean-Paul Gaultier sent men and women down the same cat-walk in similar-style sarongs and pant-skirts inspired by the Orient. Simultaneously, the new-wave movement fused punk and glam-rock influences to create the next generation of unisex fashion.

In the contemporary moment, the styles of the 1970s and 1980s live on through countless retro revivals, but the pioneer of a new type of androgyny, one reborn in luxury lines, is Hedi Slimane, designer of Dior Homme. Slimane reworks men's classic tailoring through subtle detailing, and his collections have become coveted internationally by both chic men and women. As he himself states, "I think it's all a state of mind. Who cares whether a guy or a girl wears the garments? This masculine/feminine dialectic doesn't interest me-in my head, we're all a little bit of both" (eLuxury.com May 2003). 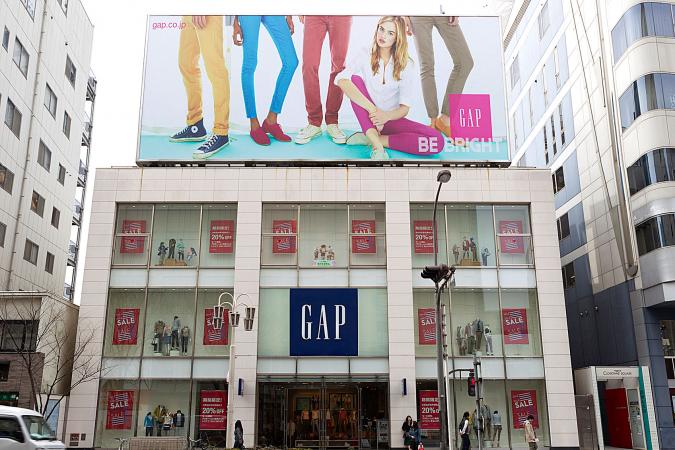 Retailers such as The Gap (incidentally born in revolutionary 1969) have produced wildly successful globally marketed clothing lines founded on a basic range of simple unisex separates: T-shirts, jeans, trousers, sweaters, and jackets. Their domination of the clothing market stems from their affordability, accessibility, and their capacity to transcend age, gender, and perhaps most importantly, trends. The Gap's consistency in design and marketing guarantees the firm's continual growth and success in a climate where the average consumer seeks more and more to dress in affordable, comfortable, casual wear that will stand the test of time.

The avant-garde in fashion has historically generated design based on a framework of conceptual ideas, converting theories into architecture for the body independent of gender. Ernesto Thayaht worked with fashion under the Futurist conviction that society could only be revolutionized through aesthetics. Fashion bridged the divide between the avant-garde and the masses. In the early 1920s Thayaht created the unisex garment known as the tuta that was similar in design to Russian Constructivist uniforms. The tuta was monotone, varied in fabric depending on the season, and was worn without an undershirt for all occasions.

The legacy of such experiments in fashion was rediscovered in various contexts from the 1980s onward. In contrast to the glitz and glamour of western fashion in the eighties, Japanese designers Rei Kawakubo and Yohji Yamamoto created collections the press dubbed as the "post-Hiroshima look." In a reaction to the hyper-feminized sexuality ubiquitous in European and American fashion, Kawakubo and Yamamoto designed genderless, loose, asymmetric and irregular clothing in black that placed a primacy on garment construction.

Conceptual fashion evolved the following decade with Belgian deconstructionists, most notably Ann Demeulemeester and Martin Margiela. Deconstruction revealed the process of tailoring, shape, and construction through surpassing gender codes and questioning body proportion. While traditional fashion physically reinforces sexual codification, these movements took the notion of gender identity away from clothing and reinserted the importance of garment fabrication and the conceptual origins of creation.