The zoot suit cut a suave silhouette. Initially popularized by black "hipsters" in the mid-to late-1930s, but embraced more generally by swing jazz enthusiasts of all colors, the zoot suit jacket exaggerated the upper male body with wide padded shoulders and broad lapels, tapering dramatically down to the waist and flaring out to the knees. The pants were flowing, high waisted, and pleated, flaring at the knees and angling radically down to a tight fit around the ankles. The look was usually completed with a porkpie hat, long watch chain, thin belt, and matching shoes. It was a style androgynous enough to be worn by either men or women, but the fashion was most popular among men.

Variants of the Zoot Suit

Eastern zooters favored eye-catching colors and patterns, but youth on the West coast preferred a more discreet appearance, possibly prompted by the March 1942 ruling of the War Production Board restricting the measurements for men's suits and rationing the availability of material for civilian use. Men's fashion in general became more moderate, and "the drape" was the more conservative version of the zoot suit. The length of the drape jacket was considerably shorter than the zoot jacket, falling at mid-thigh, and otherwise looked little different from a man's oversized business suit. Some women in Los Angeles took to wearing pleated skirts underneath the drape jacket with hosiery and huarache sandals.

Contemporary accounts placed the origins of the zoot suit in the African American communities of Gainesville, Georgia; Chicago; and Harlem, but the stylistic foundations of the zoot suit trace back to Edwardian fashion at the turn of the century. In the Northeast, the style was known as the "root suit," "suit suit," and "zoot suit"; in the South as "killer diller"; and in the West as "drape shape" or in Spanish as "el tacuche" (the wardrobe).

Jobs in war production allowed young people to experiment with consumption and a popular culture largely inspired by the African American jazz artists they admired. Jazz music, dance, clothing, and language that youth across the color line shared allowed for recreations of social identities. For some, jazz music and the hipster style were audacious celebrations of life in spite of the difficulties blacks faced during the 1930s. For others, wearing the fashion was a show of newfound but modest wealth from wartime employment that signaled their move from square to cool or from "country" to urbane. At the same time, the zoot suit was a dashing if not scandalous image because of its association with hipsters, drugs, and sex. Such layered meanings promised rich possibilities for transforming cultural expression into a form of resistance to the social conventions of segregation.

Although a few saw the popularity of the zoot suit as a harmless development, many more had visceral reactions to it as a symbol of the breakdown of social convention. Critics of jazz fashion seemed unable to accept that working-class youth of color could afford such an expensive suit through honest means. Some saw the suit as a waste of rationed material and an unabashed disregard for community values of thrift and sacrifice. Others projected the antiwar sympathies that some black hipsters expressed to all jazz enthusiasts who wore the zoot suit.

In many communities, the zoot suit grew into a powerful symbol of subversion by the mid-1940s, transformed by different sources of tension over changing social boundaries. As people of color challenged racial barriers across the nation, many whites violently resisted integration. To them, the popularity of the zoot suit seemed to epitomize growing concerns over juvenile delinquency as young people of color increasingly refused to defer to white privilege.

In early June 1943, sailors, soldiers, and some civilians in Los Angeles rioted for a week, setting off a wave of race riots in cities large and small across the nation. The Zoot Suit Riot in Los Angeles was the longest, but the Detroit Race Riot in mid-June was the deadliest. Growing tensions over integration led to a day and a half of rioting, leaving twenty-five blacks and nine whites dead and more than 1,800 arrested. Conversely, in Los Angeles, no murders, rapes, deaths, or serious damage to property were reported in connection with the riot, and only a few cases of serious injury. The mob of mostly white military men seemed focused on reasserting segregation, breached by "uppity" young men of color, by destroying their public displays of wealth and beating those who refused to yield their drapes. 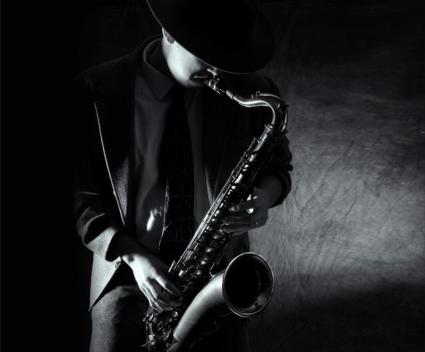 Jazz followed wherever American troops were stationed abroad, and for a moment zoot suits were fashionable among jazz enthusiasts in France, England, and as far away as South Africa. The zoot suit fell out of fashion in the postwar years as the jazz world moved from swing to be-bop, but it served as the inspiration for the Teddy Boys' distinctive look in postwar London.

Decades later the zoot suiter arose immortalized in the dramatic and scholarly works of Chicano artists and intellectuals who saw the wartime generation as cultural nationalists. A zoot suit revival inspired by Luis Valdez's stage and screen musical continues in popular venues, and productions of Zoot Suit continue to draw large audiences in the Southwest. Some businesses and Internet sites cater to customers interested in zoot suits, and zoot-suited youth are a staple at some low rider car shows. For many Mexican American youth, putting on the zoot suit serves as a way to connect with a past that was self-assertive and stylish, pay homage to community elders, and assume a place in the continuum of cultural resistance and affirmation.

High-end designers such as Stacey Adams, Vittorio St. Angelo, and Gianni Vironi produce suits that could well be considered next-generation zoot suits. Updated zoot suits no longer elicit the public censure received in the 1940s, because the social context in which the fashion was first received has changed so dramatically.