Fur garments occupy a long and significant place in European history. From the fourteenth to seventeenth century, the kings and queens of England, for example, issued royal proclamations in order to regulate furs and fur apparel and, especially, to reserve the more exclusive furs of marten, fox, gray squirrel, and ermine for the aristocratic and clerical elite. These royal proclamations became part of what is known as "sumptuary legislation" in which everyday practices involving clothing, drinking, and eating were subject to public governance and scrutiny. Thus, from very early on furs and fur garments were regulated, not only in order to establish a hierarchy of desirable fur, but also to create recognizable codes of social status in the wearer of fur. While by law the most exclusive furs were reserved for the higher nobility, the middle class wore less costly furs such as beaver, otter, hare, and fox, and the peasantry wore the hardier, rougher furs of wolf, goat, and sheepskin.

Very little appears to have changed in six hundred years. In the global economy of the twenty-first century, the luxurious full-length fur coat is subject to various processes of identification, as a commodity and sign of elite standing and material wealth from England to Japan. What is markedly different at the turn of the twenty-first century, is that fur garments, especially those worn by women, now come under intense scrutiny for the dangers and risks they pose to the planet's ecological stability. Politics and fur fashions have become so intertwined in the contemporary setting that it is impossible to discuss fur fashions without reference to ecological struggles, not to mention the challenges faced by indigenous peoples in Canada, Greenland, and Alaska whose very livelihood, in some cases, still depends on the fur trade initially created by Europe's early modern industrial economy and mercantile trade.

In the Middle Ages the exclusivity of some furs meant that they were used sparingly. The practice of "purfling" was invented in which the more expensive furs were reserved for decorative trim, while cheaper furs were used to finish the lining. There are some examples of excessive expenditures on the part of nobles such as Charles VI of France who apparently used 20,000 squirrel pelts to line a garment. It was not until the fur trade was established in the sixteenth century between France, and then England, and the New World (what is now Canada), that furs were available to European consumers in newer and larger supplies. Beaver fur was especially important to this new trade initiative and, in fact, became the primary economic unit from the mid-sixteenth century to the 1870s. In England, the technologically innovative process of felting beaver fur was used to produce the broad-brimmed beaver hats worn by the opposing religious and political groups of the seventeenth century, the Puritans and Cavaliers. One of the most significant promoters of the cavalier style of beaver hat was Charles II. With his restoration to the throne in 1660, the beaver hat emerged as a dominant fashion article supported no less than by Charles II's incorporation of the Hudson's Bay Company by royal charter. Thus, the English fur trade was firmly established and once again fur circulated in abundance among the nobility as well as among a rising mercantile class of consumers as a distinctive sign of class and imperial wealth.

In Russia, similar motivations to expand colonial governance and mercantile wealth were carried out through fur trading. From the mid-eighteenth century and throughout the nineteenth century, Russian frontier merchants traded in sea otter pelts from northern Pacific waters to fulfill the clothing demands of the Chinese elite. Competition from China and eventually the United States and Britain led to various economic and territorial accommodations that resulted in a treaty with the United States and the formation of the Russian-American company in 1824, and between the latter and the Hudson's Bay Company in 1839.

The history of the fur trade and fur garments is in many ways a history of imperial class distinctions but one that is also marked by gender and cultural differences. Influenced by the Russian fur market, in the earlier period in England the fur coat was worn both by men and women. The fur was mostly on the inside, visible as trim on the collar and cuffs. But during the late nineteenth century and throughout the twentieth century, fur became increasingly identified with elite women's fashions and the fur coat was "reversed" in the sense that fur was now worn almost exclusively on the outside.

The 1920s saw the image of the fur-clad woman emerge as a sign of unevenly distributed economic wealth. From debates in the British House of Commons in February of 1926 over the benefits of socialism in providing women with practical and affordable cloth coats against the excesses of capitalism represented by a luxury fur coat, to G. W. Pabst's brilliant silent film Joyless Streets (Die Freudlose Gasse, 1925) in which Greta Garbo plays the heroine who is offered a fur coat in exchange for her sexual services, the image of the fur-clad bourgeois woman not only signified material wealth; it also came to represent, in contradictory fashion, feminine passivity and female sexual power. 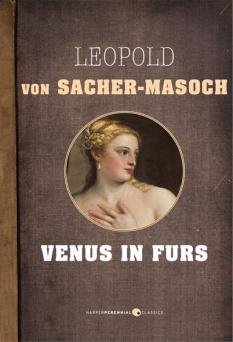 The symbolic power associated with the fur garment in the Middle Ages ensured its value for contemporary fashion as a mark of distinction in the making of luxury commodities. Since the late nineteenth century and the publication of Leopold von Sacher-Masoch's novel, Venus in Furs, the fur coat's value increased with its strong identification with sexual fetishism. However, by the 1970s the fur coat was transformed from desirable female commodity to a symbol for animal rights' activism. Efforts to ensure that the international trade in specimens of wild animals, including fur by-products, did not threaten their survival resulted in the national and international legislation of the Endangered Species Act (1973) in the United States and the Convention on International Trade in Endangered Species of Wild Fauna and Flora (1975). The antisealing campaigns off the coast of Labrador in Canada in the 1970s anticipated the antifur protests of the 1980s and 1990s, headed by organizations such as People for the Ethical Treatment of Animals (PETA) in the United States and LYNX in England, which were successful, momentarily, in diminishing fur sales. More recently, the European Union tried to introduced a ban on the import of wild fur from countries using the leg-hold trap. The ban was temporarily postponed pending an international agreement on humane trapping standards among Canada, the United States, Russia, and the European Union. In response to the global politicization of fur garments, fur manufacturers developed new dyeing and tailoring techniques in order to change the conventional image of the elite fur-clad woman as well as to "disguise" fur, although the Federal Fur Products Labeling Act requires that all fur products bear a label indicating, among other things, whether the fur product was artificially colored. The fashion for fur knitting, popularized in the 1960s, was rejuvenated as a result of these new design strategies. The synthetic textile manufacturers benefited from the antifur media campaigns and developed "fake fur" alternatives. In an interesting twist on the environmental implications of natural fur products, the Montréal-based fashion designer Mariouche Gagné recycled fur into fashion accessories, arguing that fur was a biodegradable product and, therefore, more ecologically friendly than the synthetic alternatives offered by the "green" marketplace. 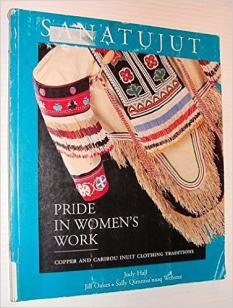 In the early 1990s more established fashion designers such as Jean Paul Gaultier and Isaac Mizrahi tried to give their turn on fur fashion an edge of political correctness by creating designs that incorporated Inuit and First Nations motifs and images. First Nations and Inuit communities responded to this politics of appropriation, as well as to the economic devastation of their participation in the contemporary fur trade, by forming their own political organizations, for example, Indigenous Survival International. They also made use of public institutions-the British Museum in London, and the Canadian Museum of Civilization in Ottawa-to exhibit traditional as well as contemporary fur fashions in an effort to educate the general public about the symbolic and practical dimensions of fur in northern societies and economies.

Pelts: Politics of the Fur Trade. Dir. Nigel Markham. Videocassette. National Film Board of Canada, 1989. An example of the environmental movement's critique of fur fashion industry.