Nylon was the first fiber to be synthesized from petrochemicals and became known as the "miracle fiber." Its inventor was American chemist Wallace Carothers of the DuPont Company. Introduced in 1931, it was first called "66." By 1938 Paul Schlack, a German chemist from the I.G. Farben Company, created a different form of the fiber known as nylon 6. In 1941, British Nylon, Inc. began nylon 6 production in Great Britain. Invented two decades after rayon and acetate, nylon opened the door for synthetic fiber inventions that revolutionized the global textile industry.

DuPont began commercial production of nylon in 1939 by featuring women's hosiery at the San Francisco Exposition. It was one of the most exciting fashion innovations of the age, and women were intrigued by the strength, beauty, and low cost of nylon stockings compared to silk stockings. World War II diverted production of nylon to the war effort as it was used in products like parachutes, ponchos, tires, ropes, tents, and even U.S. currency. When commercial production resumed after World War II thousands of women lined up in New York City to purchase nylon hosiery.

Neil Armstrong planted a nylon flag on the moon in 1969 while wearing a nylon and aramid space suit, symbolizing the futuristic aura of the "miracle fiber." Synthetic fibers can be produced in various modifications. Throughout its history special-purpose nylon fibers have been developed. The Japanese company, Kuraray, began developing leather-look microfiber nylon in 1964, which is used for high-fashion apparel, sportswear, and luggage. A lustrous and luxurious-appearing Qiana nylon was introduced in the early 1970s as an innovation with the triangular cross-sectional shape of silk. It is no longer made. Antron nylon had similar properties and continues to be produced.

Consumers found nylon to be less comfortable than natural fibers. One solution was to blend nylon with other fibers to enhance strength and improve comfort. Modifications produced Hydrofil nylon, which was engineered for increased absorbency. Recent development of microfiber nylon (fibers with exceptionally fine diameters) added a comfort dimension first appreciated in active sportswear, such as athletic wear made of Tactel microfiber nylon produced by DuPont. Designer and consumer-level fashion acceptance of microfiber products continues to grow and with it may come a resurgence of nylon in apparel fashion.

Research into possible innovations for nylon continues. One frontier is micro-encapsulation in medical applications, in which nutrients and supplements encapsulated in the apparel are released as therapy to the body. Encapsulation appeared in interior textiles as perfume in furnishings used to set the mood of a room. Nylon is produced in Asia, North America, Western Europe, and Eastern Europe, with production growth showing a marked shift to Asia. Nylon's share of fiber production has decreased from 20 percent in 1982 to 11 percent in 2002. Polyester at 58 percent has clearly become the dominant synthetic fiber.

Nylon is chemically synthesized from petrochemicals by reacting an acid with an amine. The variant of amine and acid determines the resultant type of nylon (e.g. 66 or 6). The compounds form a nylon salt that is dried and heated under a vacuum to eliminate water and form a polymer known as polyamide. In the technical textile literature nylon may be referred to as polyamide. The polyamide is melted, passed through a spinneret with holes, and drawn in long continuous filaments. Variations in the steps of this process allow producers to engineer specific properties. Often yarns are texturized (treated to change the surface texture) in order to add character, stretch, or bulk. Fibers are then processed into yarns relative to use. 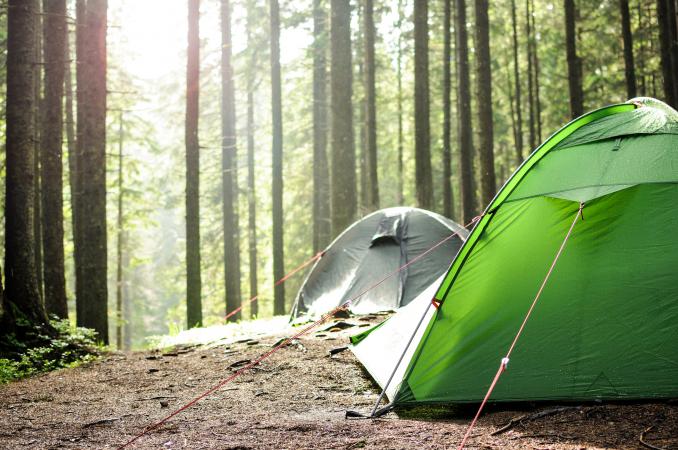 Nylon is known for its high strength, abrasion resistance, durability, elongation, and versatility. These properties make nylon highly suitable for heavy poplin and taffeta upholstery and luggage fabrics. The versatility of nylon allowed for creation of the aesthetics of natural fibers with far better performance. Because of excellent elongation, nylon has been particularly well suited for knitwear. Comfort has been a challenge, though, given low absorption and a medium heat retention that contribute to sweating when physically active. Hydrophil has been engineered to provide absorption and wicking (moisture transport). Nylon taffeta has been used extensively for rainwear, umbrellas, and wind-resistant garments. Static is another outcome of low moisture absorption that can be uncomfortable and possibly unsafe in some environments. Antistatic variants have been developed to manage this problem in garments and in carpeting in which finishes or small amounts of metallic and carbon fibers are used. Nylon can be heat set, making it highly resilient and shrink resistant at normal temperatures; however, at very high heat it can wrinkle, shrink, and even melt. Nylon resists damage from chemicals and is also resistant to mold, mildew, and insects. It is less resistant to damage from sunlight. Nylon attracts oil-based stains and performs best if treated with stain-release finishes. This is particularly needed for carpeting and upholstery.

Nylon in Fashion Across Time

Introducing nylon through women's nylon hosiery created a fashion frenzy never seen for any other manufactured fiber. The momentum of this introduction made nylon the leading synthetic fiber until 1969 when polyester consumption overtook nylon. One major feature of these new textiles that had great appeal was "wash and wear," in which ironing became a seldom-or-never kind of expectation for relatively wrinkle-free textiles. Growth in popularity of knitwear, particularly sportswear, contributed to the fashionability of synthetic apparel. Yet, attempts to make nylon appealing in apparel have met with numerous comfort issues for typical clothing, leading to a perception that nylon is uncomfortable when worn. With ongoing innovations in sportswear and high fashion, nylon continues to be a fiber with a bit of "miracle" pending.