Along with plain and twill Satin Weave is one of three basic weave structures that have been in use since ancient times. Associated with luxury, romance, and sensuousness, satin and sateen fabrics are made of fine silk and cotton yarns as well as manufactured fibers such as rayon, acetate, and polyester. Satin weaves have a smooth, lustrous surface and possess the best draping qualities out of all the weave structures. The pattern of a satin weave is similar to a twill, but the floats (yarns that go over multiple warp or filling yarns before they dip under the surface) are very long-covering up to eleven other yarns. Satin must be woven on a loom with at least six (and more commonly eight) harnesses. Instead of having diagonal lines, the floats are usually staggered to make the surface look as smooth and seamless as possible. This property is enhanced by packing the floats very close together. Even under magnification, it can be difficult to see the structure of a very tight satin weave.

A History of Satin Weaving

Until the invention of manufactured fibers, satin fabrics were generally expensive to produce because they required large quantities of silk or very fine cotton yarns. (With yarns any thicker, the floats would be so long that the cloth would be too fragile to wear.) In the mythology surrounding silk weaving, the original source of the name for satin has been lost. One suggestion is that is comes from the ancient Chinese port of Zaytoun. Another is that satin was "called sztun until the Renaissance; then the Italian silk manufacturers changed the term to saeta to imply hair or bristle, a term which can be applied to fabrics of this type since they show a hairline and glossy surface" (American Fabrics, p. 198).

Satin weaving was invented in China more than two thousand years ago. Although elaborate textiles such as brocade (a figured satin produced on a draw loom) were expensive and in many cases restricted to the upper classes, the cultivation of silk was widespread. By the late second millennium B.C.E., "Ordinary peasant women were expert in the special techniques associated with silk weaving; silk was produced in quantity and worn, at least on some occasions, by a wide range of people, not just the aristocracy" (Steele and Major, p. 22). Silk weaving was a treasured secret, but eventually the technology spread to Japan, Korea, India, Thailand, and other parts of southern Asia. Limited amounts of silk fabric were exported to the West as early as the time of ancient Greece, but satin was not produced in Europe until the Middle Ages. The scarcity of silk restricted the use of this material to the church, nobility, and upper classes.

During the late Renaissance, silk weaving expanded from Italy to Spain, the Netherlands, France, England, and the American colonies. Variations of satin acquired several new names including peau de soie (literally "skin of silk," a matte fabric with tiny diagonal lines) and charmeuse (a lightweight, pebbly satin, sometimes called crepe-backed satin). Sateen, made of finely spun cotton threads (often long-staple Egyptian cotton), has floats in the filling instead of the warp. These sideways floats drape in the opposite direction from a standard warp satin; when used for an elegant ball gown or full skirt they help the fabric stand away from the body. Slipper satin, a strong, compactly woven material is mainly used for footwear.

Uses of Satin in the West 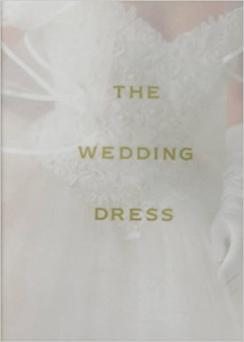 Modern uses of satin in the West have been sacred and profane-it has been sewn into everything from bridal gowns, ballet slippers, and evening dresses to sexy corsets and lingerie. A contemporary book, The Wedding Dress, describes "silk, tulle, satin and lace" as the "heart of a romantic dream" (McBride-Mellinger, p. 9), but satin was not commonly used in bridal gowns until the late 1800s. Because the long floats on the surface of this fabric are easy to snag, it can be difficult to maintain the appearance of satin through repeated use. This was the first time that women outside of the upper classes could afford the luxury of a dress worn only for a single day. Before that time, dresses were used over and over again as "Sunday best."

As manufactured and synthetic fibers such as rayon (originally called "artificial silk"), acetate, and polyester were invented beginning in the 1920s and 1930s, satin gradually became available to an even larger number of women. Duchesse satin, a blend of rayon and silk, was invented as a less expensive, lightweight alternative to 100 percent silk satin. In the early 2000s, all varieties of satin are used for bridal gowns and bridesmaid dresses, evening gowns, prom dresses, and accessories at many different levels of price and quality.

Satin also made an appearance in the late 1800s in the undergarments of fashionable Parisian women. The sensuousness of satin-a prelude to the nude body underneath-was considered very erotic. Although colorful satin was first associated with prostitutes, "fashion journalism and advertising increasingly emphasized the importance of luxurious and seductive lingerie, including colorful, decorative corsets" (Steele, p. 133). In the early 1900s, satin became popular in other styles of lingerie as corselettes, girdles, brassieres, and panties were accepted as replacements for the petticoat and corset. "By 1910, brassieres were available in cotton tricotrine [a knit fabric], silk, satin; in 1920 Vogue advertised one in tulle; and in the 1930s sateen was particularly popular" (Carter, p. 89). New materials such as rayon, nylon, and polyester made it possible for women from nearly all walks of life to purchase sexy lingerie. These fabrics were rationed during World War II, but advertisements and pin-ups pictured women dressed in lustrous satin camisoles.

Satin has continued to be very popular. In the 1970s, the corset came back into fashion as members of punk and goth subcultures "began to reappropriate the corset as a symbol of rebellion and 'sexual perversity'" (Steele, p. 166). In her "Blond Ambition" tour in the early 1990s, Madonna wore a light pink satin corset designed by Jean-Paul Gaultier. An obvious symbol of her sexuality, the corset was not only flaunted as outerwear but had padded, cone-shaped breasts. Partly for reasons of nostalgia, these styles have come back into high fashion at the beginning of the twenty-first century.