Names given to fabrics differ depending on who is naming them. One only has to walk through a museum collection and read the labels, to find out that even within the same institution, there is often no agreement on how to categorize a cloth. At different times, lampas, diasper, and tissue have all been used to describe the same type of cloth. Depending on when or who entered the piece into a collection, the label will reflect the terminology of that period. This can be confusing when one is standing next to two fabrics that appear to be similar, but have different labels (i.e., lampas for one and diasper for the other).

In a different textile circle, contemporary hand weavers might be heard talking about weaving using the Theo Moorman technique. The listener won't know, as the weavers themselves might not know, that this structure is identical with lampas, diasper, and tissue. Theo Moorman had the awareness to state that she suspected her technique had been used elsewhere, but since she didn't know where or when, it was not unreasonable for her to call it her own technique. Sometimes the magazines for handweavers have quite imaginative names for types of weaves that are invented by the authors, based only on their own sense of labeling.

The confusion increases when one looks at magazines and articles for the fashion or interior design market, where names are often created for marketing strategies rather than for clarification of terms. Marketers often want to obscure the facts, making something very mundane appear exotic. It is much more exciting to label a cloth as microfiber than it is to remind the public of the negative connotations of polyester, even though they are, in fact, the same.

So it is important to realize that different constituencies in the world of textiles will use different labels for cloth. Even when the same word is being used, it may have a different meaning, depending on the viewpoint and education of the speaker. An interior designer might speak to another designer using the word "tapestry" to describe a wall hanging, and they understand they are discussing a pictorial textile, not necessarily refer-encing how the work was made. A weaver, however, who thinks in terms of weave structure for classification, over-hearing their conversation, might take exception to this usage, unless the work being discussed was specifically a weft-faced plain weave using discontinuous wefts to create the pictorial elements. Thus, it is important to recognize that the classification of weave types reflects the needs and concerns of the group using the terms.

Perhaps textile historians, archaeologists, and curators are the most rigorous group trying to codify and clarify the labeling of weave types. After all, their need for clear communication is critical; their research is used by others, and perhaps spurs on further research. Thus textile scholars began an international movement to standardize terminology through the establishment of the Centre International d'Etude des Textiles Anciens (CIETA) in 1954. If one attends a symposium of scholars presenting papers on woven textiles today, or reads an exhibition catalog for a contemporary exhibit of historical textiles, most of the classification will try to follow the conventions of CIETA. 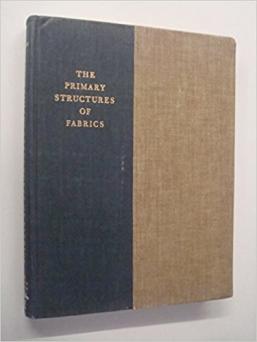 The Primary Structures of Fabric

Another influential study on textile classification is Irene Emery's The Primary Structures of Fabrics, first published in 1966. Although she covers more than woven cloth, most of the book is focused on the structural classification of weaves (not on the process of making). Weaving falls under the heading of constructions using two or more elements, composed of the interlacement of vertical (warp) elements and horizontal (weft) elements. With concise language, clarified by magnified photographs of the structures, Emery details plain weave, float weaves, compound weaves, crossed-warp structures (gauze), twining, and weft wrapping.

Since Emery limits her discussion to structure, she does not include fabric names, which can take into account other characteristics such as fiber, color, finish, and texture. This type of classification, however, is critical to the worlds of fashion design and interior design. Thus taffeta, poplin, grosgrain, cheesecloth, ottoman, and broadcloth are just a few of the varieties of cloth sharing the same weave structure (plain weave), but each evokes a distinct fabric with specific characteristics for the designer who uses these names. Cheesecloth is very open and soft (more open than gauze), and is a balanced plain weave, while broadcloth is of medium-weight with a ribbed effect caused by the warp being more dominant than the weft. These names can also refer to specific yarns being used; for example, taffeta is traditionally made with filament yarns and is very shiny, while broadcloth is traditionally made from cotton or a cotton blend.

The term weave structure refers specifically to the inter-lacement of the vertical and horizontal elements in a weave. As the vertical element, the warp, traverses the cloth, it dives over and under the horizontal element, the weft. Conversely, one can speak of the path the weft takes, moving over and under the warp ends, as it travels horizontally across the cloth. Structural diagrams of cloth can show slices of the cloth, depicting the paths of warp and weft in three-dimensional diagrams called cross sections. These diagrams are particularly helpful to remind the weaver that cloth, usually thought of as a flat, pliable plane, is really a three-dimensional form. More often, though, the diagram of a weave structure is rendered as a two-color grid format. Combined with other information needed to recreate the cloth, this diagram is called a weave draft. 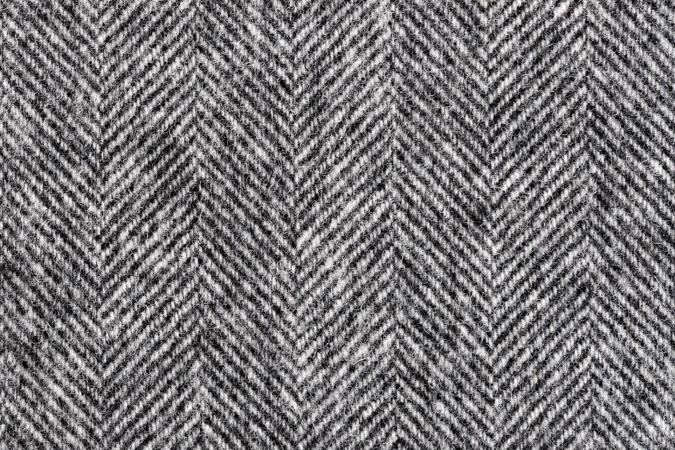 The three most well-known categories of weave structure, using one warp system and one weft system, are plain Twill Weaves, and satin weaves. Each has a distinct type of interlacement that distinguishes it from the others. The path of a warp in plain weave is always over one weft, under one weft. The path of a warp thread in a twill can vary (for example, a 2,2 twill goes over two wefts and under two wefts, while a 5,3 twill would go over five wefts and under three), but it always has adjacent warp threads, in either the right or left direction, lifting, and following the same sequence of over and under. This causes distinct diagonal lines in the fabric. Satin structures, however, never have adjacent ends (warps) go under the same weft, and their appearance is of a smooth, unbroken surface.

These three weave types have been used throughout the history of textiles in all parts of the world. Whether on backstrap looms, draw looms, or floor looms, the majority of textiles created have used one of these three structures. Of course the sett of the warp (the density of the warp), the type of yarn used, the color of the warp and weft threads, and the texture of the yarn will affect the look of the fabric, and thus the classification of fabrics by name.

Weave Structure Can Look Different in the Cloth

Since all weave structures can be modified in appearance through changes in sett, or yarn size, or color, using weave structure as the classification for weave type only tells part of the story.

"A weave draft documents the different components of a specific woven cloth. A diligent weaver can express, diagrammatically, all the pertinent information for another weaver to exactly recreate their fabric. Written for a shaft loom, these elements include the threading draft, which records the sequence used for threading each warp thread in a shaft; the tie-up, which records what shafts are connected to each pedal of the loom; the sequence of treadling, which documents the order in which the pedals are used; and the cloth diagram, which is the sum of the parts, and is another term for the weave structure. (The draft for a dobby loom assumes a direct tie-up [as if one shaft is tied to one pedal] and the ability to raise multiple shafts. The draft has one area called the liftplan, which combines the information that tie-up and treadling sequence give for a shaft loom.) Diagrams can also include the color sequence used for both warps and wefts; notations of different sizes of yarn used; and notations for denting instructions (how threads are clumped in the reed). "

Weaves can also be classified in terms of dye processes done to the warp-thus ikat textiles, or painted warp textiles. Or they can be classified by finishing processes, such as fulled, felted, or shrunk; or stamped, incised, or watermarked. Whatever the classification, if one looks carefully, one can probably find a different name for the same weave type some time during the long and varied history of textiles.