A beret is a round, flat, visorless cap worn by both sexes over centuries. Berets are made from circular pieces of knitted, woven, or felted cloth, occasionally velvet, and drawn underneath by a string, thread band, or leather thong so as to fit around the head. They may be decorated with objects, such as ribbons, plumes, pins, tassels, jewelry, precious stones, fabrics, and cords.

Options for wearing the beret include set back on the head (halo style), flat on the head (pancake style), pulled down covering the ears (winter version), dipping diagonally to one side (fashion style), or pulling over the eyes for sleeping (oversized practical type).

Archaeological and art historical evidence indicates that variations of the beret have been worn by Bronze Age inhabitants of northern Europe, Ancient Cretans, Etruscans, English aristocrats such as Henry VIII, along with baroque and modern artists (Rembrandt to Picasso).

The modern "Basque" beret originated with shepherds living on both sides of the Pyrenees in southern France and northern Spain. Little is known of Basque peoples' origins, and in the Spanish Provincias Vascongadas, different color berets were worn: red in Guipúzcoa, white in Ávala, blue in Vizcaya. Eventually, the Basques all adopted blue, while red berets were taken over as part of the provincial folk costume in neighboring Navarre. The wearing of black berets spread to villages throughout Spain, and by the 1920s they were associated with working classes in France.

Basque beret production dates back to the seventeenth century in the non-Basque area of Oloron-Sainte-Marie, a small town in southern France, where sheep grazed on nearby mountainsides. Locals, like many other peoples, discovered that when wetted and rubbed together, small bits of wool became felted. While still moist, the felt could be hand manipulated by pulling it over the knee, thereby creating a rounded shape appropriate for covering the head.

Originally made by hand for male villagers, beret making became industrialized in the nineteenth century, with the first factory, Beatex-Laulhere, claiming production records dating back to 1810. Other factories followed and, by 1928, over twenty were producing millions of berets for international markets, stimulated by World

Basque berets are usually made during winter months and involve ten steps: knitting, sewing, felting, blocking, drying, checking, brushing, shaving, "confection" or finishing, and delivery. In 1996, a beret museum opened in the village of Nay, sponsored by the manufacturer Blancq-Olibet, which provides public educational tours on Basque beret manufacture. 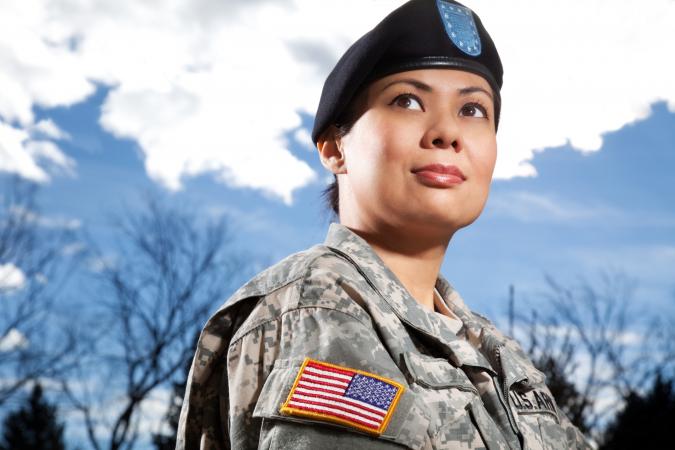 Over time, berets have been worn for political, military, religious, and aesthetic reasons. Symbolic meanings developed that were associated with color. The black beret became so popular with French urban workers that beret-wearing resistance movement fighters (Maquis) during World War II were able to blend into crowds without raising suspicion among German occupation forces. The dark beret became the trademark of Che Guevara, leader in the 1959 Cuban Revolution, and many of his later followers. A Che beret is preserved at the Museum of the Revolution in Havana.

Because of its flexibility, the beret was ideal for lowranking military uniforms. Originally worn by nineteenth-century French seamen, it was adopted during World War I for alpine troops. British Field Marshal Montgomery popularized the beret during World War II as a badge of honor for elite military units. Since the Korean Conflict, berets have identified Special Forces as the "Green Berets," paratroopers trained to drop behind enemy lines (maroon beret) and the U.S. Army Rangers (whose beret was changed from black to tan). During the 1960s Vietnam War, "The Ballad of the Green Berets" brought to public attention the exploits and heritage of these courageous units, symbolized through their caps and shoulder badges.

A controversy broke out in 2000 C.E. when black berets became standard issue to all incoming U.S. Army recruits in an effort to attract and boost morale for an all-volunteer army. Some traditionalists felt the beret as an elite symbol had become compromised. Additionally, to meet the several million beret orders, manufacturers overseas were contracted, which required waiving a U.S. law requiring all clothing and textiles purchased by the military to be produced in the United States.

Over the past half century, United Nations troops have been identified by their baby-blue berets, and peace-keeping forces by orange ones. The beret is worn by modern armies worldwide, including Russia, Iraq, Pakistan, Venezuela, Democratic Republic of the Congo, and South Africa.

In an effort to combat urban crime during the 1990s, volunteer units known as Guardian Angels or "Red Berets" began patrolling city streets in the United States and Europe, later in urban centers in Africa, South America, and Japan. Their bright red berets serve as warnings to petty criminals and reassurance to community residents.

Jamaican Rastafari, and later followers in Central America and the United States, motivated by Black Religious Nationalism, follow biblical prescription by wearing long-uncut, uncombed, and matted hair (dreadlocks) covered by a knitted or crocheted black beret with red, gold, and green circles. Rastafari consider the beret and dreadlocks as an individual's crown, symbols of power representing the Biblical Covenant of God with His Chosen People, Black Israelites (Genesis 9:13).

As a Western fashion statement, the beret has been worn as "classic" sportswear by adults of both sexes and children since the 1920s and is especially popular during wartime and the winter olympics. As part of the U.S. Girl Scouts' required uniform, the beret was adopted in 1936 and only replaced in 1994 by the universally popular visor baseball cap.

Variations of the beret include the Scotch Bonnet, a flat, woven or knitted woolen cap with ribbon cockade and feathers that serve to identify the wearer's clan and rank. Worn at an angle and usually dark blue, called "Bluebonnet" for Scotland's national color, it has been a symbol of Scottish patriotism. The entire Highlander costume including the Bluebonnet was outlawed for many years by the British government. After construction of Balmoral Castle at Aberdeenshire, Scotland, in 1855, the Bonnet came to be called the "Balmoral" because of recognition given the Highlanders by Queen Victoria and Prince Albert.

Other Scottish types include the tam-o'-shanter, made of brushed wool with a large pompom in the center and named after a Robert Burns poem, and the striped woolen Kilmarnock Cap, also with pompom, named for a town in Strathclyde.