Watches are portable timepieces, used to measure time and intervals. Historically, watches were worn as decorative pendants or carried in the pocket. In modern times, they are branded accessories most frequently worn on the wrist.

A Period of Decoration

At the beginning of the eighteenth century, watches were still considered to be primarily decorative objects because of their poor functionality. Men who could afford them typically wore pocket watches, which hung from a short chain and easily slipped into a waistcoat pocket. Women's watches were traditionally more embellished and visibly worn as a pendant or on a chatelaine.

The century marked a period of rapid technical development. Pioneered by organizations and guilds in Germany, France, England, and Switzerland, inventors introduced new types of springs, encasements, and bearings that allowed for better accuracy and performance under vacillating temperature and position. They also replaced the key-winding watch with self-winding movement. Some English and Swiss watchmakers, who utilized jeweled bearings and newer escapements to control the rate of wheel movement, were able to equip watches with a minute hand, which until then was impossible.

These advancements influenced the design and stylistic components of watches, which became much smaller and slimmer. Greater attention was also paid to the protection of the watch, as they became more useful. Circular or oval faces were encased on either the front or back, sometimes both, by a hinged cover. These covers, made from brass, gold, or silver, often displayed intricate engravings or enamels of pastoral scenes, portraits, or other related designs. Fob watches, which were attached on a short chain or ribbon and often held other gold charms, became popular around this time as well. Although watches still lacked the accuracy they had in later years, they sometimes had calendar, moon phase, or alarm functions.

Advancements in Accuracy and Production

The development of mass-production practices and interchangeable parts made it possible to produce watches by machine and in volume. These practices made watches significantly less expensive. In 1892 Timex (then called Waterbury Watch Company) and Ingersoll introduced the Dollar or "Yankee" watch that eponymously expanded the ownership of watches. Although decorative, luxury watches were still popular for women during this period, the functionality and usefulness of the watch increasingly became the focal point of fashionability.

There is evidence that watches adjusted for the wrist existed in the late 1500s in special creations for royalty, yet wristwatches were not used in large numbers until the early twentieth century. The first designs were military in nature-they were introduced as chronographs offering multiple-timing capabilities. These wristwatches were used during the Boer War, and later during World War I for their practicality on the front lines. It was easier and quicker to glance at a watch on one's wrist than to rummage through pockets during battle operations.

Despite the wristwatch's legacy of military use, the style spread first to civilian women. Designs for women during the early twentieth century were jewelry-inspired. Art-deco faces, inlays of onyx and marcasite, and straps of black silk or satin joined the more traditional existing designs of silver and gold braceleting.

By the end of World War II, however, wristwatches were worn by both men and women. Pocket watches were now considered outmoded. Simpler and sleeker designs predominated, epitomized by the Movado Museum watch, which consisted of a black dial free from markers or numbers, characterized only by gold hands and a gold dot at the twelve o'clock position. The importance of fashionability continued into the 1960s with young, pop art designs influencing watch case and face designs. Triangles, octagons, and hexagons accompanied standard round cases, and straps came in a greater variety of colors and fabrics.

Simultaneously, technology dominated the accessory, and much of the development during this time centered around new sources of power. In 1957, the Hamilton Watch Company introduced the first battery-powered wristwatch, and in 1970, the use of quartz crystals to produce an integrated circuit resulted in a watch that was infinitely more reliable than mechanical versions. Omega was one of the first companies to bring the battery-operated watch to market, soon followed by the Hamilton Watch Company's introduction of the Pulsar LED digital watch, an expensive innovation in line with the Space-Age obsession dominating the later 1960s and early 1970s. Swiss watch manufacturers, who had long held a reputation in the industry for manufacturing high-quality, precision, mechanical watches saw integrated circuitry as a temporary fad. It was not until the early 1980s, when the Swiss-based Swatch Group embraced quartz technology, and paired it with designs that responded to consumers' desire for accessories that conveyed lifestyle and personality, that the Swiss industry regained its vigor within the watch-making market. 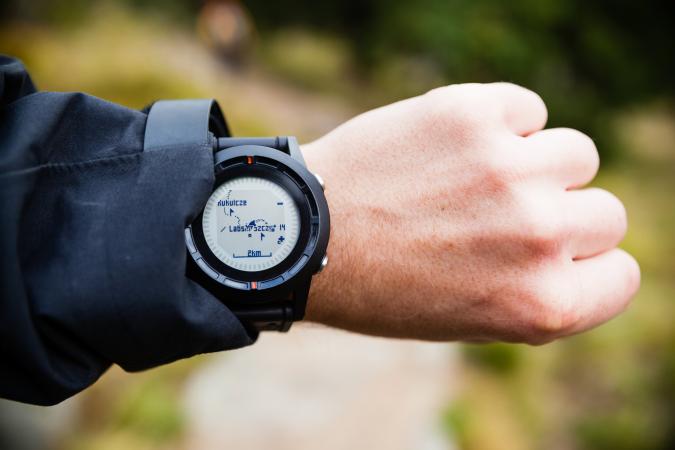 Technological innovation remains an important component of the watch industry. Manufacturers market solar and kinetic watches, and some have introduced models equipped with global positioning systems, or those that link to computers or other portable electronic devices. Yet the wristwatch is also a fashion accessory for which aesthetics and brand are paramount. Fashion watches are associated with lifestyle, and many of the leading watch companies have positioned themselves to appeal to certain segments of the consumer market. Luxury companies such as Rolex, Cartier, Movado, Tissot, Patek, and Breitling, who market through word-of-mouth, high-end event sponsorship, or specialized high-end fashion and lifestyle magazines, still appeal to wealthy consumers. A Cartier watch may cost more than $10,000 and Rolexes or Movados are counterfeited as often as Gucci or Prada handbags. Mid-range watches, such as Fossil or Swatch, continue to sell in mid-priced jewelry and department stores, and Swatch remains well known for its wide range of strap and face styles. These companies have been joined by diversified companies, such as Nike, entering the watch market and promoting wristwatches designed for specific uses such as running or swimming. Lower-priced watches proliferate. Timex was one of the first companies to build its brand on selling through mass-market drugstores and stationery stores. In the early 2000s budget watches can be found almost anywhere: street markets, toy stores, and even inside fast-food kiddie meals. It is as uncommon not to own a watch in the twenty-first century as it was to own one at the beginning of the eighteenth. The watch has truly seen a revolution in time.

Bruton, Eric. Collector's Dictionary of Clocks and Watches. London: Robert Hale Limited, 1999. Comprehensive dictionary, but may be too advanced for new collectors.