Well into the nineteenth century, secondhand garments constituted the clothing market for much of the population in Europe and North America except the very rich. In the post-World War II economic growth era, affordable mass-produced garments, broader income distribution, and growing purchasing power reduced the need for large segments of the population to purchase used clothing, although people with small means still frequent secondhand clothing stores. Throughout the West in the early 2000s, secondhand clothing by and large makes up fringe or niche markets for the purchase of retro, vintage, or special garments, while in many developing countries, secondhand clothing imported from the West is an important clothing source.

Secondhand clothing consumption is often described as consisting of two distinct worlds: one is the world of fashion and the other the world of thrift. These divisions are then mapped onto distinctions between industrialized and the developing nations, hiding the attraction of secondhand clothes to rich and poor dress-conscious consumers alike, regardless of their location.

Charitable organizations are the largest single source of the garments that fuel the international trade in secondhand clothing. Because consumers in the West donate much more clothing than the charitable organizations can possibly sell in their thrift stores, the charitable organizations resell their massive overstock at bulk prices to secondhand clothing dealers. These dealers are the textile recyclers/graders who sort, grade, and compress used clothes into bales for export. The United States is the world's largest exporter, and Africa the largest importing region in an international trade that has grown rapidly since the late 1980s. There are several Asian and Middle Eastern countries among the large importers of secondhand clothing. Sizeable imports go not only to developing countries but also to eastern Europe and Japan. Some countries restrict or ban the commercial import of secondhand clothes in efforts to protect domestic textile and garment industries.

The charitable connection attached to secondhand clothes vanishes at the point of resale when used garments enter the wardrobes of their new wearers to begin another stage of their lives. Past and present, the trade and consumption of secondhand clothing not only enabled its participants to support livelihoods but also to experience well-being and construct identities in a changing world. In the contemporary West, this process often involves the incorporation of accessories and specific garments into distinct dress styles. Secondhand clothes got a new cachet when shoppers for vintage couturier styles began turning to upscale used clothing stores that sell garments on consignment from the rich and famous. As vintage has become fashion, buyers for Urban Outfitters stores source clothes directly from secondhand dealers, then chop them up into raw materials that are redyed, resewn, and resold as new garments. Buying secondhand clothes is an important choice for the young and trendy.

In twenty-first-century Germany, the 1960s style scene of movies, music, and material culture is popular with young people who dress in garments from the 1960s or in self-made clothes constructed from old patterns. This retro style attributes history and authenticity to garments that wearers experience as unique and personal. 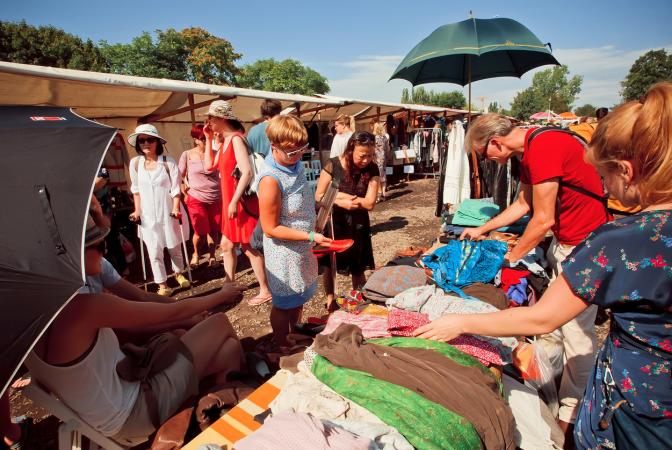 Dress practices arising around the consumption of imported secondhand clothing in developing countries have frequently been noted in passing only to be dismissed offhandedly as faded and poor imitations of the West's fashions. Many economists would be inclined to view the growth of the secondhand clothing market in developing countries as a response to economic decline. Such accounts miss the opportunities this vast import offers consumers to construe themselves through dress.

In Zambia, a country in the southern part of Africa, consumers from all income levels turned eagerly to the secondhand clothing markets when import restrictions were lifted in the 1980s. Shipped for export by dealers in North America and Europe, containers loaded with bales of secondhand clothes arrive at ports in South Africa, Mozambique, and Tanzania, reaching the warehouses of wholesalers in Zambia by truck. The market soon reached remote villages, enabling residents not only to clothe their bodies but also to present themselves with style. The attraction of secondhand clothes to dress-conscious Zambians goes far beyond the price factor and the good quality for the money that many of these garments offer. Finding the uniqueness they miss in much store-bought clothing, consumers turn to secondhand clothing markets for garments that are not common. The abundance and variety of secondhand clothing allows consumers to make their individual mark on the culturally accepted dress profile. Far from emulating the West's fashions, secondhand clothing practices implicate clothing-conscious consumers in efforts to change their lives for the better. 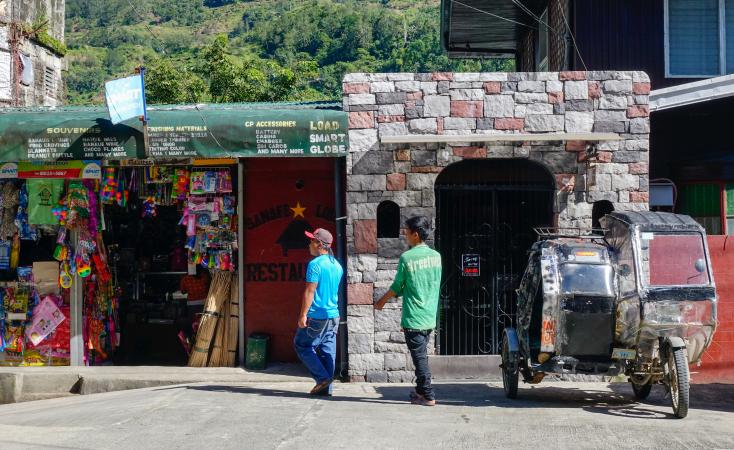 People at market in Ifugao

In Ifugao, the translocal trade circulates through channels rooted in local cultural scripts, guided by notions of personalized associations that women traders use in their business activities. In narratives about secondhand clothing, retailers, vendors, and consumers draw connections between people and clothes that constantly change. Such tales domesticate the logic of the market and the meaning of this global commodity in terms of local norms of status and values and in the process, they transform them. Combining secondhand garments into styles that display knowledge of wider clothing practice or subvert its received meanings, traders and consumers create new meanings around this imported commodity to serve their personal and community identities.

While India prohibits the import of secondhand clothing, it does permit the import of woolen fibers, among which are "mutilated hosiery," a trade term for wool garments shredded by machines in the West prior to export. These imported "mutilated" fabrics are sorted into color ranges, shredded, carded, and spun before they reappear as thread used for blankets, knitting yarn, and wool fabrics for local consumption and export. India also has a large domestic secondhand clothing market that is a product of shifts in wardrobes, dress changes over the course of a person's life cycle, and hand-me-downs to servants and relatives. This process gives rise to considerable domestic recycling of Indian clothing by barter, donations, and resale. Here, the materiality of cloth itself serves as a strategic resource for the unmaking and remaking of persons and identities. 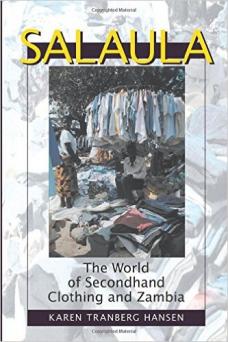 Salaula: The World of Secondhand Clothing and Zambia

Jenss, Heike. "Sixties Dress Only! The Consumption of the Past in a Youth-cultural Retro-Scene." In Old Clothes, New Looks: Second-Hand Fashion. Edited by Alexandra Palmer and Hazel Clark. Oxford: Berg, 2004.