Clothing, costume, and dress indicate what people wear, along with related words like "apparel," "attire," "accessories" "garments," "garb," "outfits," and "ensembles." Many writers have tried to figure out why and when human beings began to decorate and cover their bodies; the reasons go beyond obvious considerations of temperature and climate, because some people dress skimpily in cold weather and others wear heavy garments in hot weather. Common reasons given are for protection, modesty, decoration, and display. One can only conjecture or speculate about origins, however, because no records exist detailing why early humans chose to dress their bodies.

Dress functions as a silent communication system that provides basic information about age, gender, marital status, occupation, religious affiliation, and ethnic background for everyday, special occasions and events, or participation in cinema, television, live theater, burlesque, circus, or dance productions. What people wear also can indicate personality characteristics and aesthetic preferences. People understand most clearly the significance and meaning of clothing, costume, and dress when the wearers and observers share the same cultural background. The words "clothing," "costume," and "dress" are sometimes used interchangeably to refer to what is being worn, but the words differ in several ways.

"Clothing" as a noun refers generally to articles of dress that cover the body. "Clothing" as a verb refers to the act of putting on garments. Examples of clothing around the world include articles for the torso such as caftans, wrappers, sarongs, shirts, trousers, dresses, blouses, and skirts, as well as accessories for the head, hands, and feet such as turbans, hats, gloves, mittens, sandals, clogs, and shoes. 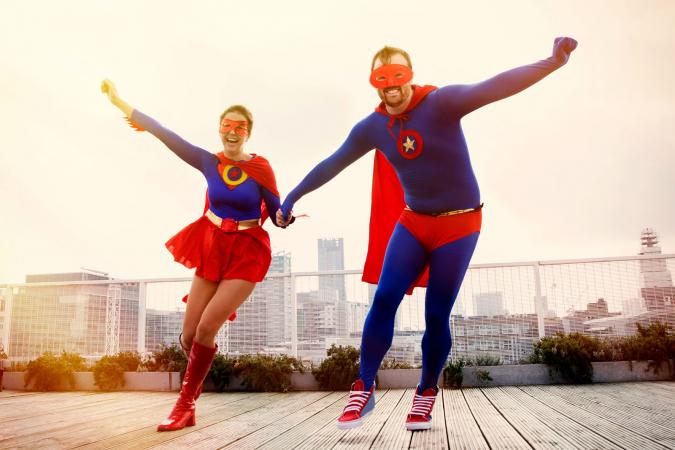 "Costume" as a noun describes garments of many types, particularly when worn as an ensemble. "Costume" as a verb often refers to designing an ensemble for an individual to wear. Frequently, "costume" refers to the clothing items, accessories, and makeup for actors, dancers, and people dressing up for special events such as Halloween, masquerade balls, Carnival, and Mardi Gras. A useful distinction between clothing and costume results when clothing refers to specific garments and costume refers to the ensemble that allows individuals to perform in dance, theater, or a masquerade, hiding or temporarily canceling an individual's everyday identity.

The words "costume" and "custom" are closely related, and the word "costume" can also refer to ensembles of clothing (folk costume) worn by members of an ethnic group for special occasions that serve as an affirmation of the group's traditions and solidarity.

As a noun, "dress" is used in several ways: to indicate a woman's one-piece garment, to indicate a category of garments such as "holiday dress" or "military dress," or as a general reference to an individual's overall appearance or various identities. As a verb, "dress" indicates the process of using various items to cover, adorn, and modify the body. The act of dress involves all five senses and encompasses more than wearing clothes. Getting dressed includes arranging hair, applying scent, lotion, and cosmetics, as well as putting on clothing of various textures and colors and jewelry, such as necklaces, earrings, and jangling bracelets. Dress ordinarily communicates aspects of a person's identity.

Distinctions Among Clothing, Costume and Dress

Items of clothing are components utilized in both costume and dress and designate specific garments and other apparel items such as footwear, headwear, and accessories. Costume is an ensemble created to allow an individual to present a performance identity for the theater, cinema, or masquerade, or to assert an identity as a member of an ethnic group on special occasions or for special events. Dress is the totality of body alterations and additions that help an individual establish credibility of identity in everyday life. In the United States, the term "costume history" ordinarily indicates the chronological study of dress, but in the United Kingdom, the term "dress history" is most frequently used.

Requirements for Costume and Dress 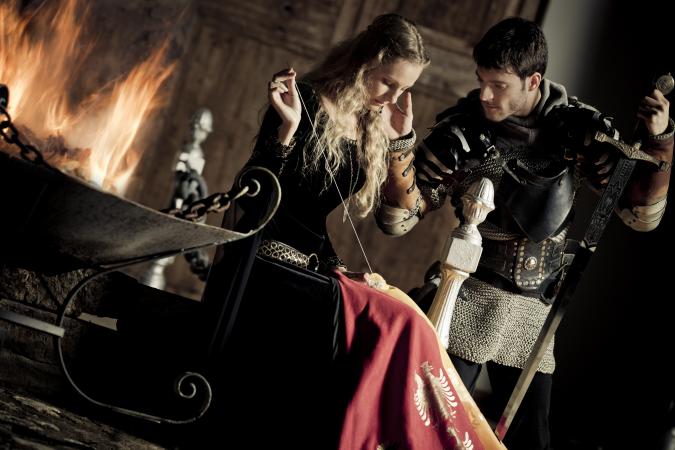 Designers for theater, cinema, and dance carefully plan the array of costumes to represent and highlight various roles to be played; principal characters are set apart and highlighted by costume from the rest of the cast or dance troupe. Some costumes designed for single-time use also involve countless hours of fastidious design and construction for adults in high-visibility and prestige Halloween or Mardi Gras events. For example, members of organized groups such as the various Krewes (masking and parading clubs) celebrating a New Orleans Mardi Gras or the San Antonio debutantes selected to be the duchess or princesses in their special ball engage in advance planning and execute intricate costume designs. In contrast, some Halloween costumes for adults or children may be quickly, even carelessly, made and worn for a short evening of venturing out for "trick or treat" candy or a casual masquerade party.

Costumes for the theater, dance, Halloween, and Mardi Gras have special requirements in fit, color, and effect. Garments must allow the performer's body to move easily and be well made. For example, costumes of professional actors and dancers often receive hard wear. Constant use or vigorous movement for dancers, circus clowns, and acrobats can put a strain on garments, thus requiring sturdy fabrics and specific construction considerations like seam reinforcement. When many viewers see costumes from afar, colors or other aspects of design may be exaggerated for effect. Some colors, therefore, may be more bold or brilliant than choices for everyday dress. Others may be drab. Such choices depend on the interpretation of the costume designer in planning the garb for each performer's individual role and for the interaction among the performers.

In contrast to costume, dress establishes individual identity within a cultural context, emphasizing common social characteristics: age and gender, marital status, and occupation. Much information about identity is communicated through sensory cues provided by dress without the observer asking questions. Most individuals, especially in urban settings, have a variety of identities that are connected to dress, such as occupation, leisure-time activities (sports), and religious affiliation.

Costume, Dress and the Body

Costumes and dress can reveal or conceal the body. Costumes or dress reveals the body by allowing bare skin to be displayed; for example, shoulders, arms, legs, and feet in the case of the classic ballerina tutu or a swimsuit. In such examples as an iceskater's bodysuit or dancer's leotard, the costume may cover but closely conform to and reveal the body shape. Sometimes aspects of a costume are exaggerated for ridicule and irony, as in the giant shoes seen on circus clowns or the padded bosoms of drag queens. In variations of Carnival and Mardi Gras costume, the body, including the head and face, is completely covered and the body is not easily discernible. Among the Kalabari people in the Niger delta of Nigeria one masquerade costume representing an elephant is made of massive palm fronds that eclipse the dancer's body. A small, carved sculpture of an elephant nestles among them, barely visible.

--, and Mary E. Roach-Higgins. "Describing Dress: A System of Classifying and Defining." In Dress and Gender: Making and Meaning in Cultural Context. Edited by Ruth Barnes and Joanne B. Eicher. Oxford and Washington, D.C: Berg Publishers, 1992-1993.