The idea of a Golden Age of self-sufficiency, before the advent of the factory system, when a household's skills and labor in domestic production could account for all its clothing and textile needs, is more nostalgia inspired by anti-industrial sentiment than a historical reality. In the modern period, working women and men formed a labor force that was interchangeable between small workshops and the home and domestic self-employment and out-work. Handicraft and mechanized mass production coexisted and developed differently in different regions and for different goods. For example, in the early nineteenth century some goods such as knitted hosiery were still commonly sent out to be made by hand on a cottage basis, while the spinning and weaving of cotton were already widely mechanized and centralized in factories. The history of home production of some kinds of clothing and textiles is evident in surviving architecture such as weavers' houses. The timetable of the move to factory production for all goods was complex and generally much debated by historians. In practice, before the domination of mass-production of clothing for men and women was completed in the early twentieth century, households were clothed by a combination of making, recycling, bartering, and buying new or secondhand from a variety of sources. 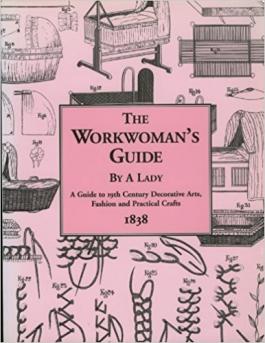 Clothing for women and children, and some simple items for men such as shirts, were made in many homes across the social spectrum in modern times for private consumption. This has been concurrent with clothing made at home in poorer homes for wages in a regular or irregular way as self-employment or outwork. Both practices have existed alongside the increasing consumption of factory ready-mades, a situation that prevails in the early 2000s, although unwaged home dressmaking has substantially declined. Not all domestic production has been prompted by thrift or economic necessity: women have also sewn clothes for pleasure and as a creative act and in this same period skill with the needle has been prized for its association with leisure and femininity. In the eighteenth and nineteenth centuries, the domestic production of clothes also embraced the efforts of literate, middle-class women to teach their peers to make clothes for the deserving poor or to teach poor women to sew for themselves. The trend was reflected in a new genre of instructional literature, such as an 1838 publication called The Workwoman's Guide. Although philanthropic in some respects, this activity also served to provide a flow of skilled girls into domestic service. The introduction of reliable domestic sewing machines in the 1860s, for those who could afford them, accelerated home production of garments for both waged and unwaged purposes, as did the spread of well-illustrated mass part-works, books, magazines, and paper patterns that increased through the nineteenth century and helped to disseminate knowledge of home sewing, knitting, embroidery, and other handicrafts associated with clothing such as crochet. Home sewing included significant time spent on mending and renovation, in all classes of household. "Make-do and Mend," a campaign introduced by the British government during World War II, encouraged clothing economies in the home at a time of acute shortages. It promoted many ingenious solutions but was not universally popular; it may have unintentionally contributed to the postwar move away from thrift to more throwaway attitudes to clothing. Home sewing was regularly taught to girls in schools until the last quarter of the twentieth century when it was replaced by other courses that emphasized design and new technologies.

"[M]any women who have started home dressmaking as a means to economy have continued it as a[n]. … adventure in creative expression. … These days the only way to stamp one's individuality on a wardrobe is to make one's own.… " "[Y]ou don't have to be an expert to make a chic dress" (Butterick Publishing Company, pp. 2-3).

Domestic hand knitting had been known for centuries as a convenient way of making shaped garments, especially smaller items such as hosiery and caps. Its precise origins are conjectural, though many believe otherwise. Historically, both men and women knitted, but it became a gentrified and fashionable pastime primarily for women during the first half of the nineteenth century in Britain and America. The craft was promoted by the publication of countless knitting books and helped by a ready supply of fancy wool yarns from Germany, from which also developed the hugely popular tapestry work known as "Berlin" work. Domestic knitting of this period produced a wide variety of small household objects such as pincushions, purses, and doilies, as well as shawls, baby clothes, cuffs, caps, scarves, gloves, and numerous other items of clothing. Domestic knitting was undertaken for items used in the household but also given as gifts and for charity. Knitting for the troops in both world wars was a continuation of this altruistic knitting practice, still seen in hand knitting for fund-raising or for distribution to developing countries. This strand of its history is distinct from the long history of small-scale commercial hosiery knitted by cottagers and the frame knitters, first incorporated in England as a worshipful company in 1657, whose mechanical knitting did not entirely replace commercial hand knitting for two hundred years. Mass-production of cheap knitwear has come to mean that "no one needs to knit in order to keep clothed" (Rutt p. 161). Hand knitting at home is a leisure activity and, since the 1970s, has become more glamorous due to innovative design and exciting yarns. 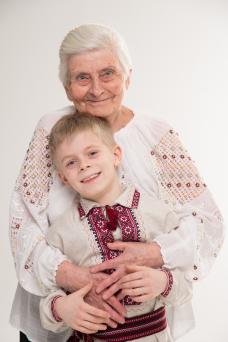 Embroidery has a long history and, despite male practitioners, and a substantial role in the decoration of ecclesiastical vestments and furnishings, it has been closely linked to the domestic lives of women. "To know the history of embroidery is to know the history of women" (Parker p. vi). It has been used on small and large scale furnishing fabrics and on male and female clothing to great impact since medieval times in Europe. Samplers have been a way to demonstrate skill and catalog the rich range of stitches and effects available to embroiderers; historic samplers have become much appreciated and command high prices. Some feminist historians have identified embroidery, even more than other needlework, as a repetitive and repressive task promoted historically to construct a submissive femininity within patriarchy. However, in the early 2000s it is also widely acknowledged as an important textile art, an expressive and satisfying medium in its own right. Embroidery was famously represented in the feminist artist Judy Chicago's 1979 project The Dinner Party. It sustains large numbers of specialist publications, courses, and suppliers of yarns, kits, and patterns, and has enjoyed popularity as a way to customize mass-produced clothes such as jeans. In some developing countries, embroidery for export can represent a crucial source of cash for families and has replaced much domestic embroidery formerly done in richer countries.

Parker, Rosika. The Subversive Stitch: Embroidery and the Making of the Feminine. London: The Women's Press, 1984.

Ulrich, Laura. The Age of Homespun: Objects and Stories in the Creation of an American Myth. New York: Alfred A. Knopf, 2001.