Emilio Pucci, the marchese di Barsento a Cavallo, was born in Naples on 20 November 1914. The scion of an illustrious family tracing its heritage to the thirteenth century, Pucci grew up in the Palazzo Pucci on the via dei Pucci in Florence.

Reared within a strict aristocratic environment, Pucci turned out to be a rebel both personally and professionally. He graduated from the Università di Firenze in 1941 with a doctorate in political science, after having attended the University of Georgia in Athens, Georgia, and Reed College in Portland, Oregon. His decision to study in the United States, however, introduced him to the American way of life.

Proficiency in skiing started Pucci's fashion career. He had been a member of the Italian Olympic skiing team in 1934 and had gone to Reed College on a skiing scholarship in 1937. In 1947 the photographer Toni Frissell took photographs of Pucci and his female companions in Zermatt, Switzerland, wearing form-fitting, colorful, but practical ski clothes that Pucci had designed. These photographs were shown to the head buyer for Lord and Taylor, Marjorie Griswold, and the fashion editor of Harper's Bazaar, the legendary Diana Vreeland. The pictures were published in the December 1948 issue of Bazaar, while several Pucci models were ordered for Lord and Taylor's New York store. This order was Pucci's first retail success in the United States.

Pucci, however, needed additional financial security after World War II. In 1949 he opened a boutique in Capri, Italy, where he sold the tapered pants that became known as Capri pants, as well as sexy silk shirts fitted to show off the female figure. With the return of peace, people were again traveling for pleasure. Pucci astutely surmised that his boutique, which he named Emilio of Capri, and his casual, colorful resort fashions would be popular with the new visitors. International sophisticates like Consuelo Crespi, Mona Harrison von Bismarck, and Maxime de la Falaise were frequent customers at Emilio of Capri. Diana Vreeland praised Pucci as "divinely Italian" (Kennedy, p. 57). Although it was extremely unusual at that time for an aristocrat to be a shop owner and designer or dressmaker, Pucci enjoyed the creative process. 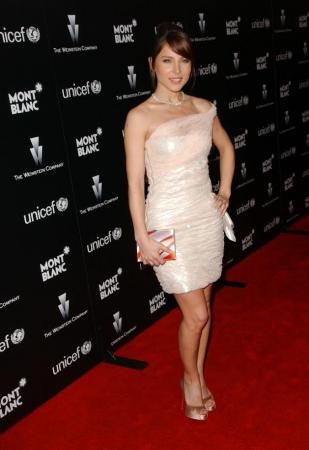 The next phase of Pucci's career began at the first fashion show of Italian designers, which was organized by Giovanni Battista Giorgini in 1951 and held in the Sala Bianca at the Palazzo Pitti in Florence. Other designers who presented their work at the show included Simonetta, the Fontana sisters, Alberto Fabiani, and Emilio Schuberth. Major American stores like Neiman Marcus and Saks Fifth Avenue sent their buyers, who brought Italian, postwar, ready-to-wear fashion back across the Atlantic. Pucci's sleek, lightweight T-shirts, jersey dresses, silk shirts, and tapered pants made for an exciting new style.

Once the original and somewhat daring look of Pucci's designs appeared in the top U.S. stores, he was on the way to celebrity-designer status. Pucci won the coveted Neiman Marcus Award in 1954. He won the award a second time in 1967. Marcus, the head of the Dallas-based store, said, "Postwar fashion was hungry for a color explosion and [Pucci's] exotic, vivid color combinations were timed to perfection" (Kennedy, p. 67). Marjorie Griswold, Pucci's major retail supporter, had already suggested that he sign his name in script within the print design because the motifs themselves could be copied. Hence, the authenticity of a Pucci garment can be verified when the signature "Emilio" is visible throughout the print. Pucci used his first name rather than his family name because it was considered shocking for a member of the Italian nobility to work as a dressmaker or tradesman instead of a diplomat or politician. He said, "I am the first member of my family to work in a thousand years" (Kennedy, p. 42).

Pucci introduced a very lightweight, wrinkle-free, silk jersey that could be rolled up and packed easily-a feature appreciated by growing numbers of jet-set travelers. Technically advanced fabrics allowed him to fashion nonrestrictive clothes that were modern yet glamorous. Pucci also introduced an exciting array of colors, boldly mixing espresso and azure, tangerine and fuchsia, lime and turquoise, plum, and many other shades.

In addition to designing sleek silhouettes that allowed easy movement, using packable fabrics in an abundance of joyful colors, and insisting on top-quality workmanship, Pucci also designed his own prints. His prints included swirls, filigrees, arabesques, geometric figures, and kaleidoscopic or mosaic patterns. They were inspired by his far-flung travels to North and South America, Bali, Africa, the Middle East, Australia, and Asia. Pucci's finely-engineered prints also represented rich aspects of Italian history and cultural events as well as Mediterranean land- and seascapes. His prints from the 1950s, for example, featured motifs from Renaissance art, Florentine landmarks, the sunscapes and flowers of Capri, the mosaics of the Duomo di Monreale in Sicily, nightlife in Naples, and the flags from the famous annual Palio race in Siena. From the 1960s to the 1980s, his prints were inspired by his travels to Cuba, Bali, India, Hong Kong, and Tanzania. The American space program, underwater explorations, pop art, op art, rock music, and psychedelia also influenced his designs. One of Pucci's most famous prints, called Vivara, was inspired by the island Ischia; it became the name of his first fragrance in 1965. He even found time to sketch ideas for new print patterns during plane trips or sessions of the Italian Parliament, where he served from 1963 to 1972.

Emilio Pucci became one of the first designers with a recognizable high-status label and signature style. He was a leading pioneer of diversification and paved the way to widespread fashion licensing. He designed various products from perfumes to accessories, including handbags, scarves, sunglasses, tights, shoes, and lingerie-the last made by the American company Formfit Rogers. In 1977 Pucci even designed the interior of an automobile for a special edition of the Lincoln Continental Mark IV.

Pucci personally supervised the design of all his products. He designed colorful, sexy, and futuristic uniforms for the flight hostesses of Braniff Airways in 1965 and Quantas Airways in 1974. He also found time to design uniforms for the policewomen of Florence and clothes for Barbie dolls. Pucci took special pleasure in designing the mission patch for the Apollo 15 space mission in 1971. 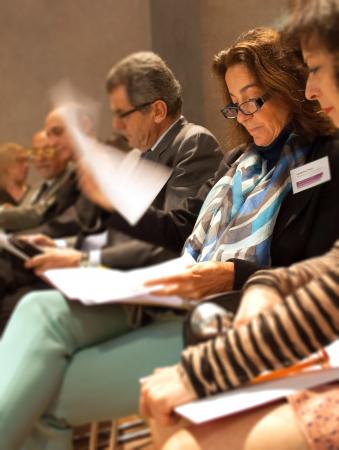 The wave of enthusiasm for Pucci's clothes known as "Puccimania" reached its height in 1967. Pucci's dresses became less popular in the 1970s as fashion trends changed, but the early 1990s saw a resurgence of interest in current Pucci styles and a blossoming market for vintage fashion-especially Puccis from the 1960s. Pucci collectors of the early 2000s included Madonna, Jennifer Lopez, Nicole Kidman, Julia Roberts, Paloma Picasso, and Ivana Trump. Vintage Puccis were sold in specialty shops and at auction for as much as $500 in 2002, whereas as a Pucci silk jersey dress from Saks Fifth Avenue in New York had been priced at $150 to $200 in the mid-1960s. When Pucci died on 29 November 1992, the fashion editor Carrie Donovan wrote in the New York Times, "He personified a moment, rather a long one in history" (1 December 1992).

After Pucci's death, his company continued under the guidance of his daughter, Laudomia, and wife, Cristina. The rich archive of fabrics maintained in the Palazzo Pucci provided an ongoing source of fashions for the Pucci boutiques. As creative director, Laudomia Pucci hired talented designers to continue her father's concepts. In February 2000 LVMH, the French luxury goods conglomerate headed by Bernard Arnault, purchased 67 percent of the Emilio Pucci SRL company, with the Pucci family retaining the rest of the business. More Pucci boutiques were opened around the world, from Bangkok to Palm Beach.

Christian Lacroix, the contemporary French designer known for his fantastical, exuberant, and exotically colorful fashions, became artistic director of the Emilio Pucci collection in April 2002. He said in the December 2002 issue of Vogue, "Emilio Pucci's vision is still very modern.… It's a way of life" (p. 76).