Fashion plates are small printed images, often hand-colored, of people wearing the latest fashions and depicted in conventional minimally narrative social contexts. They flourished from the late eighteenth to the early twentieth centuries, and were usually distributed with fashion magazines either as integral parts of the editorial content or as supplementary plates. The poet Charles Beaudelaire, in his essay The Painter of Modern Life, described fashion plates as an image of the "ideal self" and thus a reflection of the artistic, historical, moral, and aesthetic feeling of their time. He wrote in 1863, when fashion plates were reaching a peak in their development. Although the basic purpose of the fashion plate was to illustrate new styles and sell more clothes, their charm gives them an established place among the minor graphic arts. Sadly for the student, fashion plates are often removed from the magazines in which they appeared and sold as collectors' pieces; divorced from their original context they lose much value as historic sources.

People attractively or unusually dressed have been popular graphic subjects at least since the sixteenth century, when the Costume Book or Trachtenbuch brought them into popular publishing. By the middle of the seventeenth century, the graphic artist Vaclav Hollar had given such illustrations new artistic status and Bosse, Callot, and de Hooghe began to group their fashionables in suitable settings.

Not until the last quarter of the seventeenth century did the series of popular prints (usually termed Les Modes) of fashions and fashionable people appear. Published by the Paris print sellers, the Bonnarts, with plates by Saint Aubin, Bérain, and Arnoult, they promoted French taste to a wide international market. Nevertheless, such illustrations did not take on a commercial role as advertisements until Jean Donneau de Vizé introduced them into the Mercure Extraordinaire and the Mercure Galant of 1678 and 1681, noting suppliers as well as garments.

Thereafter the fashion plate fell into disuse until the 1750s, reappearing in ladies pocketbooks, diaries, almanacs, and magazines. Occasionally credited to dressmakers, they were popular as fashion guides. The small monochrome plates were often by well-known artists and engravers.

By the last quarter of the eighteenth century, the ending of French Guild restrictions in 1777 made fashionable clothing available to many more consumers, and so opened the market to a flood of illustrated fashion material. The best known, an anthology of some 200 to 400 colored fashion plates compiled from several sources by the publishers Esnaut and Rapilly between 1778 and 1787, is the Galerie des Modes et Costumes Francais, illustrated most notably by Watteau le Jeune and Desrais. The fine Suite d'Estampes pour servir à l'Histoire des Moeurs et du Costume (1778), drawn by J. M. Moreau, had as its stated aim the promotion of French taste. Though often regarded as the quintessence of French fashion, it is more a complete guide to the world of fashionable people in their material context.

The publishing boom of the late eighteenth and early nineteenth centuries stimulated the flow of fashion illustrations. Despite the Revolution and the Napoleonic wars, French plates continued to dominate the market, though equally fine examples were produced in England and Germany. Le Brun Tossa in the Le Cabinet des Modes, 1785-1789, and La Mésangère in Le Journal des Dames et des Modes, 1797-1839, featured high-quality plates by excellent artists, as did John Bell in the English La Belle Assemblée 1806-1832, but Bell's illustrations were often pirated and adapted to local taste.

La Mésangère extended the range of his artist illustrators by publishing them in a series of fashion and genre prints, such as Debucourt's Modes et Manières du Jour, 1810, and the Vernets' Incroyables et Merveilleuses and Le Bon Genre, 1818. They are a precedent for the more intimate picture series by Gavarni and Deveria, whose fashion plates were such a feature of the periodicals of the 1830s and 1840s. A successful formula, it was followed by the pochoir fashion illustrators of the twentieth century, most notably George Barbier.

The most prestigious early nineteenth-century British contribution to the art of the fashion plate was Heideloff's Gallery of Fashion, 30 aquatint plates, 1797-1801, published by subscription to an aristocratic clientele. Focused on fashions worn by anonymous noble ladies, it also included the creations of named dressmakers. With the aquatint plates of British popular venues crowded with fashionable men, women, and children, published by London tailor Benjamin Read between the 1820s and 1840s, the fashion plate was decisively democratized. Prints and full-scale patterns were sold through Read's establishments in London and New York, where American versions soon appeared.

By the mid-nineteenth century, with the expansion of popular and pictorial publishing as well as the clothing trade, the fashion plate proliferated. To satisfy demand, engraving establishments, especially in Britain and Germany, provided type images easily grouped and amended for the cheaper fashion and advertising market. The male fashion figure largely disappeared from fashion plates at this time; however arranged and accessorized, he lacked the vivacity of fashionable men as drawn by Paul Gavarni and the Vernets.

Quality fashion plates remained available through large-scale French publishers and agents for publications abroad, such as Goubaud and Mariton. The best documented and most prolific artists during the middle of the nineteenth century were the Colin sisters-Heloise Leloir, Anais Toudouze, and Laure Noel-who, together with their rival Jules David, were skillful in showing the requisite dress detail in conventional evocative settings. American fashion plates, sometimes modified from French originals, as in Godey's Ladies' Book and the publications of Mme Demorest, could be more practical, even featuring domestic appliances.

The Artist and the Photographer 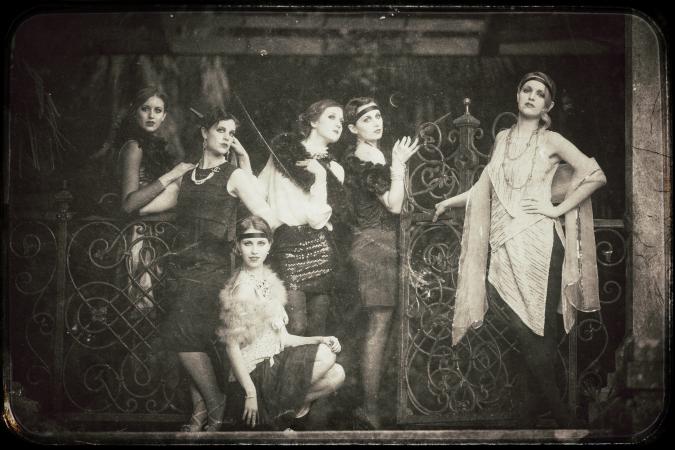 By the end of the century, the earlier romanticizing tradition was challenged by avant-garde black-and-white work, dramatic rather than representational. An idealized realism also became fashionable, and A. Sandoz, especially for the House of Worth, produced Tissot-like groupings set in the wider world of the modern woman of the twentieth century.

His source material probably included photographs from the house archives, but although promotional photographs had been occasionally used in fashion publications since the 1860s, and press pictures of fashionable scenes, such as those by the Seeberger brothers, were popular, the detailed color reproduction expected by the quality market was expensive. Retouching was easy but the photographs from Les Modes, their speciality, illustrate the problems. Idealization, the core of fashion illustration, was problematic, and fashion artists were available, adaptable, quicker, and cheaper.

Confronted by advances in printing and photographic technology and the easy availability of the conventional graphic image, in the early twentieth century the artistic avant-garde retreated to the craft technique of pochoir (stencil) printing and hand coloring, producing formal, modernist, faux naives fashion plates in exotic or romantic settings reminiscent of the early nineteenth century. The genre was pioneered by Paul Iribe for Poiret's 1909 collection in Les Robes de Paul Poiret, 1909, and by Georges LePape in Les Choses de Paul Poiret, 1911. Their work and others of the group, such as Charles Martin and George Barbier, was brought to a wider public by the publisher Lucien Vogel, who launched the elitist Gazette du Bon Ton in 1911, the precursor of several similar art and fashion magazines. The general public became aware of the style and technique through prestige advertising, such as Art Gout Beauté, 1920-1936, published by the textile firm Albert Godde Bedin.

In general the advertising agencies were very open to modern trends. Not without reference to the cinema, by the early 1930s they had revived the male fashion image illustrating active realistic men in glamorized everyday settings. Esquire adopted this style in 1933 and subsequent men's fashion advertisements and magazines would continue it well into the 1960s.

By 1923, the Gazette du Bon Ton and its artists had been taken over by Vogue. Fashion narrative illustrations were not part of Vogue's format, and the work of the Bon Ton artists, like that of established Vogue artists such as Helen Dryden and Douglas Sutherland, was confined to the elegantly decorative covers. By the late 1920s and 1930s, a new generation of fashion artist, Eric (Carl Erickson), H. Bouet Willaumez, Bouché, and Christian Bérard had begun to convey the essence of style, scene, and above all movement, in vivid and impressionist plates, though occasionally their lack of detail was deplored.

It is the ability to convey the soul of the garment as well as the seams, the ambience and the dynamic of fashion, and the essence of its modernity, which keeps the fashion plate an element of publishing in the early twenty-first century. 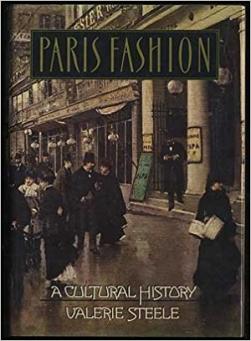