Fashion television has revolutionized the dissemination of fashion information to a mass audience; it has become a major marketing vehicle, helping to launch fashion trends and enhance the cult of personality surrounding fashion designers and models. With immediacy that only television can offer, following fashion has become a source of entertainment for millions. The evolution of fashion television into a distinct genre of broadcasting parallels, but is not limited to, the development of cable and satellite television.

Cable television was developed as a localized service in Pennsylvania in the late 1940s in response to a growing need for improved television reception and better access to existing channels in more remote geographical regions. Since then, it has expanded into a competitive, multibillion-dollar industry; pay television and the launch of satellite broadcasting, first used by the Home Box Office (HBO) network in the early 1970s, contributed to its rapid growth and popularity. Satellite broadcasting, which receives signals from space, transformed cable programming into a global, cost-efficient transmission system, and led to the creation of specialized cable networks that provide viewers with 24-hour news, weather, music, movie, sports, shopping, and entertainment channels.

The 1970s and 1980s saw a boom for cable and satellite broadcasting. It was during this time that fashion television emerged as a genre of broadcasting, with certain networks and television personalities becoming key players in its development. In 1976, Videofashion News, a video version of a fashion magazine, was created and has been produced continuously since, carried by a number of distributors internationally. The series provides viewers with a front-row seat and backstage pass to runway shows around the world, profiling designers, models, and celebrities and reporting on the latest trends.

Elsa Klensch, the preeminent television fashion journalist, got her start in 1980 on the newly created Cable News Network (CNN). Her daily segments and half-hour weekend program, Style with Elsa Klensch, which have been broadcast worldwide to millions of viewers, were the first regularly scheduled fashion reports on network television in the United States. Style, which continually ranked as one of CNN's highest-watched weekend shows, has covered designer collections from around the world, profiling both designers and models, and the latest trends in interior design.

Klensch's straightforward, comprehensive reporting on international fashion and design has earned the respect of those within the fashion industry as well as the viewing public. She has won numerous awards, including an honor in 1987 from the Council of Fashion Designers of America for bringing fashion to a mass audience; authored the 1992 fashion how-to book, Style with Elsa Klensch: Developing the Real You; and made a cameo in Robert Altman's 1994 fashion film Prêt-à-Porter. In 2001 and 2002, Klensch collaborated with Videofashion News to produce the hour-long segments, Trio World Fashion Tour, for the popular arts channel Trio, which featured top designer collections from the runways of the world's fashion capitals.

Another key personality in fashion television has been the Canadian journalist Jeanne Beker, who launched Fashion Television (FT) on Video Hits One (VH1) in 1985, now a leading style program. Beker began her career as a music industry journalist in the late 1970s, which informed her approach to reporting on the fashion world. She considers herself an entertainment, not a fashion, reporter. FT started as an intermittent series of one-hour specials and grew into a full series of thirty-nine, half-hour shows a year, broadcast in over one hundred nations with numerous satellite providers, and has since become its own 24-hour network. FT has covered the latest runway collections from around the world, profiled designers and models, offered viewers a peek into post-fashion show parties, and presented FT through the eyes of a psychologist and a rabbi.

According to Beker, fashion executives in the 1980s wanted to add video to fashion coverage with the hope that it could do for fashion what Music Television (MTV) did for music. MTV, which premiered in 1981 as a 24-hour music video channel targeting young adults, has been a launching pad for celebrities and fashion trends. "Madonna wannabes" emerged after her appearance on MTV in 1984; retailers sold Madonna-licensed fashions and accessories. Designer Tommy Hilfiger dispensed his logo-laden sportswear to musicians, who became walking advertisements in music videos; he also collaborated on a fashion show and CD for MTV. 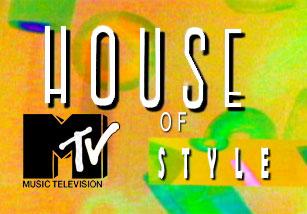 As part of its shift away from 24-hour broadcasting of music videos, MTV attempted to sell clothes in the manner of The Home Shopping Network; and in 1989, launched its fashion program, House of Style, with model-host Cindy Crawford, who accepted the position without pay in order to gain more exposure. The show has also helped the careers of subsequent model-hosts including Daisy Fuentes, Rebecca Romijn-Stamos, and Molly Sims. The show, resembling music videos with pumping sound tracks and quick splicing of images, has featured the latest fashions and youth trends. Regular features like "Todd Time" with fashion designer Todd Oldham helped boost designers' profiles. House of Style has also hosted Fashionably Loud, a fashion show featuring top models walking the runway in the latest fashions to the beat of the newest music acts. The fusion of music, fashion, and celebrity spawned an awards show on MTV Network's other music channel VH1; the VH1 Fashion Awards, in collaboration with Vogue magazine, first premiered in the mid 1990s.

Much of E!'s programming reflects the growing popularity in recent years of lifestyle and makeover shows and programs that focus on celebrity style. Programs such as "Full Frontal Fashion" on Women's Entertainment (WE), much like the magazine In Style, show viewers who's wearing what by which designers and how to get the look for yourself. Makeover shows like What Not to Wear on The Learning Channel (TLC) and Queer Eye for the Straight Guy on Bravo have been popular in 2002 and 2003. The Isaac Mizrahi Show on the Oxygen network helped put the network on the map while resuscitating designer Mizrahi's fashion career.

Fashion television has had far-reaching effects on the fashion industry. Fashion reporting like that of Klensch and Beker has brought high fashion into the homes of millions and helped define it for the mainstream. Not only has fashion television launched trends, it has also made designers more attuned to the "telegenic" qualities of their runway shows. It has boosted the profiles of designers and models-even launching the acting careers of many models-putting greater pressure on both to perform well in front of a camera. The proliferation of fashion television programming that exists today attests to the immense appetite of the viewing public to follow fashion, particularly celebrity fashion, as entertainment. 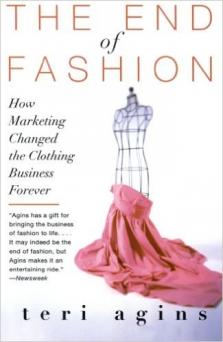 The End of Fashion