Helmut Newton (1920-2004) was arguably the single most inventive and influential photographer working in the realm of fashion in the second half of the twentieth century. Yet it would be selling him short to label him a fashion photographer. While he proved himself a master at this métier, his talents went far beyond the eloquent depiction of fashionable clothes. Newton's oeuvre constitutes a richly layered document of social and cultural history, intensely personal, often auto-biographical, but always engaged with the world as he saw and knew it. Newton's curiosity was wide-ranging and insatiable. Within the sphere of fashion, he was instrumental in greatly extending the possibilities of what a magazine editorial photograph might be, as he wove into the equation the subtexts of his endless fascination with women and the way they lived, with status and power, and with the environments and protocols of the rich and sophisticated people who were his principal subject matter. And of course he injected sex into the mix, exploring the often-perverse erotic codes and narratives that are as integral to the processes of fashion as to life itself.

Helmut Newton became an exceptional social anthropologist, constructing images that were always based on his close observations. His was a documentary project that involved reconstructing the essence of what he had seen, and doing so with the mordant wit of a satirist. While his pictures can have a theatrical extravagance of gesture or context, their incisiveness, credibility, and substance derive from their being always grounded in the realities of the worlds that he illustrated. Newton was not happy working in a studio. Like the photojournalists or documentary photographers he admired, like his heroes Dr. Erich Salomon or Brassaï, he found energy and inspiration in the world around him, on the streets, in hotels, in parks, on trains. He greatly respected the paparazzi, valuing the immediacy and energy in their way of working. Newton created a unique meld of cool, polished stylishness with authentic frontline reporting. His pictures are carefully prepared, minutely controlled and crafted, with every detail of hair, makeup, props, and accessories meticulously overseen, but they work because, however contrived and extreme, they are ultimately believable.

Helmut Newton was born in Berlin into a Jewish family that enjoyed the prosperity generated by their button-manufacturing business. The pampered child of loving parents, Newton enjoyed a charmed childhood, from which date his tastes for grand cars and hotels, for elegant fashions and other symbols of the privileged lifestyle of the old European bourgeoisie. His youthful passions were swimming, girls, and photography; he single-mindedly turned these interests into a way of life. He had little interest in academic studies and eventually persuaded his parents to allow him to abandon school in favor of an apprenticeship in the portrait and fashion studio of the Berlin photographer Yva (Elsa Simon). Newton's idyllic Berlin years were undermined by the rise of the Nazi party and the incremental persecution of Jews. In due course he had no option but to flee. Leaving his family and home in December 1938, he sailed for the Far East. He spent time in Singapore where he worked briefly, but unsuccessfully, as a photographer on the Straits Times and lived self-indulgently as a gigolo. In 1940 he made his way to Australia. After the war Newton set up a studio in Melbourne and worked hard towards his ambition to live by his photography. In 1948 he married June Browne, an actress he met when she visited his studio looking for modeling work. June played a crucial role in Newton's life through more than fifty years, supporting, encouraging, editing, and protecting her husband. 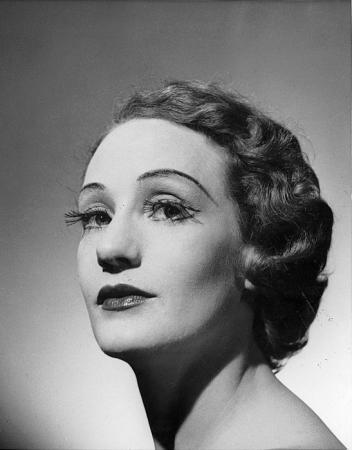 Occasional assignments for the Australian supplement to British Vogue led to an invitation in 1957 to work for a year in London. Newton was unhappy there and found Paris far more to his liking. Work for Jardin des modes provided his first involvement with the world of Paris fashion. He returned to Melbourne to work for Australian Vogue, but he knew his destiny was to work in Europe. The big opportunity came with the offer of a contract from French Vogue in 1961, and his return to Europe at this date marks the beginning of his mature career. This relationship between Newton and French Vogue lasted until 1983. "For twenty-three years," he has said, "I did my best work for French Vogue." He created some of his most celebrated and admired images-such icons as the androgynous model in a Saint Laurent trouser suit in the rue Aubriot at night (1975), Sie kommen, naked and dressed (1981), or the first Big Nudes (1980)-for this magazine. Newton lived to work, and he made fashion pictures at every opportunity for numerous other magazines besides French Vogue, including Elle, Queen, Nova, Marie-Claire, and Stern.

If the 1961 French Vogue contract was a turning point, so too was an unanticipated trauma ten years later. In 1971 Newton suffered a major heart attack on the street in New York. Medical assistance was close by and he recovered, but he was severely shaken by this brush with death and determined from that moment not to waste a single day of his life. He knew he must abandon any inhibitions and concentrate on making only the pictures that he wanted to make, pushing his ideas and instincts to the limit. From this time on, he extended his range to include what he at first called his portraits mondains and his sujets Érotiques. He proved himself immensely skilled in probing the boundaries of acceptability and in creating the strange mood of disquiet that pervades his pictures. Newton drew on his memories of the Weimar Berlin of his childhood and on his nostalgia for prewar Europe. He flirted with the pornographic, challenged conventions, and created a provocative, hybrid photography that embraced fashion, erotica, portrait, and documentary elements, producing a highly stylized exposé of elegant and decadent ways of life. Newton turned his attention to making powerful, confrontational nudes. He conceived witty, erotic picture stories for the American magazine Oui, and he gave his unique twist to the creation of pictures for Playboy.

Newton's portraits of celebrities became an evermore important aspect of his work, and while these were at first mostly related to the worlds of fashion, over the years he broadened his portfolio to include countless people who intrigued him-artists, actors, film directors, politicians, industrial magnates, the powerful and the charismatic from all spheres. Many of these photos were published through the 1980s in Vanity Fair.

Newton staged his first one-man exhibition in Paris in 1975. The following year he published his first book, White Women. Over the next twenty-five years he worked steadily and productively, publishing a series of books and creating countless exhibitions, the most impressive of which was surely the large-scale celebration of his career at the Neue National Galerie in Berlin on the occasion of his eightieth birthday in 2000, accompanied by the simply titled book, Work. His last major project before his death in 2004 was the planning of a foundation devoted to preserving and promoting his archive and that of his wife in his native Berlin.