Garments have been perhaps the most international of consumer products dating back to the late 1800s when Paris couturiers-led by the House of Worth-dictated the styles that affluent women around the world wore. Those garments were composed of rich, imported fabrics and trimmings: silks from China, woolens and velvets from England, damasks and lace from Italy. Back then, representatives from the first department stores in the United States, Chicago's Marshall Field's, R. H. Macy's in New York, and John Wanamaker in Philadelphia, voyaged to Paris in order to purchase haute couture samples, that their workrooms translated into styles suitable for America's growing consumer society.

In the 1980s, the fashion boom popularized designer jeans and athletic shoes and accelerated the globalization of fashion, as licensing became a lifeline to the fashion business, especially couture fashion houses. In fashion licensing, a design house collects a royalty payment between 3 percent to 10 percent of wholesale volume, from an outside manufacturer who produces and markets the merchandise. Licensing enabled designers to put their trademarks on clothes, handbags, jewelry, shoes, and perfume quickly and relatively painlessly. Licensing turned designers like Pierre Cardin and Calvin Klein into household names as they built billion dollar empires marketing sofas, bedsheets, clocks, and even frying pans to an international marketplace.

Modern fashion houses have no national borders. For example, an outfit that carries an Italian fashion label might have well been created in Milan, by a team of British, French, and American designers, and manufactured by contractors from countries in China, Korea, and Mexico.

Like McDonald's and Starbucks, fashion marketers have been forced to think globally in order to cater to a cross section of international shoppers whom they now serve directly. No longer do consumers have to travel abroad to find the top brands, as Giorgio Armani, Valentino, and Polo Ralph Lauren have blanketed the world with boutiques from Buenos Aires to Tokyo.

Thanks to the Internet, Hollywood, and cable television, there is not much difference between consumers in Spain and those in the United States, who are all exposed to the same trends, celebrity role models, and popular music simultaneously. Furthermore, globalization has leveled the playing field, enabling retailers from the Gap to Zara to Target to compete in the multibillion-dollar fashion game, as these discount chains have learned to master the mechanics of delivering fast fashion at rock bottom prices. 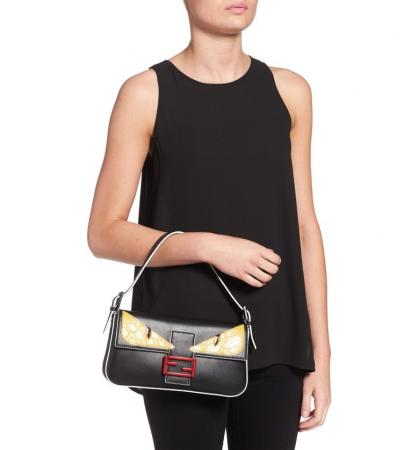 Fashion entered a new era in the 1990s, as the world's buoyant high-tech industries broke the pattern for formal dress codes. Jeans, khakis, and knitwear replaced suits as the new corporate uniform. Seeking higher ground, the high fashion industry could no longer bank on dress-up clothes. Marketers thus found a new hook to captivate consumers: accessories like handbags, shoes, and watches, which could be plastered with showy designer logos and coordinated with casual clothes. Furthermore, accessories delivered higher profit margins than apparel, making them even more attractive to fashion marketers.

Luxury accessories thus became the focal point of such European conglomerates as Gucci, Prada, and LVMH Moët Hennessy Louis Vuitton, which scooped up dozens of faded fashion brands like Givenchy, Yves Saint Laurent, and Fendi. By owning a roster of fashion brands, these clothing giants have benefited from economies of scale. The luxury fashion boom began in the late 1990s as women began collecting status trinkets, the $1,000 Fendi baguette handbags, for example, that they wore to dress up their casual clothes. The accessories boom underscored how international fashion trends have become as shoppers in Tokyo, Paris, and New York all flocked to buy the hot designer handbags of the season.

Industry experts agree the next frontier is the Internet, which takes globalization to new heights. With the click of a mouse from their laptop computers, the world's consumers can conveniently shop the shelves of Harrods in London, L.L. Bean in Maine, Neiman Marcus in Texas, as well as Ebay, the auction Web site that features fashion merchandise offered by millions of individuals from around the world.

More than anything, the Internet has exposed the world's consumers to an infinite range of choices at all price ranges. It is the ultimate example of globalization, built on the back of rapidly changing media, which has further democratized fashion, shrinking the world into a single, accessible marketplace.