Sumptuary laws can be dated to at least the fourth century B.C.E., and while they have largely disappeared in name, they have by no means disappeared in fact. By definition, they are intended to control behavior, specifically the excessive consumption of anything from foodstuffs to household goods. By convention, they have come to be largely associated with the regulation of apparel, their most frequent target. Typically, those issued by executive or legislative entities-and that are thus laws in the legal sense-have lasted no more than a few decades before being repealed or annulled. Infinitely more enduring have been extra-legal pronouncements that codify social or religious precepts, such as the injunction against garments woven of wool and linen proclaimed in Leviticus 19:19 and still obeyed by Orthodox Jews. (The longevity of restrictions on women's dress issued by modern theocracies remains to be seen, now that these have passed from custom into law.)

Sumptuary regulation is of two general types: prescriptive and proscriptive. The first defines what people must purchase, wear, or use, the second what they may not. Although both approaches limit choice, proscriptive laws can be seen as less onerous in so far as individual freedom is concerned since they imply acceptance of anything not expressly forbidden.

Personal liberty is never a factor in such legislation; however, actual statutes are written to address any of a number of sociocultural objectives deemed important by the issuing authority. Rulings in effect between 1337 and 1604 in medieval and renaissance England, for example, reflect multiple (and by no means mutually exclusive) goals: resisting new fashions, protecting public morals, preserving the public peace, maintaining social distinctions, and-extremely important to this commercial nation-defending the domestic economy and promoting home industries. Across the Channel, particularly in Protestant countries, sumptuary laws were more likely to assume the deity to be as offended by sartorial choices as was the government. Here, one might compare an English statute of 1483, which banned without explanation the stylishly short gowns that failed to mask "privy Members and Buttocks" (Statues of the Realm, p. 22) with a Bavarian injunction that prohibited uncovered codpieces because these were offensive to God. After the conclusion of the Thirty Years War in 1648, however, the sumptuary laws of the German states began to resemble those of England in their emphasis on economic issues.

One of the intended outcomes of much sumptuary law is that of separation, the division of people into explicit categories. Modern examples tend to differentiate by religion, whether by choice (the Amish cap) or by coercion (the yellow star). In earlier times, a populace was more likely to be divided by class than by creed; and in hierarchical societies in which ritualized honors were due those of superior rank, status had to be readily recognizable if people were neither to insult their betters (by failing to offer the proper marks of respect) nor embarrass themselves (by extending undeserved courtesies to those beneath them).

The desire for upward mobility may be both innate and unquenchable; however, much of sumptuary legislation is concerned with defining the degrees of rank and wealth that govern the wearing of metals, textiles, colors, decorative techniques, furs, and jewels. Limitations on gold, silks, purples, lace, embroidery, sable, and precious stones are, thus, recurring elements, as are injunctions against certain fashions (including short robes, long-toed shoes or poulaines, and great hose) considered unacceptable for moral, patriotic, or economic reasons. Improving economies raised not only the earnings but also the aspirations of, especially, the merchant classes, however, and England was not unusual in its continuing reformulation of vestimentary prohibitions relative to disposable income. While the threshold most commonly cited in English law is £40, in 1337 Edward III limited the wearing of furs to those with a disposable income of at least £100, and in 1554 Queen Mary lowered the minimum for silk to £20 (although she also insisted on a net worth of £200, an amount reiterated in a Massachusetts law of 1651). 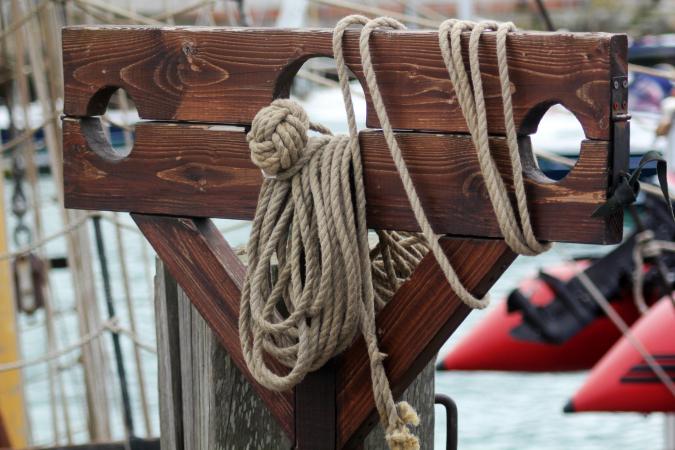 Most sumptuary legislation provides penalties for lawbreakers that could include confiscation of the offending garment, fines (up to £200 in England), tax auditing, the pillory, or even jail. That legislators were themselves subject to (and breakers of) these statutes may help to explain both their lax enforcement and their frequent repeal. In England, at least, lack of compliance was so general that in 1406 Henry IV vainly requested that violators be excommunicated. In 1670, women who used dress and cosmetics to "betray into matrimony any of his majesty's subjects" (Geocities.com Web site) were to be punished as witches.

As might be expected, the attention paid to women in sumptuary law varies with time and country, and does so in ways that reflect their place in society. Generally speaking, early modern sumptuary legislation treats women in one of four ways: it exempts them specifically or ignores them completely (implying that women were of no consequence); or, conversely, it subjects them either to the same requirements as men or to parallel requirements (implying that women were not to be disregarded). There are of course exceptions. A few statutes imply fear of gender confusion. In the third century C.E., for example, the emperor Aurelian barred men from wearing shoes of yellow, green, white, or red since these colors were reserved for women. Others were aimed at keeping women in the home, as did an edict enacted in Rome in the second century B.C.E., that forbade their riding in a carriage in or near populated areas. More (both written and unwritten) were intended to keep them modest-Hebrews, Romans, early Christians, and early Americans alike mandated simplicity in feminine hairstyles, clothing, and accessories. Perhaps not surprisingly, prostitutes received special attention, as did courtesans, who, finding their consorts among the nobility, rather naturally rivaled well-born women in their dress. From at least the thirteenth century onward, European prostitutes were commonly enjoined to wear some form of distinctive clothing, whether striped hoods, striped stockings, colored patches, or bells (interestingly, such markers were prescribed for other social outcasts, among them lepers and Jews).

Collectively, sumptuary laws reflect a need for permanence that is shared by governments, religions, and smaller societal groups alike. That so many have been written and so few endure speaks to the fundamental dissonance between the institutional need for stability and the personal desire for independence.

Geocities.com. "Platform Shoes of the 1600s." Previously available from http://www.geocities.com/FashionAvenue/1495/1600.html.