Wars have been fought, ships sunk, and broader trade wars initiated over trade in textiles. No other industry comes close to matching the significant role the textile sector has held in the history of trade. Inventories of early sailing ships listed textiles as a vital part of the cargo. Critical to the economic development of country after country, the textile industry has provided both products and jobs needed by humans around the world. In the early 2000s, almost every country in the world produces textile goods, resulting in highly competitive global market conditions.

In the late 1600s, British capitalists, inspired by fine cotton fabrics from India, sought ways to produce domestic goods beyond the existing household industry. Thus, England banned Indian fabrics and developed mechanized means of weaving and spinning, launching the Industrial Revolution. Having led the way in changing how goods could be produced, the textile industry provided the groundwork for the transformation of the Western world into a true international economy.

Developments in the United States

British authorities tried to block the development of a textile industry in the colonies by refusing to share new technology and prohibiting trade with other nations. However, soon after America achieved independence, Eli Whitney's cotton gin and Samuel Slater's inventions transformed the budding industry. In years that followed, the sector led the way in many major industrial and social developments, including the emergence of factories, mill towns, employment of women outside the home, and early industrial reform. Later, it became a leader in international trade and trade problems.

Ironically, as soon as the industry began to develop in the states, they applied restrictive measures on imports, similar to the British restrictions they despised. By the late 1700s, Congress imposed tariffs and embargoes on foreign cotton to protect American cotton production. These early barriers on textile imports were a hint of later trade policies for the sector. 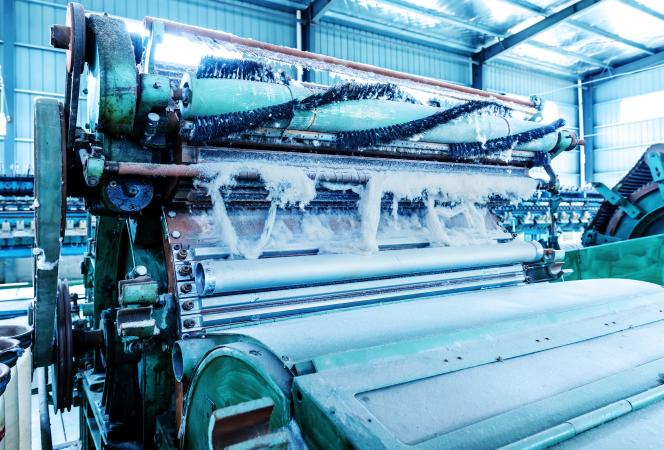 Following industrialization of the textile sector in Europe and the United States, the industry also began to spread to Asia and other parts of the less-developed world. In country after country, the textile and apparel industries became the first sector for nations as each moved beyond an agrarian society. The nineteenth century was a period of tremendous growth for the U.S. cotton industry, emerging as the country's leading manufacturing industry prior to the Civil War. New England textile mills developed and prospered. Trade in general among nations expanded greatly, and a sense of international economic interdependence developed. Expansion in the twentieth century bridged the gaps between continents, creating the global textile and apparel markets that exist in the twenty-first century.

The Complexities of Textile Trade

In virtually every developing nation, the textile/apparel industry has been the springboard for economic development, relying on textile and apparel exports to gain much-needed income. Consequently, intense competition grew, as most countries produced textile and apparel goods for the same markets in more affluent countries. In both the United States and Western Europe, the combined textile/apparel/fiber industries were the top manufacturing employers and vital contributors to the economy in every case. Worried about loss of home markets to imports, domestic producers pressured their governments to enact measures to restrict textile and apparel imports. Political leaders could hardly afford to ignore this pressure because these large industries represented large, powerful voting blocs. As a result, complex trade policies emerged at both the international and national levels to manage textile trade.

Applying restrictions on textile imports from other countries was a sensitive matter for the U.S. government, because this country had been one of the leaders in bringing countries together in 1947 to form the General Agreement on Tariffs and Trade (GATT). Of significance, the purpose of GATT was to reduce and eliminate restrictive barriers on trade from other countries. Restrictions on textile imports would seriously violate this principle.

With pressure from the United States and Europe, a multilateral system emerged that provided the protection the industry sought. Trade policies for textiles and apparel from the early 1960s on were no longer subject to the general rules of GATT that governed trade for all other sectors. Instead, the textile/apparel trade had its own set of rules that violated many of the basic aims of GATT by allowing restrictions on textile and apparel imports and by permitting discrimination among trading partners.

In the 1960s, policies limited cotton imports. As manufactured fibers emerged, new rules were needed to cover those. Under the resulting 1974 Multifiber Arrangement (MFA), trading partners negotiated agreements that set quota limits on the volume of textile and apparel products allowed into the more-developed countries. Always a controversial measure, less-developed nations felt the MFA quota system stifled exports in one of their leading sectors. In contrast, domestic producers in more-developed countries considered the MFA inadequate in stemming the tide of imports, while retailers and importers in those nations felt it limited their global buying. Additionally, scholars and economists considered the MFA an outrageous violation of GATT principles.

Developing nations had long protested the barriers on their textile and apparel goods and succeeded in bringing an end to the quota system. As part of the GATT-sponsored Uruguay Round of trade talks, GATT became the World Trade Organization (WTO), and the MFA was replaced by the Agreement on Textiles and Clothing (ATC). The ATC was basically a ten-year phase-out plan that eliminated the quota system in three stages. At the end of the ten years, quotas were removed on textile and apparel products, and tariffs were reduced. On 1 January 2005, all products in this sector came under the general WTO rules for all trade and no longer received the special protection in place for forty years.

A new global trade era emerged for the sector, and major shifts in production sites are expected to occur. Developing countries, whose economic future is tied to this sector, will undoubtedly expand exports; however, some will suffer from competition from major players such as China-no longer having the guaranteed market access that quotas provided. More developed countries are likely to see a continuing shift of textile and apparel production going to low-wage countries. Retailers have free rein to shop global markets. And, finally, consumers reap benefits from the intense global competition that provides variety and competitive prices for textile and apparel goods.

Cline, William. The Future of World Trade in Textiles and Apparel. Washington: Institute for International Economics, 1987.