Here today, gone tomorrow. It is hard to identify a fad until it has fizzled. Fashion cycles, more generally, vary in speed; fads are those particular fashion cycles that "take us by surprise, but also fade very quickly" (van Ginneken, p. 161). The term "fashion" implies "strong norms" (Crane, p. 1), and although this criterion may also apply to fads, these norms are of shorter duration and within a more limited population. Fred Davis goes so far as to say that fashion itself "somehow manage[s] on first viewing to startle, captivate, offend," but ultimately "engage[s] the sensibilities of some culturally preponderant public, in America the so-called middle mass" (p. 15). By implication, a fad represents a temporary and limited divergence from a more general path of fashionability; the "so-called middle mass" may never approve.

A perusal of academic books in fashion studies over the last decade reveals that the term "fad" itself may have fallen out of style. Even Arthur Berger's text Ads, Fads, and Consumer Culture includes little mention of fads. Still, popular media feature lists of "what's hot" versus "what's not." Why aren't these called fads? Perhaps the time-space nexus associated with contemporary fashion cycles is at issue: Influencing the rapidity and scope of "what's hot" are factors such as a global economy, rapid technological change and media influence, "fast fashion" (or speed-to-market production), and a fashion system that combines branded commodities with stylistic diversity among consumers.

Nevertheless, a case can be made for interpreting the concept of fad for its historical, heuristic, and analytical significance. Issues of time, identity, stylistic detail, expression, and emotion all come into play in contemporary life, regardless of what we call the phenomenon in question. Historically, the term has been used to characterize collective behavior that may range from an article of clothing or an accessory (or how it is worn) to a hair-style or other way of grooming. Or, it may describe toys or gadgets, or even activities or practices that do not require consumer purchase. Fads tend to be: (1) of a strikingly new or revolutionary quality that sets them apart from current fashion; (2) short-lived, with a rapid growth in popularity and demise; (3) accepted only in, and intensely popular within, small groups or subcultures; and (4) often "nonessential," "mostly for amusement," or a "passing fancy."

The concept of a fad seems to relate almost as much to who participates as it does to time. According to the Oxford English Dictionary the term is related to the earlier concept of fidfad (short for fiddle-faddle). A fidfad, dating back to 1754, was a person who gave "fussy attention to trifles." In the mid-nineteenth century, the terms "fad" and "faddish" were used to refer to shallow or unpredictable patterns of behavior or people.

It is interesting to note that the Oxford English Dictionary has not added new entries for the concept since its 1989 edition. However, it has generated related concepts that deserve careful attention: namely, "trendy" and "fashion victim." Trendiness implies the state of being fashionable and up to date; it also connotes following the latest trend ("sometimes dismissively"). Since the early 1960s, "trendy" and "trendiness" have begun to displace the concept of fad linguistically. By the 1980s, the concept of trendy had become well-entrenched in everyday speech. The connotation of being shallow or narrowly focused persisted; the term still does not describe individuals who are immersed in the larger, "mainstream" issues of the day. Dating back to the eighteenth and nineteenth centuries, the concept of a trend implied divergence from the mainstream-initially in the context of physical or geological manifestations (for example, streams, currents, or valleys). By the 1960s, the idea of trend analysis had taken hold in the social context as well. The idea of a fad was morphing into a "trend."

Aside from issues of intensified speed, media saturation, and identities and intentions, there is the question of who benefits from fads or trends, and how. Accordingly, Marx and McAdam made an analytical distinction between "spontaneous" and "sponsored" fads. The former appear and spread without the involvement (at least initially) of an entrepreneur or business. Usually a spontaneous fad can be pursued without an extensive monetary commitment; it tends to be behavioral in nature. Examples might include goldfish swallowing in the 1920s or "streaking" (running naked) in the 1970s; both of these fads spread and deceased rapidly as trends on college campuses. In contrast, a sponsored fad tends to be consciously promoted; this is probably most obvious when applied to toys or gadgets (for example, the "pet rock" fad of the mid-1970s or the Pog craze of the early 1990s).

Although there may be heuristic reasons for making distinctions between spontaneity and sponsorship in fads (just as there might be similar reasons for distinguishing fads from fashions), the two often become inextricably intertwined, especially in a commodified, branded, and celebrity-oriented consumer culture. First, it is difficult to ascertain in advance what will endure. Second, most fads or trends seem to include a commodity in some way, even (maybe especially) if it is somewhat affordable. Third, what may begin as a spontaneous fad (using the materials one has on hand to modify one's appearance, for example) can quickly become appropriated commercially. The phenomenon of trend spotters, or later, "cool hunters," took hold in the latter part of the twentieth century. Apparently, some analysts were able to spot or hunt trends so as to capitalize on them in some way. 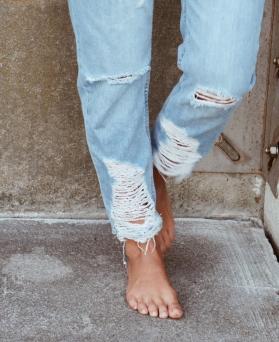 Subcultural style, in particular, is open to such appropriation. In the mid-1970s, British working-class youth experimented with safety pins as accessories, with the use of Vaseline to spike their hair, and with ways of ripping their clothes. These looks were soon appropriated by top fashion designers and the apparel and beauty industries. Similarly, the hip-hop styles of inner-city (often African American) youth in the United States in the late 1970s became mainstream even in the suburbs of white, middle-class youth populations. Both of these examples were innovated by limited segments of society and then became more mainstream. But the time factor does not quite fit the classic definition of a fad. For example, the "sagging" trend associated with hip-hop male pants styles is still a way some young men of various ethnic backgrounds continue to wear their pants at the time of this writing. Whereas some adults might describe this look as a fad, younger people might simply characterize it as a longer-lasting fashion that resonates with some individuals and groups their age.

The approximately 250-year-old concept of fidfad reminds us that a fad is likely to be in the eye of the beholder. For example, when does the tendency to be trendy (or faddish) merge into that of becoming a fashion victim? Not surprisingly, the concept of fashion victim is usually used in a diminutive or depreciative way. The implication is that a fashion victim is susceptible to change, without devoting "serious" thought (as might a connoisseur) to the meaning of that change.

Michelle Lee's 2003 book Fashion Victim, intimates that fashion victim is an inclusive concept-not one confined to certain, limited groups within the population: "The Fashion Victim is all around us. The Hollywood startlet who's personally dressed by Donatella Versace is no less a Fashion Victim than the small-town salesgirl who hops on every fad at her local JC Penney" (p. xi). She goes on to say that a fashion victim is "anyone who has ever looked back at old pictures and cringed" (p. xii).

Fiddle faddle. The concept of a fad is frustrating and difficult to distinguish from fashion in general. Issues of time, identity, fun, commodification, appropriation, looking back, and moving forward all relate to the concept of fad as it has been used historically and analytically. None of these issues is without its own ambiguities. Still, fads, by any name or duration, are likely to remain a part of how we live and change. 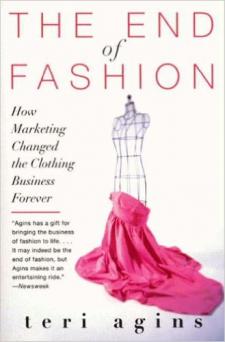 The End of Fashion

Agins, Teri. The End of Fashion: The Mass Marketing of the Clothing Business. New York: William Morrow and Company, 1999.