Identity is one of the most compelling and contentious concepts in the humanities and social sciences. Fashion becomes inextricably implicated in constructions and reconstructions of identity: how we represent the contradictions and ourselves in our everyday lives. Through appearance style (personal interpretations of, and resistances to, fashion), individuals announce who they are and who they hope to become. Moreover, they express who they do not want to be or become (Freitas et al., 1997). Appearance style is a metaphor for identity; it is a complex metaphor that includes physical features (for example, skin, bodily shape, hair texture) as well as clothing and grooming practices. Because the latter are especially susceptible to change, they are prone to fluctuating and fluid ways of understanding oneself in relation to others within the larger context of fashion change.

Appearance style visually articulates multiple and overlapping identities such as gender, race, ethnicity, social class, sexuality, age, national identity, and personal interests, aesthetic, and politics. Not all of these identities are consciously present at any given moment; power relations influence one's awareness of one identity or another. Privileged identities (such as whiteness, masculinity, heterosexuality) are often taken for granted as being "normal" or "natural." But because identities intersect and overlap, their representation is seldom simple. From a cultural studies perspective, identities have not only histories but also futures: They come from somewhere, they are complex and contradictory, and they enable us to express who we might become (Ang 2000).

Expressing who we are and are becoming in words can be a challenge; appearance style seems to offer a way of articulating a statement that is difficult to put into words-that is, emerging and intersecting identities. In fact, it is easier to put into words who we want to avoid being or looking like (that is, not feminine, not too slutty, no longer a child) than it is to verbalize who we are (Freitas et al., 1997). Moreover, one identity blurs or blends into another identity (for example, gender into sexuality). And, articulations of identity are often ambivalent. Davis (1992) argued that identity ambivalences provide the "fuel" or ongoing inspiration for fashion change. Fashion-susceptible ambivalences include the interplay between youth versus age, masculinity versus femininity, or high versus low status, among many other possibilities within and across identities.

Identity in the Social Sciences

The study of identity in the social sciences and humanities can be traced to a longer history of the self, personality, and subjectivity, especially in modern Western cultures. Breward (1995) identifies the middle to late sixteenth century as a time when there was a heightened self-consciousness about identity as something that could be individually "fashioned" (p. 69). By the eighteenth century, philosophers (such as Hume and Rousseau) were questioning what constitutes one's true selfhood, when traditional societies were breaking down (Kellner 1994). (It is important to note that this questioning still assumed the subjectivity of a white, bourgeois male.) Also in the eighteenth century, consumers began to establish more personalized relationships with individuality, modernity, culture, and clothing (Breward 1995, p.112). For example, the "molly" culture of eighteenth century London provided a means for males to transgress traditional boundaries of masculinity by experimenting with feminine clothing and accessories. By the nineteenth century, consumption linked identity directly to one's possessions, especially among bourgeois Western women. At the same time, new ways of expressing identifications and disidentifications in city life were emerging (for example, bohemians, dandies; Breward 2003, p. 218).

The modern fashion consumer was moving away "from a concern with elaborate artifice" toward one of individual expression (Breward 2003, p. 200). Crane (2000) describes this as a shift from class fashion to consumer fashion. This was not a smooth process. Modernity itself created fragmentation and dislocation, producing a paradoxical sense of what it meant to be an individual. Wilson (1985) theorizes that a modern sense of individuality functions like a wound that generates fear about sustaining the autonomy of the self; fashion somewhat assuages that fear, while also reminding us that individuality can be suppressed (p. 12). 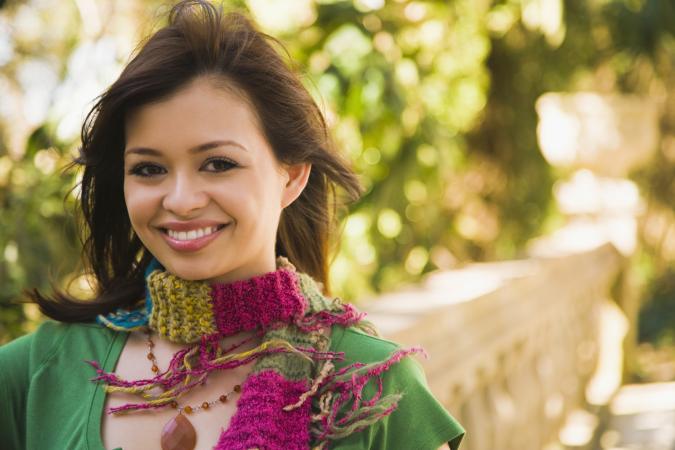 Although for centuries clothing had been a principal means for identifying oneself (for example, by occupation, regional identity, religion, social class) in public spaces (Crane, 2000), the twentieth century witnessed a wider array of subcultural groupings that visually marked "their difference from the dominant culture and their peers by utilizing the props of material and commercial culture" (Breward 2003, p. 222). In the 1960s, sociologist Gregory Stone (1965) argued that identity has many advantages over the more fixed, psychological concept of personality, and that identity is not a code word for "self." Rather, identity is an announced meaning of the self-one that is situated in and negotiated through social interactions. He argued that appearance is fundamental to identification and differentiation in everyday life. The "teenage phenomenon" of the 1950s and 1960s made this very apparent by fostering an awareness of age identity as it intersected with a variety of musical and personal preferences-all coded through appearance styles. The social movements (civil rights, feminist, gay and lesbian rights) of the late 1960s and early 1970s further accentuated stylistic means for constructing and transgressing racialized, ethnic, gender, and sexual identities.

From the post-1960s to the present-a period described as everything from post-industrial to postmodern-an advanced (global) capitalist marketplace has produced an eclectic array of commodities from which individuals can select, mix, and match to produce their identities (Kaiser 1999; Kaiser, Nagasawa, and Hutton, 1991). Wilson (1992) reminds us that despite modern (or postmodern) fragmentation, we ultimately do not choose our bodies, "so postmodern playfulness can never entirely win the day" (p. 8). In the context of ongoing fashion change, appearance style functions ambiguously both to (a) resist "older" ideas about fixed personality or true self and (b) fix identity (for example, ethnicity, sexuality, religion) more firmly. As the global and local penetrate one another, style and fashion afford strategies for articulating the "contradictory necessity and impossibility of identities … in the messiness of everyday life" (Ang 2000, p. 11). 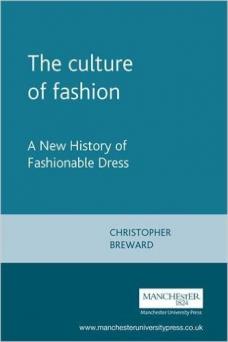 The Culture of Fashion

Crane, Diana. Fashion and Its Social Agendas: Class, Gender, and Identity in Clothing. Chicago and London: The University of Chicago Press, 2000.

Stone, Gregory P. "Appearance and the Self." In Dress, Adornment, and the Social Order. Edited by Mary Ellen Roach and Joanne B. Eicher. New York: Wiley, 1965.