Predicting the future of fashion can be as analytical as market research and statistical analysis allow, or as speculative as the predictions William Norwich of the New York Times received when in April 2003 he playfully asked the fashion world's favorite psychic the question, "Where is the future of fashion?" Attempts to influence the future of fashion-made at times by dress reformers, moralists, and social thinkers-have invariably had little effect. Actual influences on fashion have typically stemmed from changing technologies, political events, and the creativity of certain individuals.

The manufacturing of clothes has always been affected by technological advances. The sewing machine revolutionized the clothing industry in the nineteenth century, and zippers altered clothing construction when they were perfected for use in the 1930s. In the early 2000s, technological innovations in fabrics influence how designers think about clothing, with textiles being developed that have properties unheard of in natural fibers. The abilities of these high-tech fabrics to stretch to over-whelming sizes or change their structure according to temperatures inspire clothing designers and blur the lines between fashion and industrial design. The Italian firm Corpo Nove designed a shirt woven with titanium that reacts to shifts in temperature. Wrinkles in the fabric are released when the shirt is exposed to hot air. Another item from the firm is a nylon jacket with a cooling system. The changing face of communications is also influencing styles of the future. A nylon jacket, manufactured by Industrial Clothing Design, a venture of Philips Electronics and Levi Strauss and Company, features a "fully integrated communications and entertainment system" (Lupton, p. 153).

Designers are also looking at ways of incorporating clothing with other functions of daily life. The C.P. Company has produced jackets that transform into chairs, tents or sleeping mattresses. Ixilab, a Japanese firm, designed plastic shorts with a cushion in the rear that inflates for the wearer to have a place to sit. New ideas for multifunctional clothing are also coming from industrial designers. A class called Weaving Material and Habitation at Harvard's Graduate School of Design "has been experimenting with Lycra-spandex type materials that can stretch out to four times their original size. A poncho or sweater might expand into a 7-foot-by-4-foot tarp" (Stevenson, p. 28).

Throughout fashion history, shifts in styles have been attributed to political and historical events. America's war with Iraq has elicited reactions from fashion designers ranging from antiwar sentiments to militaristic overtones. Proponents of various political and social issues attempt to influence what people wear and how clothes are produced. Antifur organizations frequently disrupt fashions shows featuring animal fur. The exploitation of labor is another controversial issue. Some politically minded consumers boycott clothes produced in factories and countries considered to have unfair labor practices. For some designers, these issues resonate; Katharine Hamnett has said that her goal is "the hope of making clothing that is environmentally friendly" (Jones and Mair, p. 209).

Primarily the fashion designers, in their roles as creators, determine the course of fashion. As a result, clothing designers are often asked to look into the future. Over time, their ideas and themes relating to these predictions remain almost constant. In 1968, André Courrèges described the future of fashion: "Women have become liberated little by little through thought, work, and clothes. I cannot imagine that they will ever turn back. Perhaps they will continue to suffer occasionally to be beautiful, but more than ever they seek to be both beautiful and free" (Fashion, Art, and Beauty, p. 140). He might have said the same in the early 2000s. 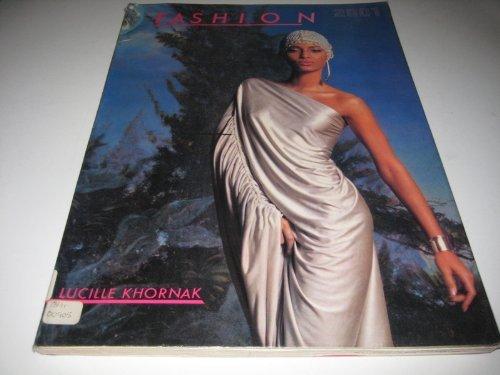 In her 1982 book Fashion 2001, Lucille Khornak asked fashion designers to each select a garment that would reflect fashions in 2001, and she interviewed them about how fashions would change by 2001. Many of the predictions made were unlikely to be achieved in that short period: "Paco Rabonne predicts that the clothes of the future will be premolded, bound or welded-no longer will they be sewn" (Khornak, p. 7). Issey Miyake is one designer rethinking how to make clothes for the future. Miyake's A-POC (A Piece of Cloth) features knitted tubes of fabric with markings for an outfit. When purchased, the fabric is cut by the wearer to make different articles of clothing. But ideas such as these are beyond the realm of mainstream fashion in the early twenty-first century.

One of the ongoing influences on fashion is the shift in women's roles in society. Fashion designers look at these changes from various angles and possibilities: the approach of unisex or androgynous clothing; the working woman's wardrobe as compared with men's wear; or the validity of femininity now that women are supposedly equal. The result is a spectrum of styles that caters to a diverse group of women, yet retains many stereo-types. Fashion continues to represent female sexuality as both demure, with pleats and bows and flowing chiffon, and as aggressive, with leather, corsetry, and body-revealing shapes. This dichotomy was featured in a 20 July 2003 New York Times Magazine fashion editorial of "good girl/bad girl" clothing.

Influence of the Human Body

The human body plays as integral a role as the clothes for many fashion designers working in the early 2000s. The idea of clothing as a "second skin" is often discussed when designers speak of the future of clothing. This concept has yet to be achieved with the wearing of only body stockings, or as Jean Paul Gaultier predicted in 1982 that we "spray on a latex body suit" (Khornak, p. 62). Yet this idea of a second skin continues to interest Gaultier and other designers. For his Fall 2003 collection, Gaultier created patterned bodysuits, worn under clothes, including one outlining the body's arteries. More often fashion designers attempt to mold the body into other shapes. While the concept differs little from bustles of the nineteenth century, the results found in the early twenty-first century differ greatly. As Walter van Beirendonck, the Belgian designer for Wild and Lethal Trash, said, "the body of the future will be different" (Lupton, p. 187).

How fashion designers will manifest their ideas depends partly on the changing structure of the fashion industry and the evolving needs, and demands, of consumers. There remains the ongoing question regarding the demise of French couture and the stimulus to fashion from street styles. In The End of Fashion, Teri Agins argues that street style, consumer demands, and profit making have changed and will continue to alter the fashion industry. "In today's high-strung, competitive marketplace, those who will survive the end of fashion will reinvent themselves enough times and with enough flexibility and resources to anticipate, not manipulate, the twenty-first century customer" (Agins, p. 16). While Agins's theories apply to the marketplace, fashion in the twenty-first century still belongs to the elusive world of luxury, status, sex, and glamour. While fashion is known to be fleeting, many predictions about its future are slow to arrive.

Comments
© 2006-2021 LoveToKnow, Corp., except where otherwise noted. All Rights Reserved.
Future of Fashion