Display of wealth through dress became customary in Europe in the late thirteenth century. Therefore, a person's class affiliation could be assessed with relative ease. Because dress was recognized as an expressive and a potent means of social distinction, it was often exploited in class warfare to gain leverage. Dress was capable of signifying one's culture, propriety, moral standards, economic status, and social power, and so it became a powerful tool to negotiate and structure social relations as well as to enforce class differences.

For example, the sumptuary laws in Europe in the Middle Ages emerged as a way to monitor and maintain social hierarchy and order through clothes. People's visual representation was prescriptive, standardized, and regulated to the minutest detail. The types of dress, the length and width of the garment, the use of particular materials, the colors and decorative elements, and the number of layers in the garment, for instance, were confined to specific class categories. However, after society's lower-class groups relentlessly challenged the class structure and evaded the sumptuary laws' strictures, the laws were finally removed from statute books in the second half of the eighteenth century.

The sartorial expression of difference in social rank is also historically cross-cultural. For example, in China, a robe in yellow, which stood for the center and the earth, was to be used only by the emperor. In Africa among the Hausa community, members of the ruling aristocracy wore large turbans and layers of several gowns made of expensive imported cloth to increase their body size and thus set them apart from the rest of the society. In Japan, the colors of the kimono, its weave, the way it was worn, the size and stiffness of the obi (sash), and accoutrements gave away the wearer's social rank and gentility.

The History and Substance of Social Class System

Social class is a system of multilayered hierarchy among people. Historically, social stratification emerged as the consequence of surplus production. This surplus created the basis for economic inequality, and in turn prompted a ceaseless striving for upward mobility among people in the lower strata of society.

Those who possess or have access to scarce resources tend to form the higher social class. In every society this elite has more power, authority, prestige, and privileges than those in the lower echelons. Therefore, society's values and rules are usually dictated by the upper classes.

Philosopher and economist Karl Marx argued that class membership is defined by one's relationship to the means of production. According to Marx, society can be divided into two main groups: people who own the means of production and those who do not. These groups are in a perpetual, antagonistic relationship with one another, attempting either to keep up or reverse the status quo. Sociologist Max Weber extended Marx's ideas by contending that social class refers to a group of people who occupy similar positions of power, prestige, and privileges and share a life style that is a result of their economic rank in society.

Social class theories are problematic for a number of reasons. They often conceptualize all classes as homogenous entities and do not adequately account for the disparities among different strata within a particular social class. These theories also tend to gloss over geographic variants of class manifestations, such as urban and rural areas. A host of other factors, such as gender, race, ethnicity, religion, nationality, and even age or sexuality, further complicate the theories.

Social Class in the Twenty-First Century 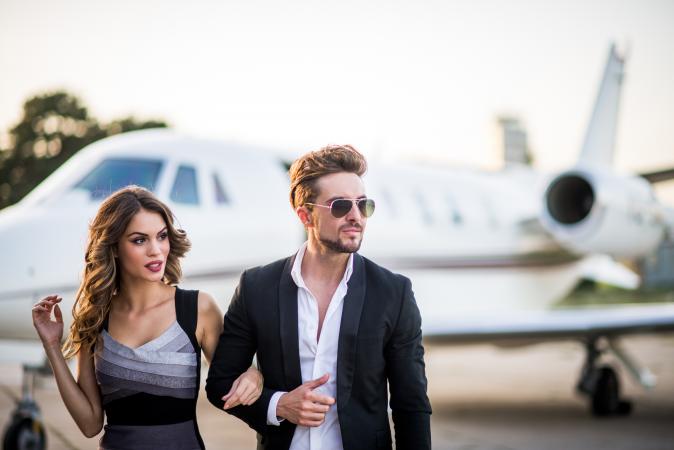 In the twenty-first century, assessing one's social class is no longer a straightforward task because categories have become blurred and the boundaries are no longer well defined or fixed. Now one's social class would be decided by one's life-style choices, consumption practices, time spent on leisure, patterns of social interaction, occupation, political leanings, personal values, educational level, and/or health and nutritional standards.

Since, in global capitalism, inter-and intra-class mobility is not only socially acceptable but encouraged, people do not develop a singular class-consciousness or distinct class culture. Instead, they make an effort to achieve self-representation and vie for the acceptance of their chosen peer group. The progress of technology has also helped provide access to comparable and often identical status symbols to people of different class backgrounds across the globe. At the same time, however, as sociologist Pierre Bourdieu argues in his treatise Distinction (1984), the dominant social classes tend to possess not only wealth but "cultural capital" as well. In matters of dress, this capital manifests itself in the possession of refined taste and sensibilities that are passed down from generation to generation or are acquired in educational establishments.

According to economist and social commentator Thorstein Veblen, the drive for social mobility moves fashion. In his seminal work, The Theory of the Leisure Class (1899), Veblen claims that the wealthy class exercised fashion leadership through sartorial display of conspicuous leisure, consumption, and waste. The dress of people in this group indicated that they did not carry out strenuous manual work, that they had enough disposable income to spend on an extensive wardrobe, and that they were able to wear a garment only a few times before deeming it obsolete.

Although sociologist Georg Simmel is not the sole author of the "trickle-down" theory, the general public still attributes it to him. In his article, Fashion (1904), Simmel argued that upper-class members of society introduce fashion changes. The middle and lower classes express their changing relationship to the upper classes and their social claims by imitating the styles set by the upper classes. However, as soon as they complete this emulation, the elite changes its style to reinforce social hierarchy. But as Michael Carter's research in Fashion Classics (2003) demonstrates, imitation and differentiation does not occur necessarily one after the other in a neat fashion. Instead, there is an ongoing, dynamic interaction between the two. Besides, within each class as well as among the different classes, there is an internal drive to express and assert one's unique individuality.

By the 1960s, the fashion industry had begun to produce and distribute more than enough products for everyone to be able to dress fashionably. This democratization of fashion means that by the twenty-first century anyone across the world could imitate a new style instantaneously. The direction of fashion change is no longer unilinear-it traverses geographical places, and flows from both the traditional centers of style as well as "the periphery." Through global media and popular culture, members of the lower classes, and subcultural and marginal groups, have been able to influence fashion as much as those in the upper classes. Therefore, it has become more appropriate to talk about a "bubbleup" or "trickle-across" theory.

Although social class is no longer a significant category of social analysis, one remains cognizant of it. The display of one's social standing through dress has become more subtle, eclectic, and nonprescriptive. The key to assessment in the early 2000s is often in the details. Higher status is indicated by a perfectly cut and fitted garment, the use of natural and expensive fabrics, and brand-name wear. One's class affiliation is often given away only by the choice of accessories, such as eyeglasses, watches, or shoes. A stylish haircut, perfect and even teeth, and especially a slender body often have become more of a class signifier than dress itself. 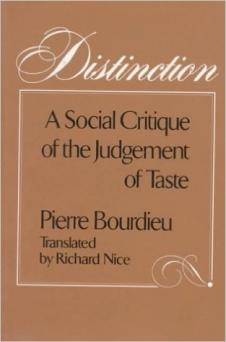 Lovely couple at the airport