A North American economist and sociologist, Thorstein Veblen (1857-1929) was an unrelenting critic of late nineteenth-century industrial society and in particular of the hierarchy of values associated with its dominant group, which Veblen named the leisure class. Clothing and fashion, he argued, were important as a way in which this group competed among themselves for prestige and social status.

Veblen sought to understand the aims and ambitions of the leisure class by uncovering the economic motives that were at the center of their actions and values. In his classic text, The Theory of the Leisure Class: An Economic Study in the Evolution of Institutions (1899), he concluded that the economic activity of the leisure class is driven by a way of life given over to either the maintenance or the acquisition of "honorable repute." The key to gaining status, argued Veblen, is for the households within the leisure class to dispose publicly of their wealth according to the principles of conspicuous consumption and conspicuous leisure. Adherence to these principles shows that a household and its members are able to consume without participating in the "demeaning and unworthy" activities attached to the "the industrial process."

Although Veblen scrutinized a wide range of expenditures-including houses, food, gardens, and household pets-he singled out clothing for special consideration. As he observed, "no line of consumption affords a more apt illustration than expenditure on dress" (p. 123). This is because clothing is a social necessity and to be in public is, by necessity, to be clothed. By being on show, clothing becomes a prime indicator of its wearer's "pecuniary repute" (p. 123), and since, in modern industrial society, clothing is a universal item of consumption, it is difficult for anyone to ignore the pressures of competitive emulation. Dress, therefore, is ideally placed as a vehicle with which to assert superior status in relation to one's peers within the leisure class, as well as collectively displaying the superiority of this class over all others. Veblen concluded that dress has only a tentative connection to protection and bodily comfort, observing that "it is by no means an uncommon occurrence, in an inclement climate, for people to go ill clad in order to appear well dressed" (p. 124).

Veblen argued that a prime function of dress within the leisure class is to display the wearer's wealth by their consumption "of valuable goods in excess of what is required for physical comfort" (p. 125). According to Veblen the most immediate form of conspicuous consumption is quantity, or the possession of items of clothing (for instance shoes or suits) far beyond the requirements of reasonable daily wear. However, dress in the leisure class is also subject to considerations of quality. Ability to pay can also be demonstrated by the ownership of garments distinguished by the expensiveness of their materials, such as the goat hair used to weave pashmina shawls. Time-consuming methods of garment construction, and therefore expense, can, Veblen argued, insinuate itself into the esteem in which its wearer will be held. The comparison between a handmade garment and a machine-made one is almost always in favor of the former. Finally, the scarcity of a garment can also be a factor in adding to the repute of its wearer. An original item from the studio of a famous designer, or a garment bearing the label of a chic fashion house, carries more prestige than an undistinguished item of clothing.

One final way that members of the leisure class exhibit pecuniary strength is always to appear in fashionable, up-to-date clothing. Veblen observed that "if each garment is permitted to serve for but a brief term, and if none of last season's apparel is carried over and made further use of during the present season, the wasteful expenditure on dress is greatly increased" (p. 127). 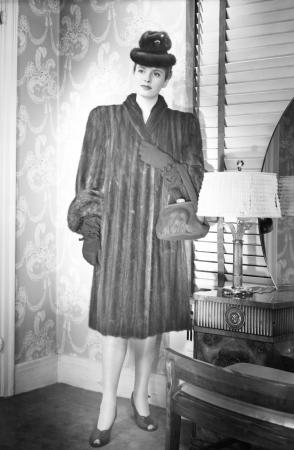 Veblen's exploration of the dress of the leisure class extends beyond the ways in which individuals consume items of clothing and engages with the very forms and styles assumed by these garments. As he wrote, "Dress must not only be conspicuously expensive; it must also be 'inconvenient'" (p. 127). This is because, within the competitive logic of the leisure class, overt displays of wealth can be supplemented by wearing clothes that show the person in question "is not engaged in any kind of productive labour" (p. 125). Veblen uses this idea of conspicuous leisure to great effect in explaining the enormous differences in the form taken by men's and women's clothing at the end of the nineteenth century.

In scrutinizing contemporary men's clothing for evidence of the principle of conspicuous leisure, Veblen argued that there should be an absence on the male garments of any evidence of manual labor such as stains, shiny elbows, or creasing. Rather, elegant men's dress must exhibit signs that the wearer is a man of leisure. As he states, "Much of the charm that invests the patent-leather shoe, the stainless linen, the lustrous cylindrical hat, and the walking stick … comes of their pointedly suggesting that the wearer cannot when so attired bear a hand in any employment that is directly and immediately of any human use" (p. 126).

The dress of the women of the leisure class, while embodying the salient principles of conspicuous consumption and conspicuous leisure, is also influenced by the inferior social position they occupy within the leisure-class household. It is the job of the woman, argued Veblen, "to consume for the [male] head of the household; and her apparel is contrived with this object in view" (p. 132). By wearing garments that are both expensive and inconvenient, such as ornate dresses, corsets, and complicated hats, women show that they do not need to work and so increase the "pecuniary repute" in which the head of the family is held. Veblen was one of the first modern thinkers to relate the appearance of women to their weak social and economic position.

Although Veblen's analysis of dress and fashion has proved fruitful in social and historical contexts beyond what he originally envisaged, he always considered his study to be an explanation applicable primarily to what took place within the leisure class, not as a universal theory of dress. Strongly influenced by Charles Darwin's theory of evolution, Veblen believed that in the future men and women would progress beyond the restless changes of dress styles encouraged by "pecuniary culture." In their place would emerge a set of relatively stable costumes similar to those Veblen imagined had existed in ancient Greece and Rome, China, and Japan.

Thorstein Veblen. "The Economic Theory of Women's Dress." In Essays in Our Changing Order. Edited by Leon Ardzrooni. New York: Viking Press, 1964. This is Veblen's account of the historical and economic origins of women's dress.